A team of HBP scientists in Madrid have published detailed 3D-maps of around 25,000 synapses in the Human Hippocampus. This part of the brain is known for its involvement in memory, learning and spatial orientation, and for being affected early in Alzheimers disease. Synapses are tiny contact points through which signals pass from one neuron to the other. The study provides the first detailed description of synaptic structure in this part of the brain.

The team of Prof. Javier DeFelipe at the Laboratorio Cajal de Circuitos Corticales (Centro de Tecnología Biomédica; UPM/CSIC, Madrid) and their collaborators led by Lidia Blázquez-Llorca used Electron Microscopy to image and reconstruct synapses from thin sections of donated brain tissue. The analysis revealed remarkable differences, with synapses more densely packed in some layers of the hippocampus than in others. The more precise picture could contribute to a better understanding of changes in disease and advance computational models of the brain. The ultrahigh-res datasets are made available through the Human Brain Project’s EBRAINS Knowledge Graph. 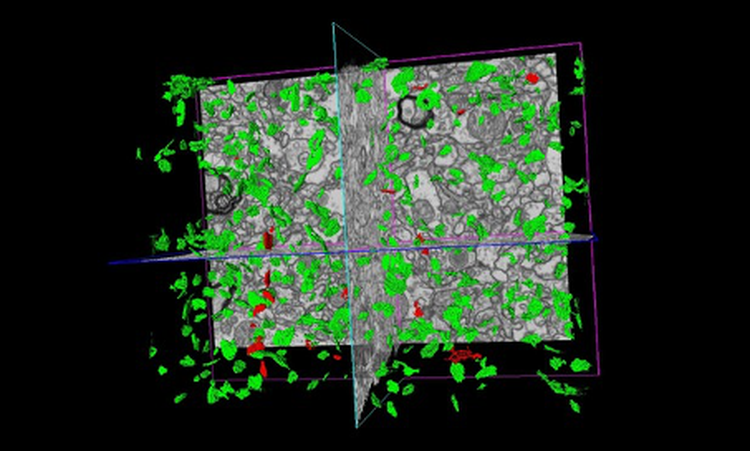 The datasets are published through the EBRAINS Knowledge Graph

The hippocampus as never seen before
Read more