A new “mathematical language” to classify seizures in epilepsy could lead to more effective clinical practice, researchers from Europe, the US, Australia and Japan propose in a new publication in eLife. An epilepsy model developed by the Human Brain Project provides the basis for the novel framework, which could also push forward basic understanding of the disease. 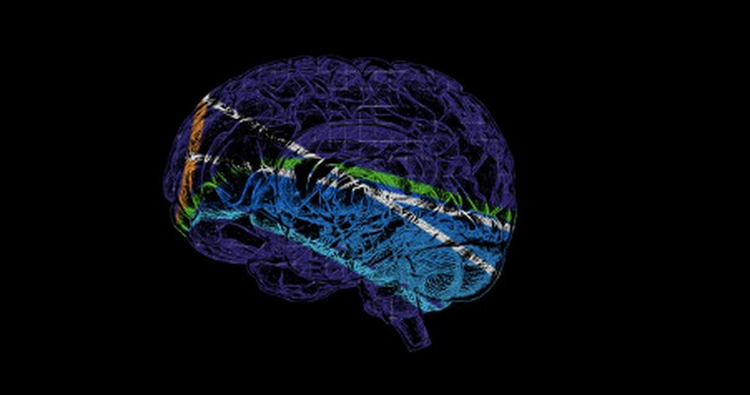 Epilepsy is a wide-spread neurological disorder that affects around 50 million people worldwide. It is characterized by recurrent epileptic seizures, which are sudden bursts of electrical activity in the brain. There are many different types of seizures, and a person with epilepsy can experience more than one type.

Clinicians today use EEG measurements, with electrodes either placed on a patient’s scalp or inside the brain, to identify when and where a seizure begins. But these measurements alone do not always provide enough information to understand the type of seizure and make optimal decisions regarding treatment.

Now, an international team of researchers led by Aix-Marseille University in France and the University of Michigan has proposed a new classification system of seizures based on a deep understanding and mathematical modelling of brain oscillations. “It represents the first objective and unbiased taxonomy of its kind”, says one of the lead authors, HBP-scientist Prof. Viktor Jirsa from Aix-Marseille University.

The researchers used "bifurcation theory" – a method commonly used in fields such as physics and engineering – to analyze data from over a hundred patients across the globe. Researchers from the University of Melbourne and Monash University, both in Australia, the University of Freiburg in Germany, and Kyoto University in Japan also contributed to the work. Seizures with similar properties were categorized into groups. They found sixteen types of seizure dynamics – or ‘dynamotypes’ – with distinct characteristics. “Similar to the periodic table of elements in chemistry, we demonstrated the existence of a clear classification system of seizures”, says Jirsa.

The system could lead clinicians to a better understanding of seizures and how they should be treated. “Seizure types react differently to treatments. For instance, some seizures can be stopped through electric stimulation, others not, dependent on their dynamotype. The systems scientific basis is theory work developed around the Epileptor, a central epilepsy model we developed in the Human Brain Project that is also at the heart of a large clinical trial running now”, the researcher explains.

“Classification, however, is not explanation ”, Jirsa emphasises. “ There is much work ahead of us to better understand epilepsy mechanisms. This is where EBRAINS will play a key role, as it provides the tools connecting cellular, network and brain imaging signals aiding in mechanism discovery. ” EBRAINS is a new shared digital brain research infrastructure for the European Union that the Human Brain Project (HBP) is building.

Within the HBP, Jirsa and his team had first begun adapting the open network simulator The Virtual Brain towards applications in epilepsy. The work has laid the foundations for project EPINOV (“Improving EPilepsy surgery management and progNOsis using Virtual brain technology”) a multi-year project involving more than a dozen french hospitals that is funded by the French state. EPINOV tests whether the use of the personalized HBP modeling technology for epilepsy networks can improve surgery preparation in drug-resistant patients.

The human multiscale brain connectome and its variability

This work package develops biologically detailed human brain network models capable of generating brain signals as commonly measured in clinical and research settings.  By linking a multiscale human brain atlas to computational modeling, the aim is to better understand the fundamental mechanisms of how the brain generates its behavior. The validity of the principles and concepts is demonstrated in applications to individual patient data for clinical translation such as in epilepsy, and in cohort data to understand human variability such as in healthy aging and pathology. Neuroethical interrogations guide the debate on the role of the digital twin brain in society.