The team showed how single neurons, through extremely long  branched axonal connections to different areas of the brain can act as "coordinators" by selectively and flexibly combining the activity of different neuronal groups at each moment.

Each mental event or voluntary motor act is the result of the simultaneous activity of large groups of neurons in several areas of the brain far from each other. How do these groups of nerve cells manage to instantly and selectively coordinate their electrical activity? Discoveries by researchers working with the European Human Brain Project at Universidad Autónoma de Madrid (UAM) and Universidad Politécnica de Madrid, together with collaborators from Jülich Research Centre in Germany, now shed new light on the cellular basis of this process. The team showed how single neurons, through extremely long  branched axonal connections to different areas of the brain can act as "coordinators" by selectively and flexibly combining the activity of different neuronal groups at each moment – similar to the conductor of an orchestra. The results, which were obtained from mice, were published this week in the Journal of Neuroscience. 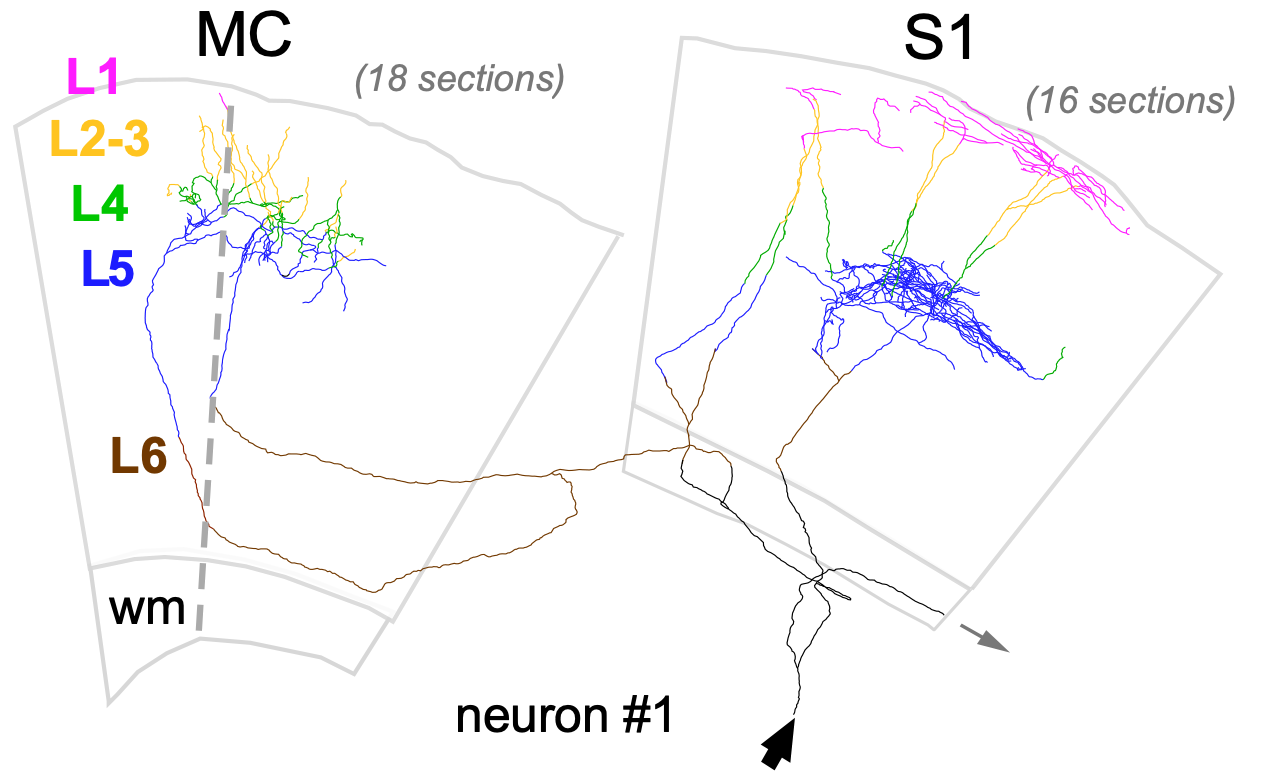 Each neuron in the brain has a long, branched extension called an axon, through which it sends electrical signals to thousands of other neurons. Although they can be hundreds of times thinner than a human hair, axons can be more than a meter long and branch out selectively to reach several points in the brain, and even the spinal cord. Through its axon, neurons located in areas of the brain distant from each other manage to establish direct contact.

At the contact points, signals pass from one neuron to another through specialized structures called synapses and electrochemical mechanisms mediated by different substances, known as neurotransmitters. The propagation of signals through the synapses produces simultaneous effects on the neurons that receive contacts from the same axon. From a functional point of view, synapses can be interpreted as signal filters of variable amplitude and time profile, whose valence (excitation/inhibition) can differ. 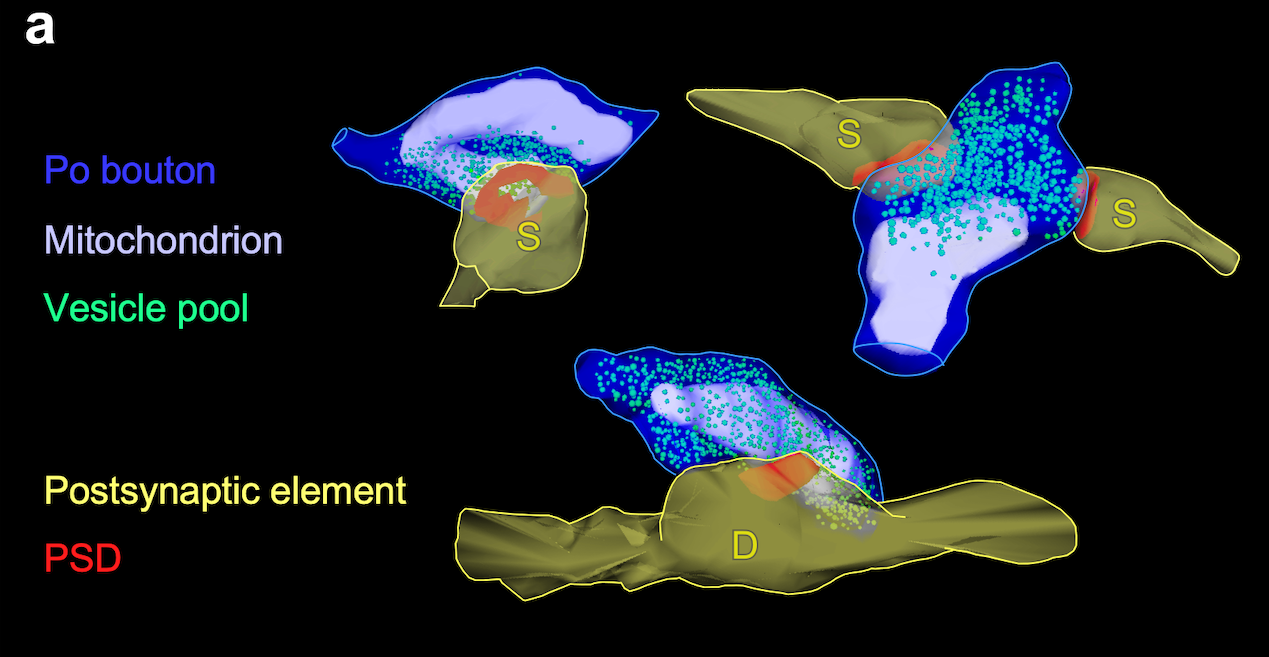 The study directed by Prof. Francisco Clascá, from the Department of Anatomy, Histology and Neuroscience of the Faculty of Medicine of the UAM, and carried out on mice, focused on the axons of the neurons that connect the thalamus with the cerebral cortex. The thalamus is located in the center of the brain and acts as a large communication node between different regions. The axons of the thalamus neurons innervate all areas of the cerebral cortex in an orderly and selective manner, forming excitatory synapses mediated by the neurotransmitter glutamate. Many of these axons branch out to selectively innervate two or more areas of the cortex.

Using advanced techniques of three-dimensional electron microscopy, performed in collaboration with Prof. Joachim Lübke at Forschungszentrum Jülich in Germany, and tagging of individual axons, the researchers were able to measure and compare the structure of synapses formed by branches of the same thalamic axon in two distant brain areas. The study revealed important differences, directly related to the intensity and frequency with which the synapses can transmit signals, as well as in the type of cells that the axon contacts in each area. In a study published by the researchers last year, they had already shown that the signals reach the two areas simultaneously, but produce different effects.

The demonstration that a single neuron, through its branched axon is capable of simultaneously producing different effects in separate areas of the cerebral cortex reveals an unsuspected complexity in the brain's circuits. These cells could thus act as "coordinators" by selectively and flexibly combining the activity of different neuronal groups at each moment – similar to the conductor of an orchestra. Knowing more about these cells is important to model the computation performed by the large neuronal networks of the brain and to understand their alteration in brain pathologies.