The 3-day meeting of over 500 HBP scientists at the Athens Megaron Conference Center was preceded by a highly successful Open Day, with around 750 participants, a visit and welcoming address of the President of the Hellenic Republic, talks from eminent international scientists, and the Science Agora, an interactive display of hands-on exhibits of the HBP's research and infrastructure accomplishments.

Host Yannis Ioannidis, Scientific Research Director Katrin Amunts, and Infrastructure Operations Director Jan Bjaalie welcomed the many guests and, together with Jean Francois Buggenhout from the European Commission, gave an introduction to the latest research results and future directions at the intersection of brain science and technology within the HBP. 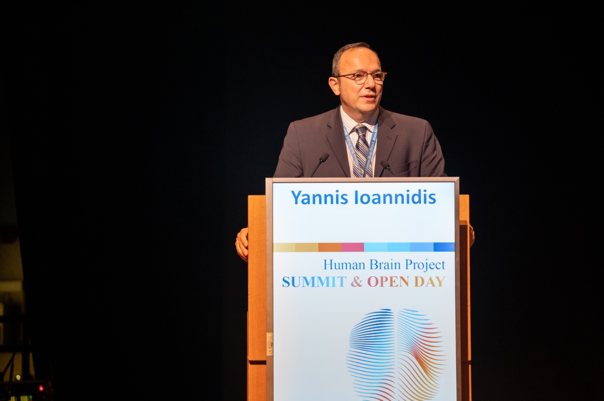 Yannis Ioannidis emphasized the significance of the project Summit coming to Greece at this time, after previous meetings in western and central European states: “EBRAINS is now around the corner on its way to become a landmark European Research Infrastructure – not just for us in this project, but for the world. I’m excited that at this pivotal moment, the Human Brain Project Summit is coming to my home, in the southeast corner of Europe.”

As Director of the Athena Research and Innovation Center, Prof. Ioannidis is a key contributor to the HBP infrastructure. Currently deputy leader of the Medical Informatics Platform work, he will be leading the overall software infrastructure architecture of the project in the coming years. 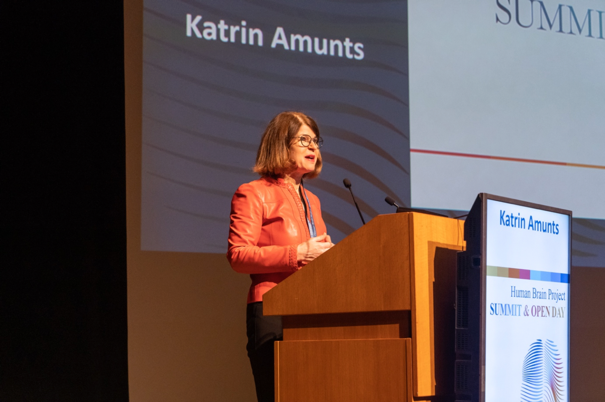 Scientific Director Katrin Amunts gave an overview on the project’s recent scientific and infrastructure achievements: “Looking back on the last years, it’s amazing how many research advances and insights have been enabled, from basic science to medicine and technology, how many new Partnering Projects have joined us, and how much important progress has been accomplished towards establishing EBRAINS in this short time. Neuroscientists already now take a lot of advantage of the tools and platforms offered in EBRAINS, and this will increase even more in the next few years.” 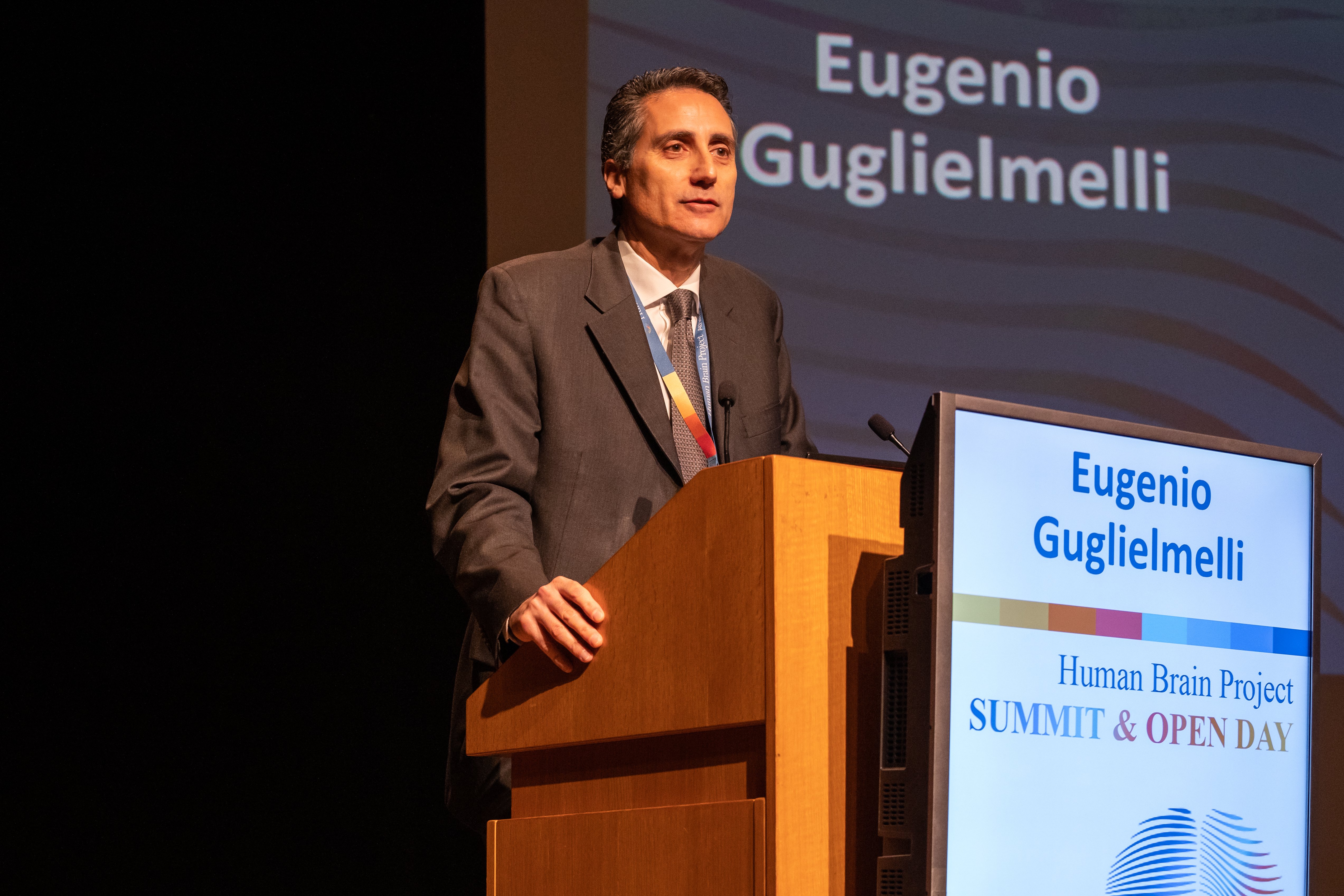 Over the four days the program was filled with many work-intensive meetings of over 500 contributing scientists, but also looked at the broader picture with keynotes from leading researchers like Christos Papadimitriou and Eugenio Guglielmelli. 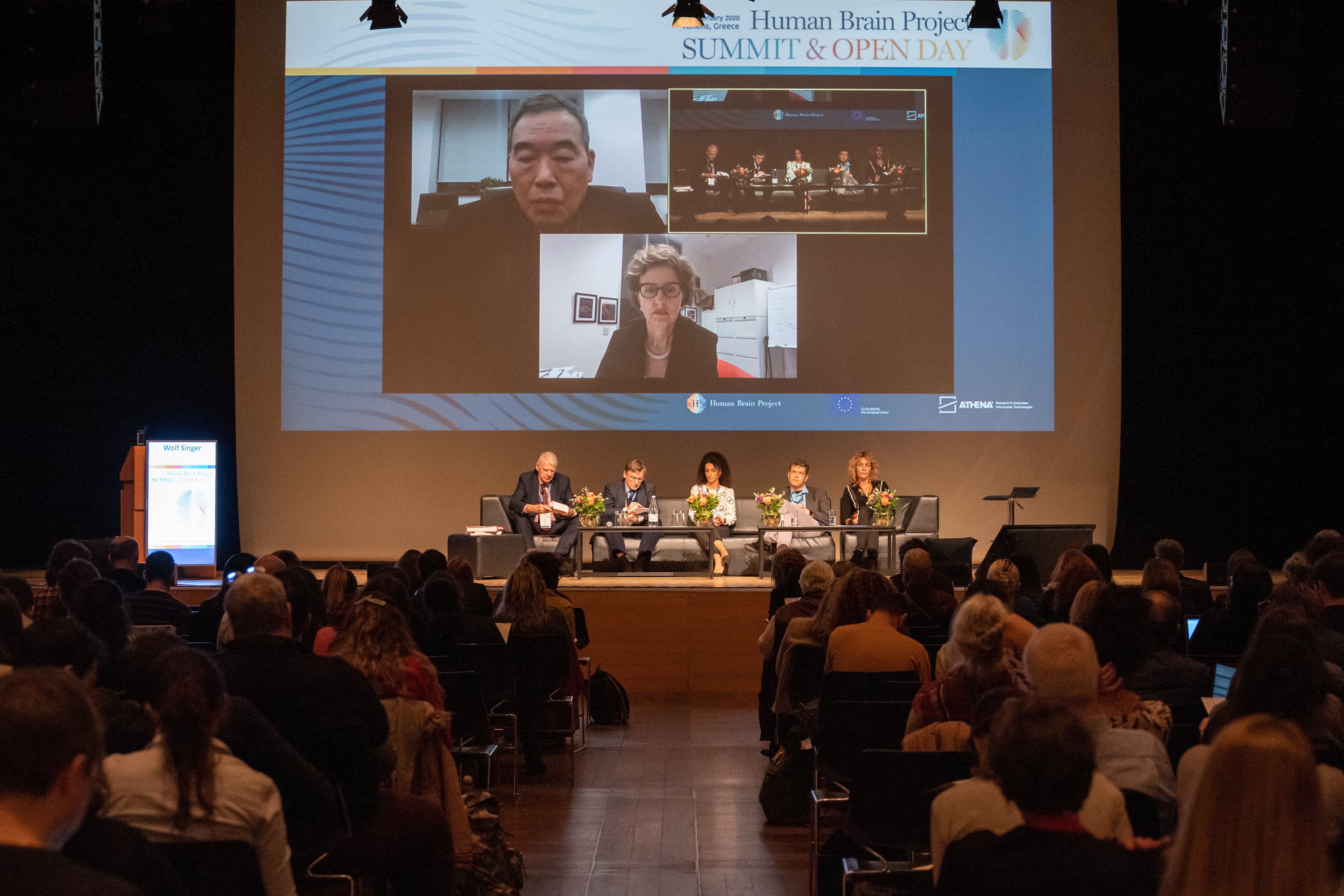 A panel discussed the role of global brain initiatives with scientists from outside Europe (Mu-ming Poo of the China Brain  Initiative, Linda Richards of the Australian Brain Alliance, Pedro Valdés Sosa of the  Cuban Brain Project) and from Europe (Konstantin Anokhin from Russia and Gaute Einevoll from the INCF and the HBP), with some special emphasis on neuroethics (Kathinka Evers from the HBP and Vasiliki Mollaki from Greece). 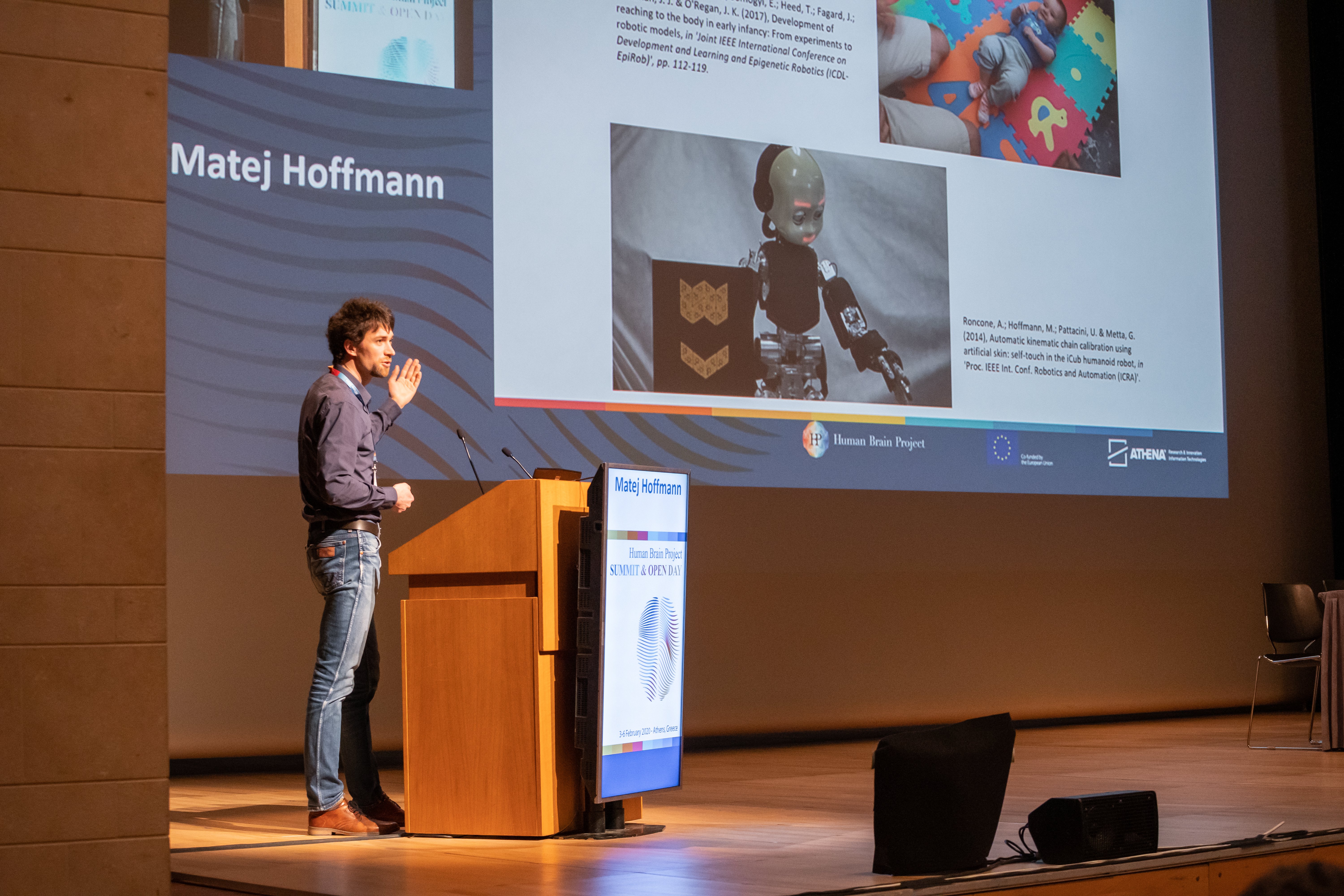 There were dedicated sessions with the 36 Partnering Projects of the HBP, and specialized sessions on the results of technology-driven research into the brains connectome, its pathologies, new approaches to consciousness, ethical considerations, and much more. 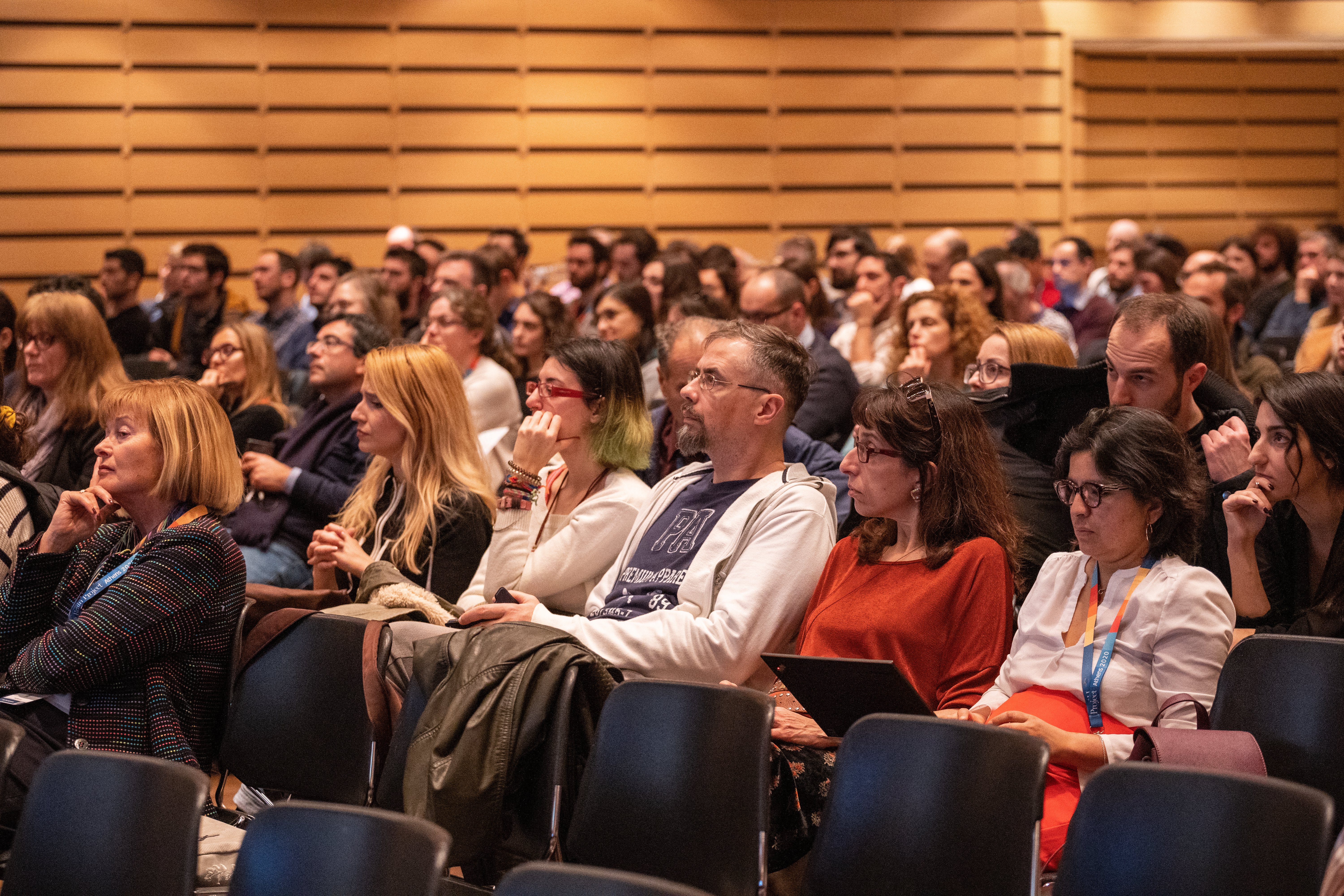 The Summit came a few months before the start of the final phase of HBP and in the midst of organizational changes to prepare for the creation of EBRAINS as a sustainable infrastructure in Europe beyond 2023. Among them were the launch of the first version of the EBRAINS web-platform and the foundation of a nonprofit organization of the same name based in Brussels, which will gradually take over the coordinator role. For further integration, in the last phase, the project moves from its current 12 subprojects to 3 large scientific and 3 infrastructure-building workpackages. 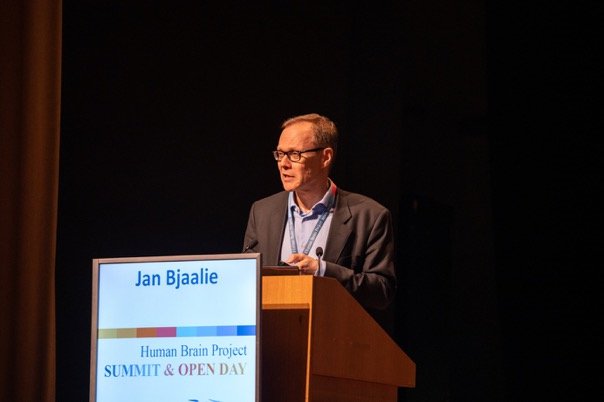 “This Summit truly marks the beginning of the EBRAINS era”, said Infrastructure Operations Director Jan Bjaalie, who oversees the project­-wide efforts to design it as the world’s first integrated ICT infrastructure for brain research and technology development. 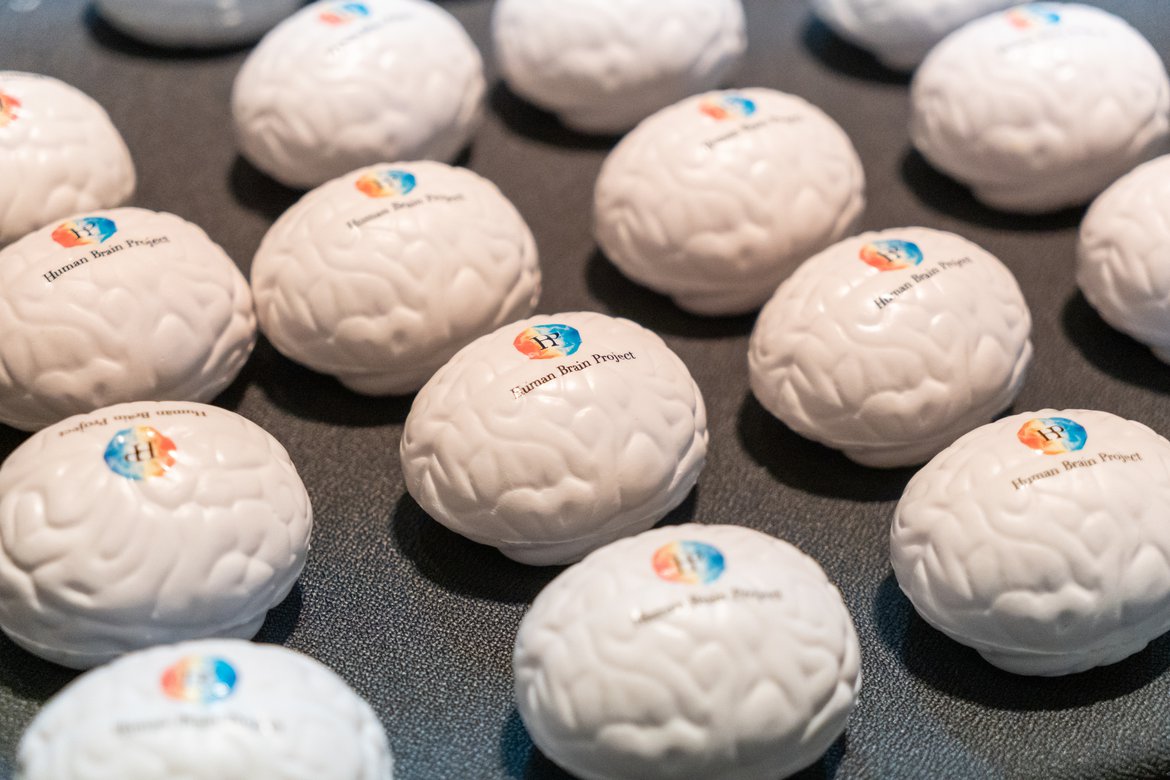 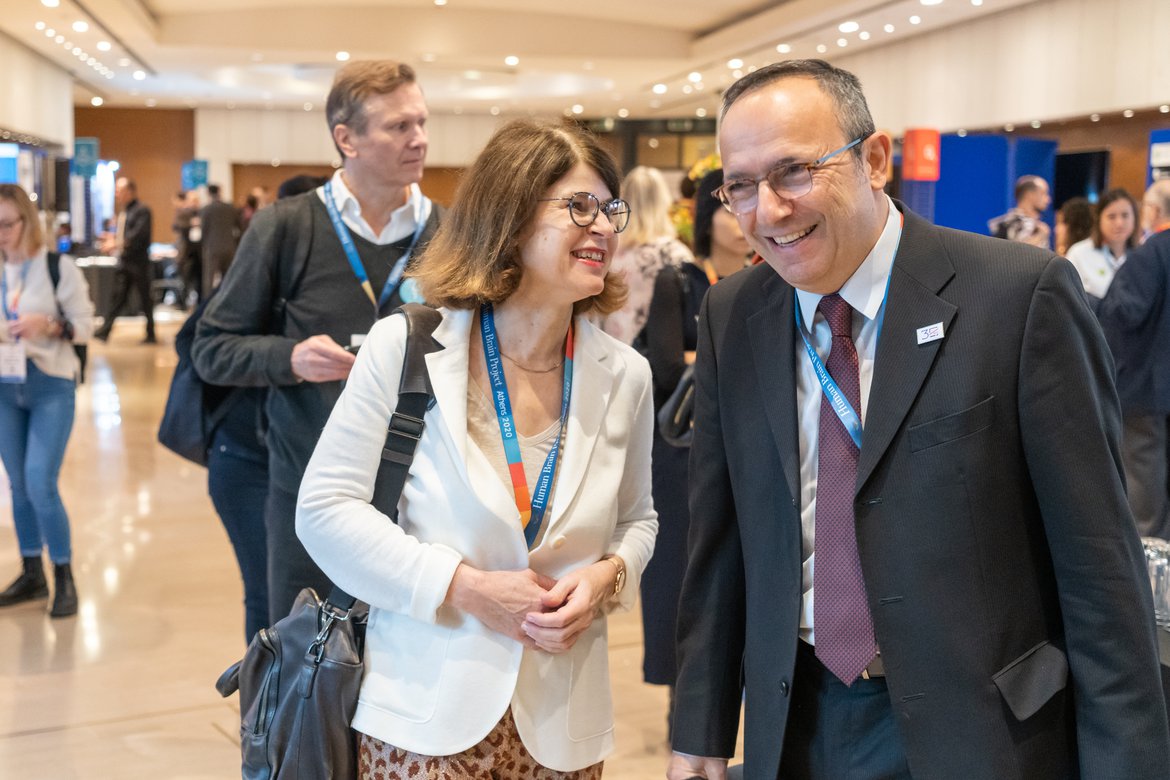 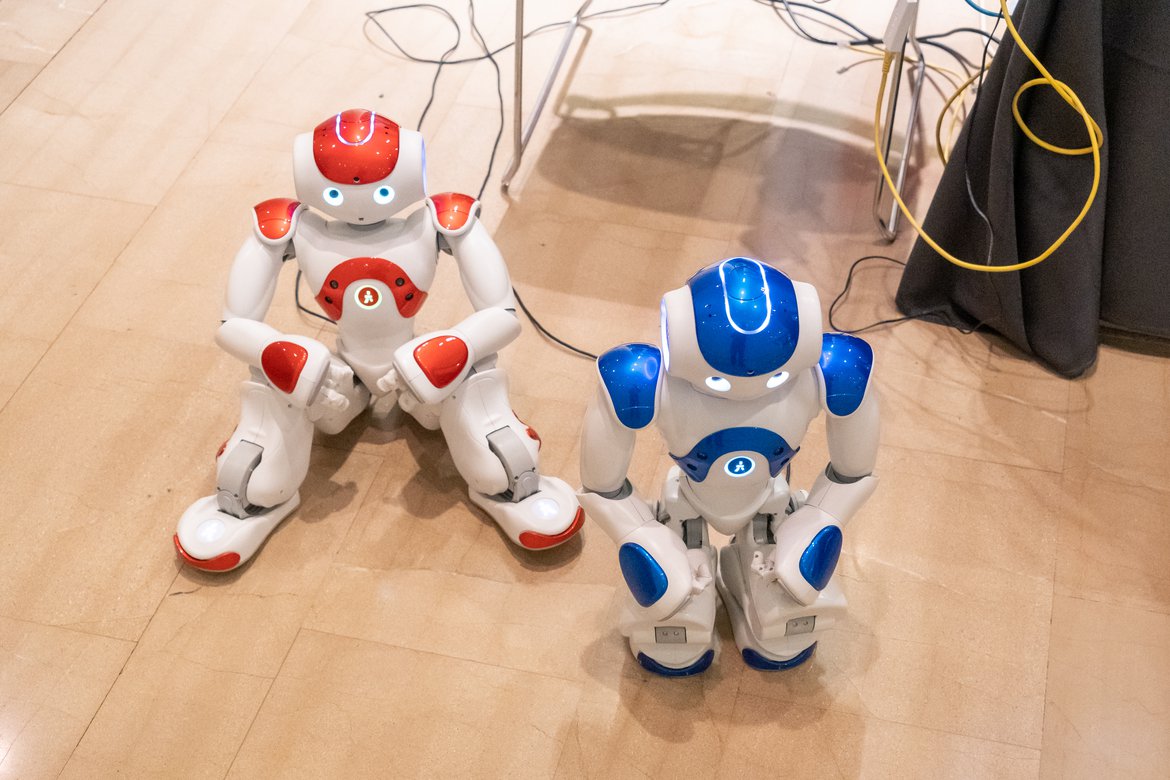 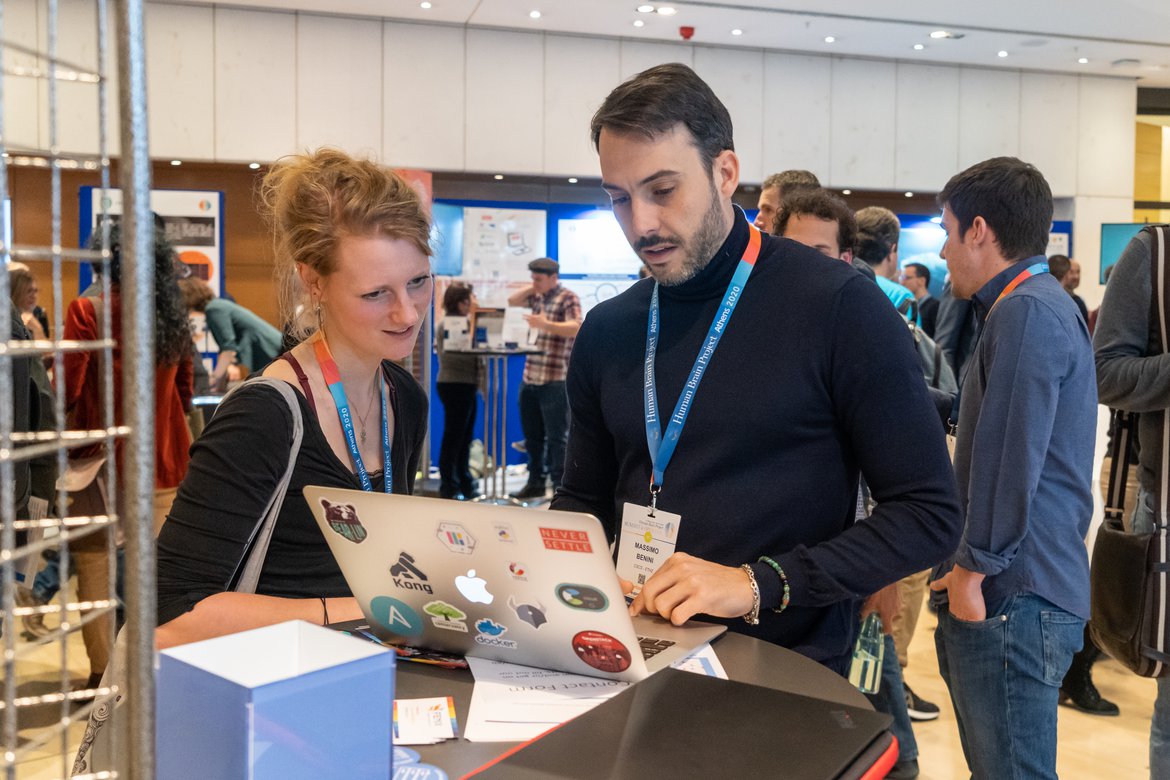 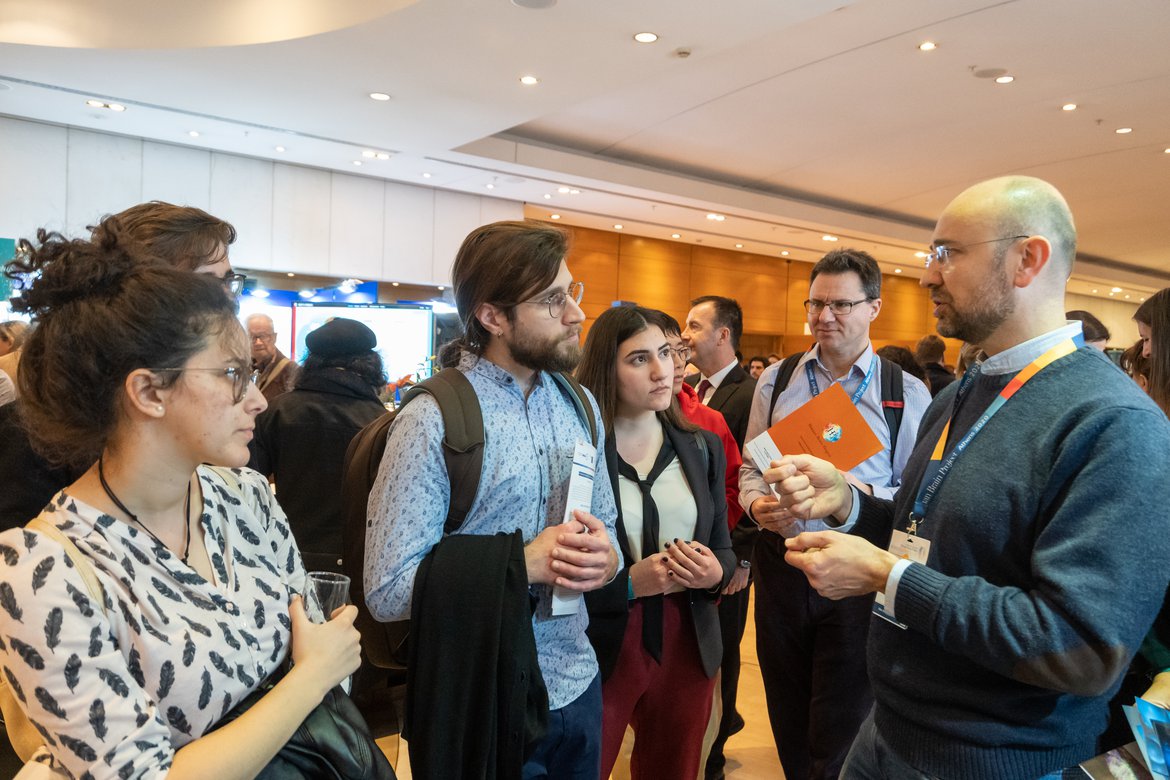 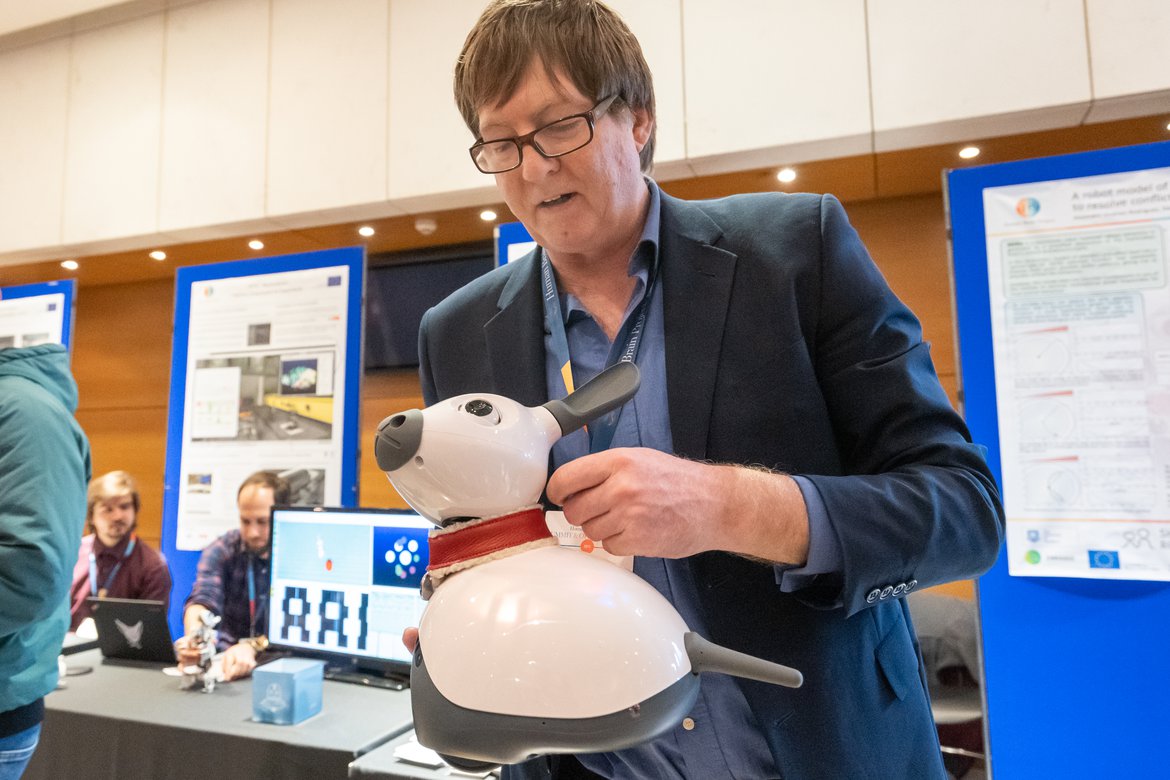 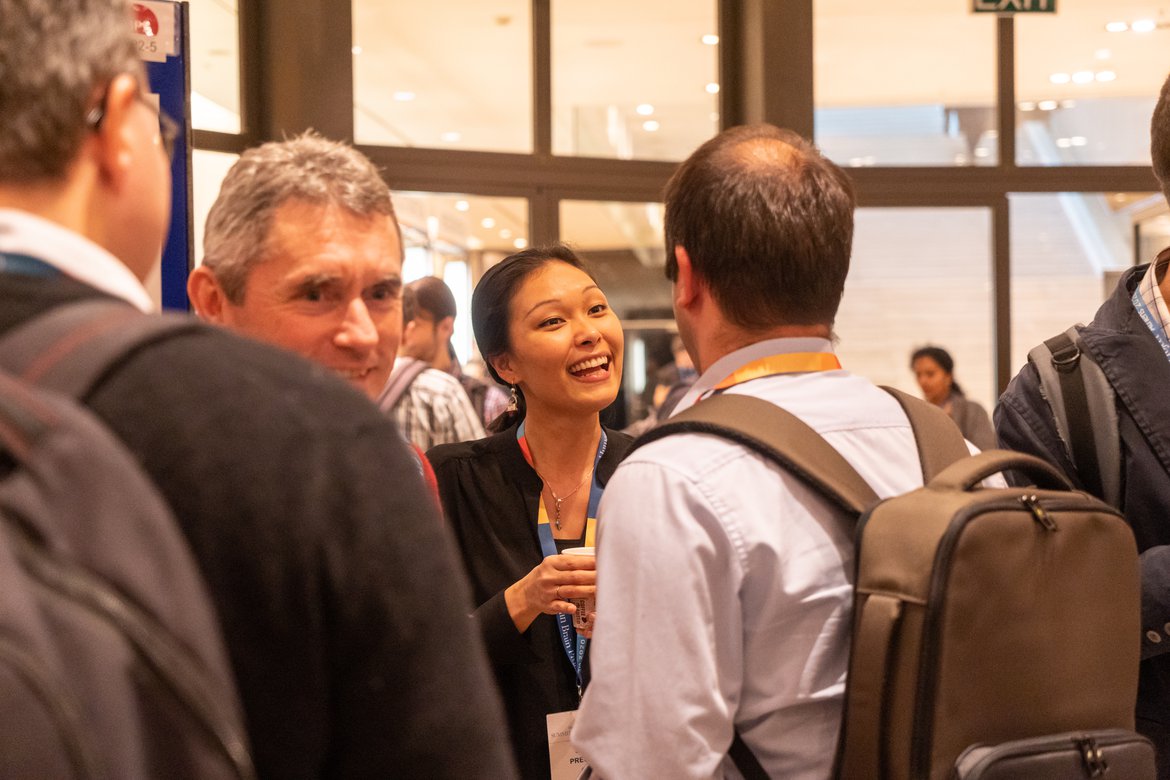 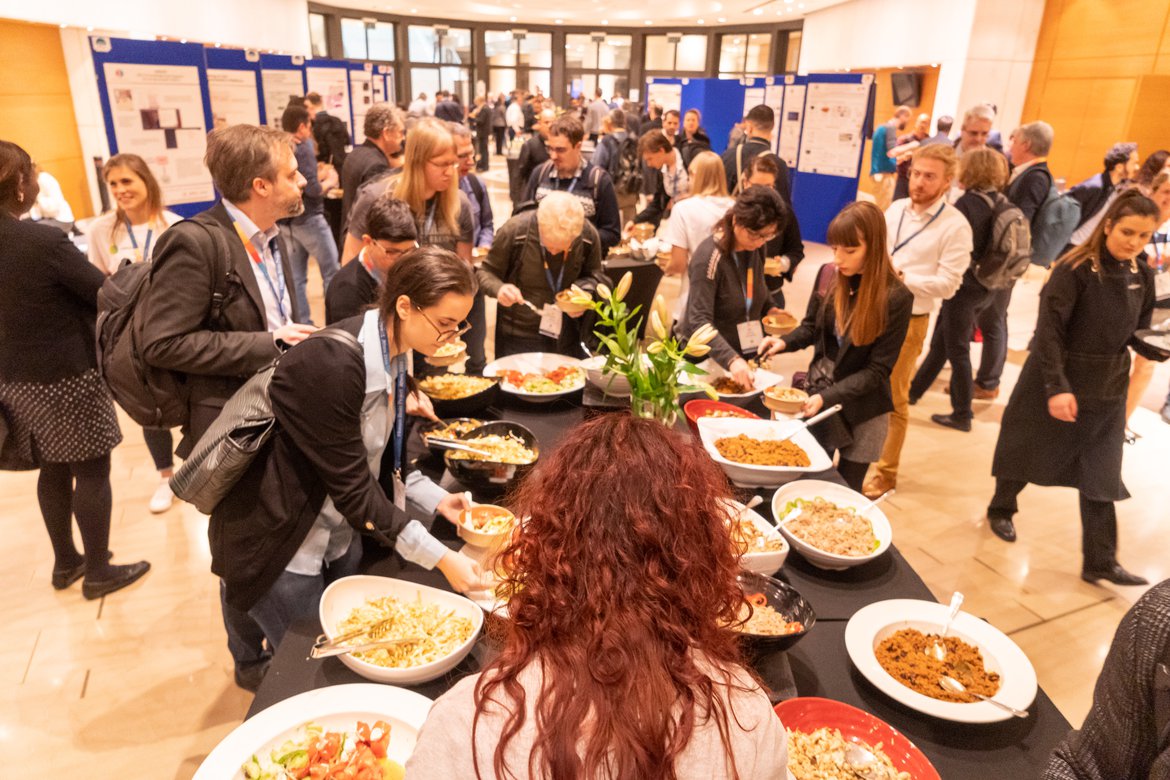 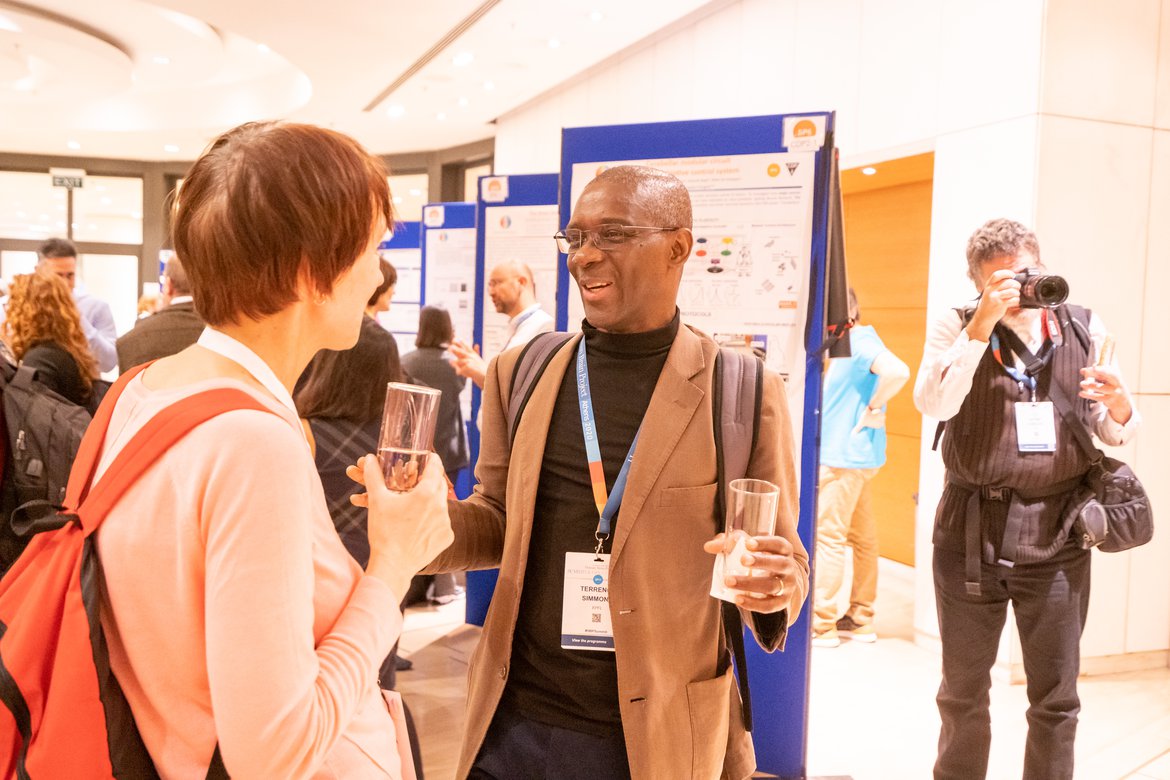 “Seeing everything come together at this year’s meeting really showed how fast things are moving – central milestones have been reached, many goals have become a reality” said Katrin Amunts, concluding the Summit. “And the road ahead is very clear: We now want to bring EBRAINS to the ESFRI Roadmap of European Research Infrastructures and provide these unique capabilities to drive progress in the global research, clinical and technical communities around neuroscience.”

The Human Brain Project (HBP) is one of the largest brain science projects worldwide. As a FET Flagship project, it stands among the biggest research projects ever funded by the European Union. At the interface of neuroscience and information technology, the HBP investigates the brain and its diseases with the help of highly advanced methods from computing, neuroinformatics and artificial intelligence, and in turn drives innovation in fields like brain-inspired computing and neurorobotics. As a lasting contribution to the global science community, the HBP develops EBRAINS, an open European research infrastructure that allows scientists and technology experts to seamlessly collaborate, accelerating advancements in the fields of neuroscience, computing and brain-related medicine.