ICEI resources are being used in a large-scale project that aims to develop the first detailed and realistic 3D model of an area of the hippocampus.

ICEI resources are being used in a large-scale project that aims to develop the first detailed and realistic 3D model of an area of the hippocampus. Michele Migliore of the Italian National Research Council (CNR), who has been coordinating the infrastructure support, and the Human Brain Project (HBP)’s hippocampus team, are behind this endeavor. Using the ICEI/Fenix Infrastructure, the team is implementing and studying a large-scale realistic model of the CA1 area of the hippocampus, maintaining the natural 3D layout of the real system. This will help to obtain fundamental insight into the cellular mechanisms that may give rise to cognitive processes.

The hippocampus (a Latin word derived from the Greek word ἱππόκαμπος, or ‘seahorse’) is a small brain region located deep in the brain. It is one of the most studied areas of the human brain, both experimentally and theoretically, as it is linked to the processes related to higher brain function, such as memory, learning, and spatial navigation.

Using the Fenix Infrastructure, the neurons’ activity of the hippocampus can be observed in exactly the same way as the in vivo or in vitro recordings. The fundamental advantage of this is that it tracks network, cellular, and synaptic activity at any point of the network, and directly compares the results with nearly all types of experimental data.

This is a major computational challenge, one which requires supercomputing power; as an indication, the region modelled – from a rat’s brain – contains around 450,000 neurons and 400 million synaptic contacts.

The images above, which represent neuronal activity, demonstrate the unprecedented level of detail with which the team’s model can reproduce experimental recordings in vitro or in vivo. Most simulations are being carried out on the Piz Daint system at the Swiss National Supercomputing Centre (CSCS, Lugano) using the ICEI allocation for the HBP. One second of simulation time takes approximately seven hours using 12,000 cores, and produces approximately 4Tb of results.

Worldwide, so far, there are only three models (including this one) implemented in this way. It is from models and simulations like this that both experimentalists and modellers directly compare their results and get a better understanding of how the system works. At this level of implementation, researchers are also able to model brain diseases and suggest new ideas regarding possible treatments to experimentalists and the pharmaceutical industry.

A set of online use cases dedicated to the hippocampus are available on the HBP’s Brain Simulation Platform. Watch this video for a simulation of the hippocampus activity, along with more examples of neuroscience research enabled by the Fenix Infrastructure 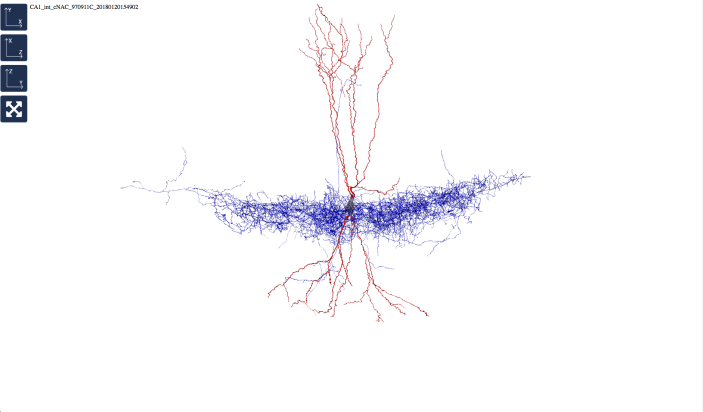 The following people and their teams are currently the main contributors: