Sleep is essential in all animal species, although this decreases the time available for seemingly more productive activities and notwithstanding the increased dangers arising from exposure to predation and environmental hazards. So, why do we sleep? 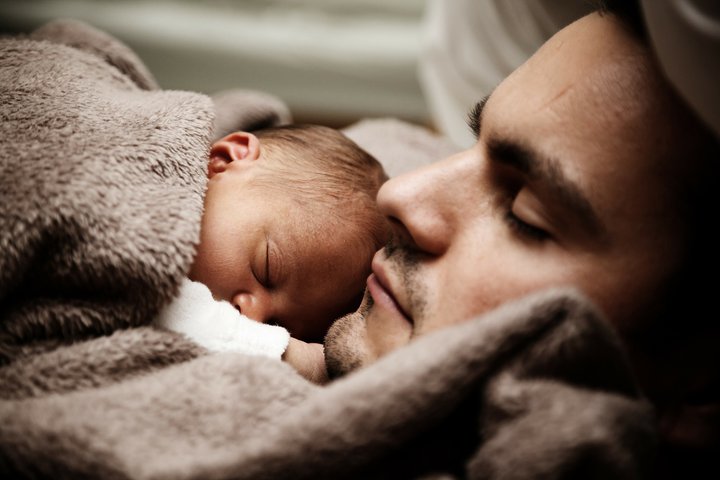 Sleep is essential in all animal species, although this decreases the time available for seemingly more productive activities and notwithstanding the increased dangers arising from exposure to predation and environmental hazards. So, why do we sleep? A study by the INFN, conducted in the Human Brain Project (HBP) in the framework of the WaveScalES experiment, and published in Scientific Reports now gives a new contribution to the understanding of the phenomenon, simulating in a thalamo-cortical model the beneficial effects of deep sleep on memories learned during waking. The study demonstrates the simultaneous functioning of two processes that occur during sleep: the first creates new associations, the second rebalances the strength of connections between neurons. Together, they improve the accuracy with which the cerebral cortex will classify stimuli on the next awakening.

“This an exciting study modeling sleep, and investigating its effect on a simplified brain model, based on empirical data”, explains Katrin Amunts, scientific chair of the HBP project. “Interestingly, sleep-like oscillation seem to favour higher performances in retrieval and classification tasks. This has implications not only towards a better understanding of basic neuroscience, but also for artificial neuronal networks”.

“A remarkable fact, which inspired us in the construction of the model, is that in sleep the activities of the brain are guided from within, not from the environment. This disconnection, somewhat similar to meditative states, may allow the creation of new associations and solutions to problems”, underlines Pier Stanislao Paolucci (INFN), the coordinator of WaveScalES experiment in the HBP. “This would be much more difficult while engaging in daily activities, distracted by the deciphering of environmental stimuli and the elaboration of an appropriate reaction. Furthermore, in this state the system can more easily perform optimizations of its internal mechanisms, for example to improve its energy consumption”.

In fact, infants, for whom every event is full of novelty, spend most of their time sleeping. But even in adults, sleep deprivation damages cognition. Conversely, good sleep improves intellectual performance, learning and memory. When an important decision has to be made, we recommend: "sleep on it, before deciding", and it is common knowledge that when we wake up we often find the solution to unsolved problems the day before.

The optimization of the brain network composed of neurons and synapses by means of those mechanisms that require the activation of slow cortical waves (which characterize deep sleep) are probably among the ingredients that determine the superiority of human and animal intelligence over artificial intelligence.

“We still have much to learn from bio-intelligence. From the mechanism we found we could have interesting technological transfers to the future systems of artificial intelligence and robotics “, says Cristiano Capone, (INFN, Sezione di Roma Sapienza), first author of the article describing the study.

The model was developed by the APE parallel computing laboratory of the Rome section, in collaboration with Prof. Bruno Golosio, of the INFN section of Cagliari. INFN joined the HBP from 2016 to lead an experiment, called WaveScalES (Wave Scaling Experiments and Simulations), which studies the activity of the cerebral cortex, combining experimental, theoretical and simulation methods.

For their investigation the researchers made use of one of the central simulation engines in the HBP, NEST (Neural Simulation Tool). “It is indeed an intriguing work that links mechanisms investigated through  simulations at the resolution of neurons and synapses to the cognitive level”, commented NEST-developer Prof. Markus Diesmann, when results of the study were presented during the yearly NEST conference at the end of June in Norway.

Model and simulations are described in an Open Access article published in "Scientific Reports" of the Springer Nature group.
https://www.nature.com/articles/s41598-019-45525-0

HBP provides a forum for such integrated approaches of computational and experimental neuroscience together in an integrated manner. More on consciousness and sleep research in HBP here:
https://cordis.europa.eu/news/rcn/131260/en

More on the role of simulation methods in HBP here: https://www.humanbrainproject.eu/en/follow-hbp/news/the-scientific-case-for-brain-simulations/ 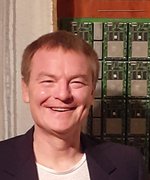 Pier Stanislao Paolucci
Founding member of the APE parallel/distributed computing laboratory of INFN, established in 1984, he participated to the design of several generations of application specific parallel computers dedicated to the simulation of Complex Physical Systems, he contributed to the co-design of algorithms, hardware processors, interconnects and system software. From 1997 to 2010, founder and CTO of the MPSoC design center of a leading silicon manufacturer and first inventor of international patents on processor architectures. Since 2010, back in INFN, leading the Computational Neuroscience team of the APE lab.