The publication Discover EBRAINS introduces the powerful EBRAINS research infrastructure to the world. EBRAINS has been created by the EU-funded Human Brain Project, and offers an extensive portfolio of brain data, scientific services, digital tools and computing resources for researchers and industry. The paper discusses the transformative impact of EBRAINS for neuroscience, brain medicine, and brain-inspired innovation in Europe. 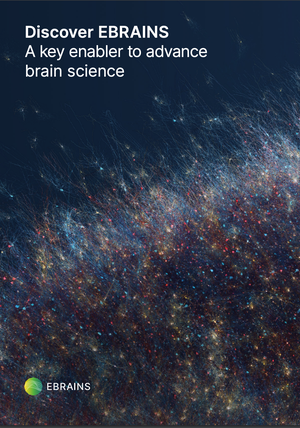 EBRAINS is an accelerator for European ambitions in multidisciplinary brain research, combining cutting-edge neuroscience, high-performance computing and artificial intelligence. It offers researchers an extensive range of brain data and a digital research environment that connects many of the most advanced European lab facilities, supercomputing centers, clinics and technology hubs in a unique integrated system.

“We are on the cusp of a new era in brain research – unprecedented technologies are put at the service of science, while innovators are taking more and more ideas from neuroscience”, says Pawel Swieboda, CEO of EBRAINS and Director General of the Human Brain Project.

Now we show prospective users what this new infrastructure is all about, the many ways to engage with us on further co-developing it, and how it can help them make their mark in these rapidly growing fields.” 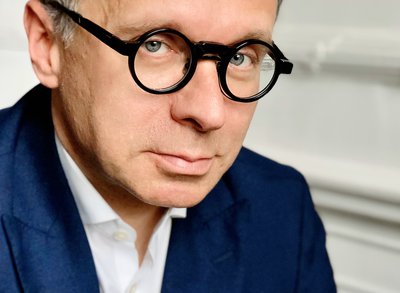 Synergy between neuroscience and technology

Today, high speed computing is changing the game in tackling brain complexity, neurotechnologies are becoming one of the global megatrends in health, and AI-developers are again looking at the brain for inspiration.

“Europe took an early lead in these areas with the Human Brain Project, which sits exactly at the intersection of brain science and computing”, says Katrin Amunts, Scientific Research Director of the HBP. Over the last seven years, the HBP teams, spread across Europe, have built, tested and used the digitally connected research platforms of EBRAINS in a Co-Design approach. 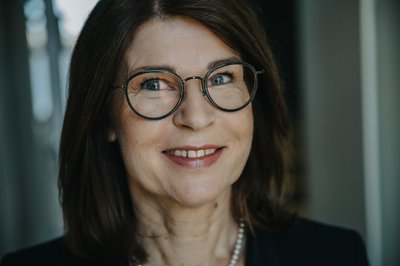 As part of its transitioning into a sustainable infrastructure, EBRAINS has applied for inclusion into the European ESFRI Roadmap, seeking to become a permanent addition to the EU’s research landscape, thereby contributing to accelerate neuroscience applications in industry and medicine.

EBRAINS’ ambition is to provide the scientific community with an open state-of-the-art cloud-based ecosystem that fosters collaborative brain science and paves the way to ground-breaking discovery.

It offers unique resources like the most comprehensive 3D-atlas of the human brain, a Medical Informatics Platform for hospitals, simulation engines like The Virtual Brain, a neurorobotics platform, and access to supercompers of the European FENIX-network, as well as neuromorphic computers, which are modelled after the brain. A range of tailor-made tools helps scientists find, analyse, distribute, visualize and integrate brain data for their research. All components are available through a single online access point at www.ebrains.eu, and can be linked according to the concrete needs of a project.

Coming up: The HBP Science Case

The two back-to-back publications are connected to several digital events, which present both the elements of the infrastructure itself and the current breakthrough research paradigms it enables in the HBP.

This POLITICO event will bring together policymakers of the European Commission, scientific experts and industry leaders for a Panel discussion on the future of European research and innovation. EBRAINS CEO and HBP Director General Pawel Swieboda will deliver the opening remarks.

The third edition on December 10 will focus on Neurotechnology with researchers Rainer Goebel, Steve Furber and Christopher Summerfield.

EBRAINS – In Search of Breakthroughs in Science and Medicine
with Katrin Amunts, Simon Eickhoff and Viktor Jirsa