The EBRAINS infrastructure for neuroscience has officially submitted an application for inclusion in the ESFRI Roadmap 2021. EBRAINS offers researchers a comprehensive package of powerful tools, facilities and resources that have been jointly developed by scientists and engineers in the Human Brain Project, a ten-year European Flagship project running until 2023. ESFRI, the European Strategy Forum on Research Infrastructures, plays a central role in establishing shared infrastructures for Science in Europe and helps guide decisions in research policy. The application of EBRAINS to the ESFRI Roadmap is supported by a ten-country strong coalition, led by France as Lead Country. Additional backing is provided in over 90 letters of support from European scientific institutions, medical associations and industry. 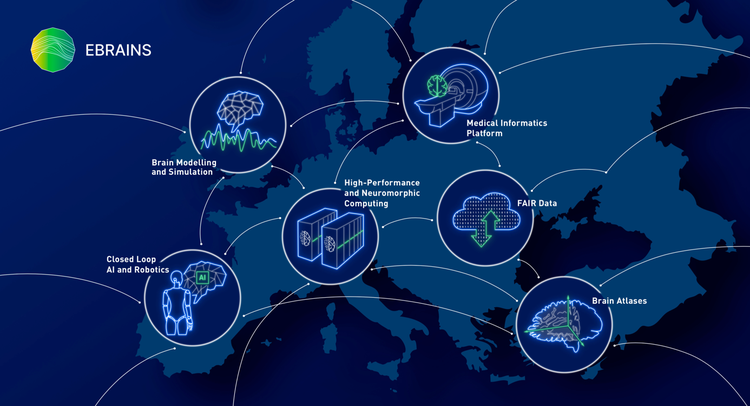 “This is a major step” underlines Paweł Świeboda, EBRAINS CEO and Director General of the Human Brain Project. “Seeking recognition as part of the ESFRI Roadmap is an important milestone in transitioning to an enduring, sustainable European research infrastructure beyond 2023, making EBRAINS a permanent part of the European Science landscape."

The influential ESFRI Roadmap regularly identifies the most impactful proposals for the next generation of entries into the EU’s infrastructure ecosystem. EBRAINS, the novel European distributed research infrastructure for brain science and brain-inspired technology, has now officially applied to join the list. The recently founded EBRAINS AISBL and Commissariat à l’energie atomique et aux énergies alternatives, coordinator of the French Lead Country role in the project, have submitted an application, including the written support of a broad range of representatives from research institutions, medical professional organizations and industry, highlighting the opportunities and impact EBRAINS offers to their field.

“The impressive support we have received from ten countries and over 90 leading scientific institutions shows that the momentum is now clearly growing behind EBRAINS”, Świeboda said. 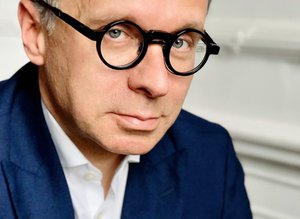 The current and last phase of the HBP (2020-2023) will see EBRAINS develop its service offering, gain maturity and robustness, improve its user experience, and broaden the community of neuroscientists and developers who benefit from its resources and services. EBRAINS is also actively extending its collaborations in the network of EU research infrastructures, notably by seeking inclusion in the ESFRI Roadmap.

EBRAINS - the unique digital infrastructure developed by the HBP is open for science and industry researchers working at the interface of neuroscience, computing and technology in Europe and worldwide. EBRAINS provides the platform for an era of brain research that converges technology and neuroscience on a new scale. EBRAINS aims to become a magnet for neuroscientists and technology pioneers alike, as its components are designed with, by, and for researchers. It harnesses insights about the brain, new technologies and methods developed by the HBP to provide new solutions for computing, neuro-inspired technologies and medicine. The neuroscience community will benefit from vastly accelerated translation of their research into tangible results for society. EBRAINS is also targeting researchers and users from medicine, industry and business, and works with other large EU research initiatives and infrastructure to advance progress in strategic areas. EBRAINS is open to integrating brain research technologies developed elsewhere and seeks collaboration with other research infrastructures, joining the best supercomputing capabilities that are built within the EuroHPC Strategy and with computing capabilities all over Europe.