Slow Waves: Fire and Silence in the Sleeping Brain

An introduction to slow waves in the brain, with HBP scientist Maurizio Mattia.

Every night, across billions of brains, inside the skulls of mammals and birds, slow waves of activity cascade through the neurons in a rhythm that has been repeated across millennia.  It is the common beat of brains in their deepest sleep.

The ubiquity and uniformity of these ‘slow waves’ speaks to a profound importance, says HBP scientist Maurizio Mattia of the Istituto Superiore di Sanità (the Italian NIH) in Rome.

He describes the moment he realised that this was a common rhythm in biology. “As a physicist, when I saw this I thought this is not biology, this is physics. I thought, this is absolutely curious. This is the footprint of something that is working very, very well. Something that is needed across species and across evolution.”

Slow waves appear when brains are in deep sleep and have been observed in mammals and birds, and possibly in reptiles. Mattia describes the waves as cascades of activity that move across the brain with a consistent rhythm (about 1 Hz, across species).

These rhythmical oscillations occur at the single neuron level, but when viewed across the brain by iEEG (intracranial EEG) they appear like a wave moving through the brain at about 30 mm per second.

“They are not like the waves you see in water. You have an excitable medium, so it is like a fire in a forest. When you first start the fire it will propagate out like a wave, until you have burnt all the wood and then it will stop. This is like the period of inactivity in the brain, but the forest grows again and then you have a new wave. This is what happens in the brain. It uses all the available resources to fire the action potentials of the neurons, then you need a recovery time. Fire and silence, fire and silence.”

The complete function and purpose of these slow waves is not fully understood, but they clearly have an important role. There is increasing evidence that this rhythm is needed to reproduce an equilibrium in the brain. During wakefulness the brain produces waste and these waves seem to be cleaning the brain, says Mattia.

“You can survive without being awake but you will surely die if you do not sleep. You need to have these slow waves to keep the brain in a healthy condition.”

Slow waves are also linked to memory and learning consolidation.

“The wave front is not a random wave front. It is defined by the structure it finds in the brain. Imagine many people walking side by side along a beach. When some find soft sand they will walk slower, others will walk faster on the harder sand. This difference in the terrain will be represented in the shape of the line of the walking people.

“So coming back to memory, these slow waves are following the network pathways and reinforcing these pathways. More or less.”

In that sense it is almost a kind of repetition, similar to learning, that seems to strengthen the pathways used during the day by repeating them many times over.

Mattia describes slow waves as a kind of Rosetta stone of neuroscience, where the different languages are the different animals and the content is the slow wave. Which is why they are useful, not just for understanding the brain, but also, perhaps, for creating brain simulations. Can we replicate this common feature of all brains in a simulation?

“We are trying to understand in which way a given network of neurons, in-silico or in-vivo are able to create the same rhythms and taking this in different contexts allows us to build a machine that can behave like a real brain,” Mattia says.

“Once you have created a brain in-silico that has these rhythms, well, this is a good starting point to see how it behaves when it is woken up.”

Maurizio Mattia works in the Systems and Cognitive Neuroscience (Subproject 3) component of the Human Brain Project. 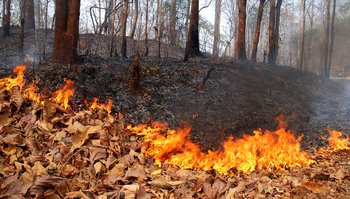 "You have an excitable medium, so it is like a fire in a forest. When you first start the fire it will propagate out like a wave, until you have burnt all the wood and then it will stop" - Maurizio Mattia.