Measuring consciousness can be critical in the clinical setting, but current tools are relatively crude. Researchers in the Human Brain Project are working on more accurate and clinically useful ways of measuring whether a patient is conscious, in order to help doctors to make decisions on treatment and care.

The new approach uses measures of complexity that promise to deliver a higher quality reading of what is happening inside the skulls of patients after brain damage through trauma or stroke.

The current clinical gold standard, says HBP’s Marcello Massimini, is to test a patient by virtue of an input-output approach. In essence, the doctor probes the subject with sensory stimulation and observes motor responses; what is your name? where are you? If there is no reaction the patient is asked to do simple things; raise your arm, open your eyes, close your eyes. If he is still unresponsive the doctor administers a painful stimulation such as a pinch. If there is still no purposeful output, then the patient is declared unconscious.

“So we treat the brain as a black box and we work on input and output. At the same time, however, we know that consciousness can be generated entirely within the brain, even in the absence of sensory processing and motor behaviour. Take dreaming, for example: every night, we become vividly conscious although we are fully disconnected from the outside environment, both on the input and output side. To be a little provocative, one could say that we probe consciousness through inputs and outputs for lack of better options.”

It is these better options that Massimini together with Steven Laureys and others in the HBP are working on. “We think that this is also a moral obligation. Indeed, intensive care medicine is artificially producing, as a by-product of saving many lives, brains that may remain isolated, split or fragmented. In the extreme case, large cortical islands, or an archipelago of islands, may survive totally dissociated from the world outside. Can these islands sustain consciousness? I.e., does it feel like anything to be a big chunk of isolated human cortex?” 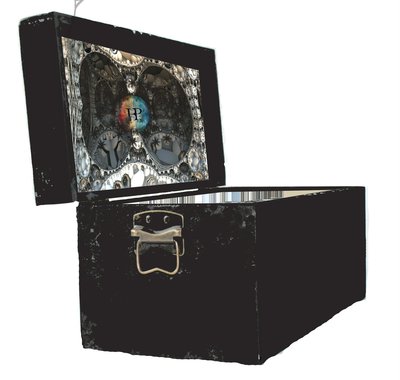 “We need to look at the mechanisms, to open the black box of the brain with respect to consciousness. We have opened it for many things, for motor coordination, vision and many other functions; of course, when it comes to consciousness it’s a different story, it’s more complicated.”

The scientific quest for an objective, brain-based marker of consciousness is not new and in the last 20-25 years there has been much progresses; yet, says Massimini, we are still far from the identification of an index of consciousness that is accurate across different conditions and at the level of individual subjects. Take, for example two classic candidates that have been considered over the years – measuring overall brain activity and measuring synchrony. Both these approaches, he says, have their share of problems.

Brain activity was chosen under the assumption that a silent or quiet brain is most likely unconscious, while a brain that is highly active is likely to be conscious. A brain where neurons are bubbling away here and there will probably be in an in-between state, he says.

“This sounds reasonable and might work on average but it is not always true and there are many exceptions to the rule. For example, during non-REM sleep, when you lose consciousness, average neuronal firing is not so reduced and during some kind of seizures the brain can become hyperactive while consciousness fades” says Massimini.

Something similar happens with synchrony, which measures to what extent neurons tend to fire in a coordinated manner. This is an interesting proposal, says Massimini, because a high degree of synchrony suggests that distant neurons are talking together, which sounds like a promising physical substrate for the unity of conscious experience.

“But again, things are far from linear and there are too many exceptions to the rule. For example, neuronal synchrony can be enhanced by anaesthetics that induce loss of consciousness and during generalized seizures billions of neurons across the whole cortical mantle start firing in tight synchrony but consciousness vanishes, rather than becoming more vivid. Overall, there seems to be some kind of balance—there must be some degree of synchrony for conscious experience to be there, but not too much of it, otherwise consciousness fades."

Hence, Massimini and other HBP researchers are pursuing a different strategy. “There is a growing consensus that consciousness may depend critically on a delicate balance between unity and diversity in neural circuits. In other words, the idea is that in order to sustain consciousness neurons must interact as a single object, without losing their exquisite degree of specialization. This rare form of complexity is what may account for two fundamental properties of conscious experience: its unity and its richness.”

“We have this measure, it’s a measure of brain complexity and this measure has been calibrated in many different conditions, on a benchmark population; so when people who are sleeping or anaesthetised, wake up and say they weren’t conscious the complexity is low, whenever you are conscious, whether awake or dreaming, complexity is very high, so we can have a rough calibration and a cut-off to apply to the brain of patients that are unresponsive and disconnected”.

A tale of cultural loss

Massimini tells a story that underlies the usefulness of this approach. At his hospital in Milan, Italy, a young man came in after a motorbike accident. 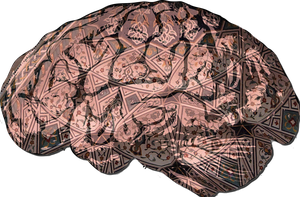 “His eyes were open, but he was fully unresponsive to the questions and commands of the medical personnel. We performed our measurement with our machine in the hospital and found very high levels of complexity, levels that are found only in awake conscious subjects. We were puzzled. We revaluated his behaviour repeatedly in the following days, but he was still fully unresponsive.”

The young man had come to Italy as a small child from North Africa, but was estranged from his family in Italy and the doctors knew little about him. Massimini and his team finally managed to find an uncle in North Africa. They wanted permission to do further tests, and the uncle offered to come to Italy and be the young man’s legal surrogate.

“The uncle came and he enters and speaks for the first time in Arabic to the boy, and the boy looks at him and moves his arm, then the uncle makes a joke and the boy smiles. Then the uncle shows movies on his cellphone of relatives and the boy is smiling and also doing thumbs up. He was fully conscious, fully conscious, just not interested anymore in the Italian framework, it was a sort of cultural neglect. Further testing with the Italian version of the Coma Recovery Scale were still negative: as if the Italian world did not matter anymore. He went back to his childhood world and the rest was completely neglected. This very simple example gives an idea of the many strange places that can be visited by brain injured patients. States of consciousness that can remain inaccessible to the external observer, unless we develop better ways to tap into the physical substrate of experience. ”

For the moment, we measure brain complexity with bulky equipment and in a rather complicated way: we zap the cerebral cortex with a magnetic pulse to make sure that neurons interact and then we zip the resulting pattern of electrical activity in order to measure its information content, its differentiation.

“A simplification of the technique and a standardization of the procedures is warranted before the method can walk out of the research lab towards the routine clinical environment. Even then, the measurement would remain quite crude, a blurred echo from a distant planet. In the years to come, we shall improve the resolution of our techniques and combine different measures in benchmark conditions allowing for better inference in unknown conditions. A radar that works well against a clear blue sky, can also be trusted more when it is pointed at the clouds. And this is probably better than having no radar at all.” 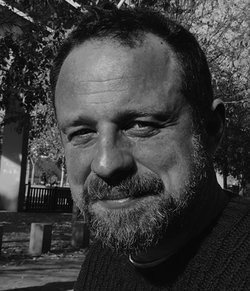 Dr Marcello Massimini (above) is a keynote speaker at the HBP's International Conference on Consciousness in Barcelona, June 21-22 (see poster below and visit http://hbp-ic.com/ for registration and conference details. 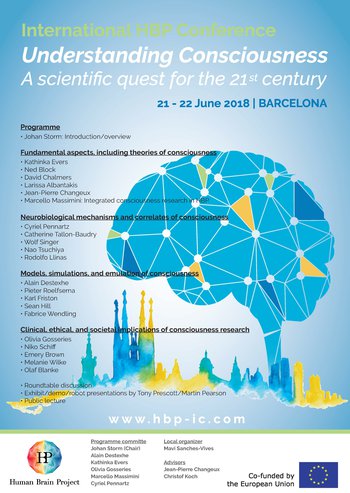