Members of the International Brain Initiative (IBI) have met in La Jolla, California following the historic agreement to establish the IBI that was made on the 8 December 2017, in Canberra Australia. The meeting was attended by HBP’s leader of the Neuroinformatics Platform Prof. Jan Bjaalie. 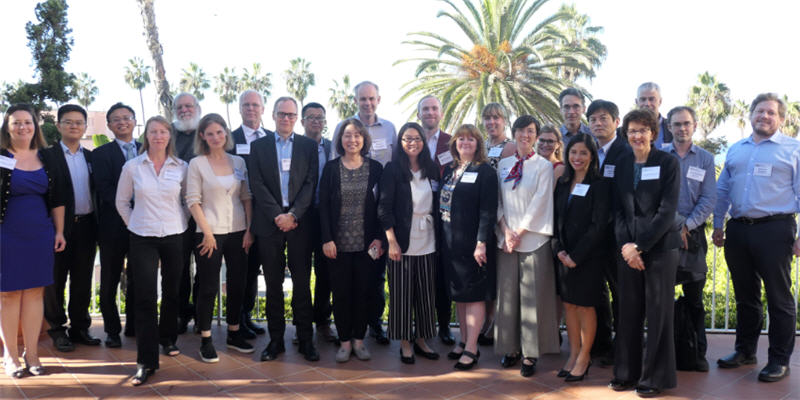 Representatives of the International Brain Initiative met in La Jolla, California on November 2 to further their vision of cooperation and collaboration to unlock understanding of the brain.

Members of the International Brain Initiative (IBI) have met in La Jolla, California following the historic agreement to establish the IBI that was made on the 8 December 2017, in Canberra Australia. The meeting was attended by HBP’s leader of the Neuroinformatics Platform Prof. Jan Bjaalie.

This meeting was hosted and facilitated by The Kavli Foundation and marks the final in-person gathering of the IBI Coordinating Body in 2018. This followed on the IBI meeting achievements in May 2018 in Daegu and Seoul, South Korea, hosted by the Korea Brain Initiative, and in July 2018 in Geneva, Switzerland, hosted by the EU Human Brain Project.

Robert Conn, The Kavli Foundation President and CEO, highlighted why organizations around the globe have come together to create the International Brain Initiative and said: “With the emergence of large-scale, government-sponsored, brain initiatives around the world, the neuroscience community signaled to us the importance of coordination among these projects. Aligning the initiatives could maximize efficiency, leverage each separate effort, and multiply impact.”

“The work of the IBI is of very important for our goals in the Human Brain Project”, says HBP’s Scientific Research Director Katrin Amunts. Jan Bjaalie, leader of the HBP’s Neuroinformatics Platform, adds: “We create an open research infrastructure for neuroscience labs worldwide to link, share and analyze data at an unprecedented scale. That makes collaborating with the other large scale neuroscience initiatives a natural priority.”

The La Jolla meeting began with a review of IBI progress over the past year. The Coordinating Body then approved the Initial Organizational Structure of the IBI, designed for an establishment phase, for a fixed term through October 2019. This organizational structure includes roles for: a Strategy Committee, a Facilitation Team, a Funders Collective, a Stakeholders Collective, and the IBI Working Groups. More details will be available on the IBI website in the coming months.

Afternoon sessions focused on updates from the established and future IBI Working Groups which include: Global Neuroethics, Data Standards & Sharing, Tool & Technology Dissemination, Training & Education, and Inventory of Brain Initiatives.
The next in-person meeting of the International Brain Initiative Coordinating Body will take place in Asia during early spring of 2019.