Spinal cord injuries disrupt the mechanism by which our bodies regulate blood pressure. A team of Swiss and Canadian scientists have developed a treatment that allows patients to regain control of their blood pressure, using targeted electrical spinal-cord stimulation. No medication is required. The team’s findings were published in Nature. 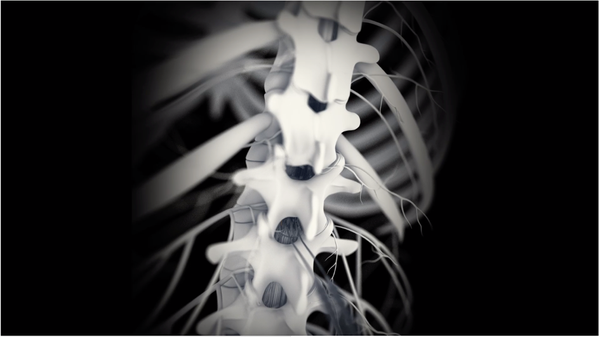 An international team of scientists headed by Grégoire Courtine at EPFL and CHUV and Aaron Phillips at the University of Calgary has developed a treatment that can dramatically improve the lives of patients with a spinal cord injury.

“A serious and underrecognized result of these injuries is unstable blood pressure, which can have devastating consequences that reduce quality of life and are life threatening. Unfortunately, there are no effective therapies for unstable blood pressure after spinal cord injury”. said Dr. Aaron Phillips, co-lead author of the study (see affiliations below). “We created the first platform to understand the mechanisms underlying blood pressure instability after spinal cord injury.”

Their findings, published in the journal Nature, build on research that has already enabled several paraplegics to walk again through epidural electrical stimulation (EES). For this, the researchers have created the most realistic computer simulations of the spinal neuronal circuitry that are currently available, developed within the Human Brain Project. Besides the restoration of motor functions, the approach can easily be adapted to other purposes that rely on electrical stimulation of the spine.

Now, instead of targeting the region of the spinal cord that produces leg movements, the scientists delivered EES in the region containing the neural circuits that regulate blood pressure. In addition, they adapted the stimulation protocol in real-time based on measurements taken by a blood-pressure monitor implanted in an artery. The monitor measures blood pressure continuously, and adapts the instructions sent to a pacemaker that in turn delivers electrical pulses over the spinal cord. The stimulation is biomimetic, since it recapitulates the natural activation of the body’s hemodynamic system. “The stimulation compensates for the broken communication line between the patient’s central nervous system and sympathetic nervous system,” says Courtine.

The research team initially tested their method in preclinical rodent and nonhuman primate models in order to understand the mechanisms that disrupt blood pressure modulation after spinal cord injury, and to identify where and how the stimulation patterns should be applied to obtain the desired hemodynamic responses. Jocelyne Bloch, the neurosurgeon who heads the .NeuroRestore research center with Courtine and who carried out the surgical implants, was surprised at how quickly the stimulation protocol worked. “It was impressive to see the blood pressure rise to the target level immediately after the stimulation was applied,” she says.

The electrical stimulation treatment provided a huge relief – much more effective than medication.

After these initial tests, the scientists tried their method on a human patient.

“I suffered from daily episodes of low blood pressure, especially in the morning and evening,” says Richi, 38 years old. “But since I’ve had the implant, it happens much less often – maybe once every couple of weeks.” Himself a surgeon, Richi lost the use of all four limbs after a sport accident. “Those daily episodes of hypotension were a real burden. They also disturbed my vision and prevented me from performing even simple everyday tasks. The electrical stimulation treatment provided a huge relief – much more effective than medication.” 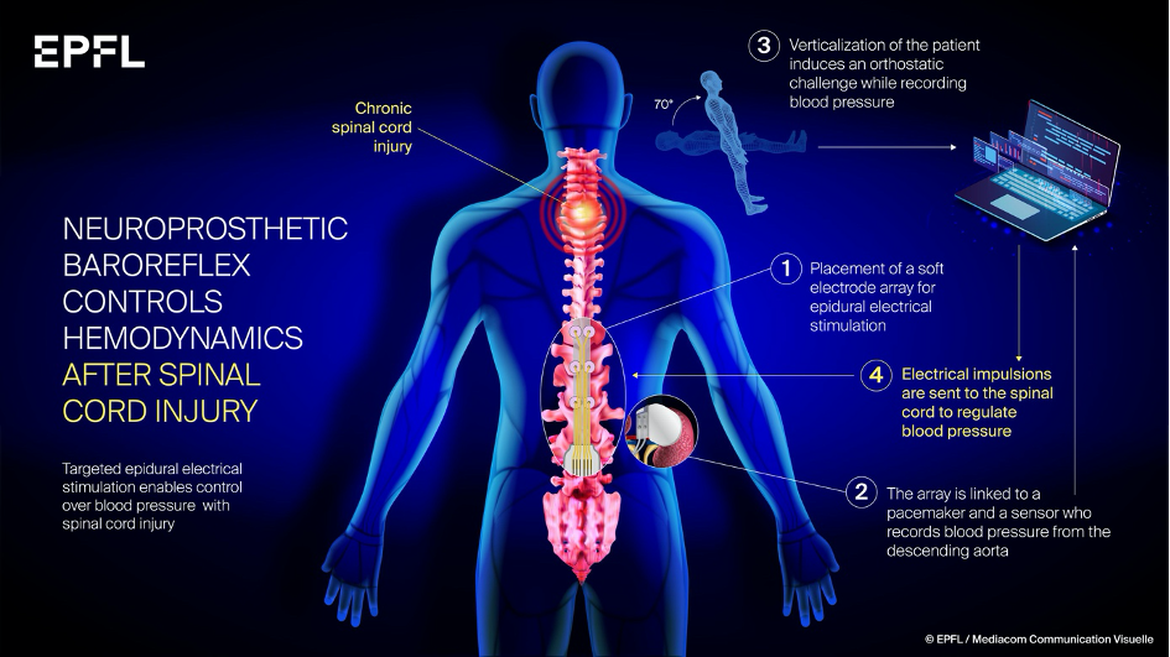 One of the physicians working with Richi, Dr. Sean Dukelow, states: “Since using this system, Richi was able to completely stop all drugs he was using to manage blood pressure instability. This has been transformative, and over the long-term may reduce Richi’s risk of cardiovascular disease.” The team intends to continue its research thanks to a large grant received from the US Defense Advanced Research Projects Agency (DARPA). At the same time, Onward (formerly GTX Medical) – a startup based at EPFL Innovation Park and in the Netherlands – will develop and market clinical devices based on the team’s discoveries.