From 24-27 February 2020, Mobile World Congress 2020, celebrated in Barcelona, will feature a 300sqm+ pavilion showcasing the large-scale innovation initiatives of the European Commission.

The Deep Tech EU space, supported by GSMA and the EU, will highlight the latest technologies developed by the Graphene Flagship, the Human Brain Project, the Quantum Flagship, and host the official presentation to the public of the new Battery 2030+ initiative.

Update: The Mobile World Congress was cancelled due to Coronavirus.

The world is moving at full speed, pushing forward an amazing wave of novel and disruptive technologies that will change the way we see, move, behave and even communicate. We are at a point in time where those technologies, eager to emerge, will signify a paradigm shift in how we view our place in this world, opening a whole new realm to our understanding of the human being from the inside and out: how it interacts and connects with its environment and other elements.

This year, Mobile World Congress Barcelona will host an eye-opening area, the Deep Tech EU space, dedicated to showcasing the upcoming technology trends of the four European Commission’s most ambitious research and innovation initiatives: the Graphene Flagship, the Human Brain Project, the Quantum Flagship, and the Battery 2030+ initiative.

The common space, supported by the GSMA and the European Commission and curated by ICFO, will be presenting the most recent innovative commercial applications and prototypes in the fields of graphene, neuroscience, artificial intelligence and personalised drug development, as well as quantum technologies for computing, sensing and secure communications.

Deep Tech EU is the largest showcase of frontier technologies developed in the frame of the European large-scale research initiatives, the FET Flagships. The Graphene Flagship and Human Brain Project have been delivering results for over six years and, together with the recently launched Quantum Flagship and to be launched Battery 2030+, they each aim is to tackle major societal challenges. They are doing this by means of frontier science and technological innovations, expecting to become game changers and impact European society and economy to position the EU as a leader worldwide.

Frank Koppens, ICREA Prof. at ICFO and curator of the Deep Tech EU space, comments, “ The SMEs emerging from the flagships demonstrate highest-level technologies: that is, they have made it from a scientific lab to the market. This cooperation between the flagships and the GSMA is the ideal opportunity to demonstrate that Deep Tech is surging in the EU."

Present at the MWC since 2016, the Graphene Flagship is already delivering on its original promise – to bring graphene from the lab to market. Over the past six years, graphene has found applications in key industrial areas including electronics, wearable devices, energy storage, and communications, which are already reaching consumers, and has exhibited a major representation of these results at the mobile event.  As part of its mission, the Graphene Flagship aims to transform mobile phone technologies and telecommunications, cementing Europe’s position in these key industries.  The space will be presenting commercial applications by 10 companies, all of them part of the European Graphene Flagship consortium.

Jari Kinaret, director of the Graphene Flagship, says: “We are developing a wide range of graphene-enabled technologies from automotive to aerospace, energy and electronics, with dozens of prototypes and products already demonstrated. This year we have decided to focus our MWC exhibiton on SMEs working on applications of graphene for electronics and photonics, as examples of our multidisciplinary work. For us, MWC is an excellent venue to nurture and create contacts with leading industries in Europe and beyond.”

Appearing for the second time on stage, the 2018 launched Quantum Flagship will be present at MWC 20 bringing to the mobile ecosystem innovative and disruptive quantum technologies through commercial applications, allowing visitors to discover a whole new world of innovative advances. These applications will focus on areas such as communications, computing and sensing, exhibiting applications related to quantum encryption protocols for secure communication networks, quantum computing to tackle major issues such as energy generation and storage, creation of new materials, or even quantum sensing, for unprecedented accuracy and sensitivity  or even network synchronisation. The space will also host the technology presented by four industry partners of the flagship.

Markus Wilkens, Coordinator of the Quantum Flagship Coordination Office, comments, "Quantum certainly belongs to those deep technologies with the highest disruptive potential for our future digital society. At the MWC we will give visitors a glimpse of what this exciting future could look like by showing use cases, latest flagship project achievements and even first commercial products."

Finally, the Human Brain Project will make its first appearance at the MWC in this year’s edition. Already in its sixth year, the large ten-year scientific research project has the objective of advancing our knowledge in the fields of neuroscience, computing, and brain-related medicine. At MWC, with the use of the world’s largest neuromorphic computing platform and a virtual brain software simulator, it will be displaying its latest advances and applications in the field of artificial intelligence as well as personalised disease diagnosis and treatments for neurological disorders.  In addition, it will exhibit technology developed by three industry partners within the initiative.

Katrin Amunts, Scientific Research Director of the Human Brain Project, emphasizes that “Brain science, medicine and information technologies face challenges that make them ideal partners for one another”, says Katrin Amunts. “At MWC we will showcase projects from the HBP that have converged these areas to produce advancements for basic and clincical science and are developed towards commercial application with the help of our industry partners.”

Last but not least, the recently launched large-scale and long-term research initiative Battery 2030+ will also be present at MWC, making its official presentation to the mobile audience to explain the objectives and future roadmap of the program. This new European initiative was launched in March 2019 and focuses on exploring and developing new scientific approaches to deliver breakthroughs in battery technologies.

Visit Hall 8 and discover the technologies that will arrive in the near future to transform the fields of sensors, wearables, data communications, quantum computing machine learning, artificial intelligence, data mining and batteries technologies.

It is clear that we cannot direct the wind, but we can adjust the sails to ride at the crest of these new endeavours.

About the Graphene Flagship

About the Quantum Flagship

The Quantum Flagship was launched in 2018 as one of the largest and most ambitious research initiatives of the European Union. With a budget of €1 billion and a duration of 10 years, the flagship brings together research institutions, academia, industry, enterprises, and policy makers, in a joint and collaborative initiative on an unprecedented scale. The main objective of the Flagship is to consolidate and expand European scientific leadership and excellence in this research area as well as to transfer quantum physics research from the lab to the market by means of commercial applications and disruptive technologies. With currently over 2000 researchers from academia and industry involved in this initiative throughout its lifetime, it aims to create the next generation of disruptive technologies that will impact Europe’s society, placing the region as a worldwide knowledge-based industry and technological leader in this field.

The Human Brain Project (HBP) is the largest brain science project in Europe and stands among the biggest research projects ever funded by the European Union. At the interface of neuroscience and information technology the HBP investigates the brain and its diseases with the help of highly advanced methods from computing, neuroinformatics and artificial intelligence, and in turn drives innovation in fields like brain-inspired computing and neurorobotics. As a lasting contribution to the global science community the HBP has developed EBRAINS, an open European research infrastructure that allows scientists and technology experts to seamlessly collaborate, accelerating advancements in the fields of neuroscience, computing and brain-related medicine. 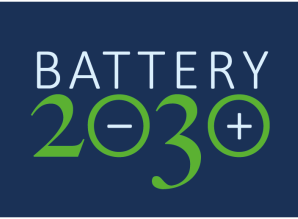 This novel large-scale and long-term research initiative was launched in March 2019. It is based on a multi-disciplinary and cross sectorial approach with support both from the industry and academia. The core group consists of 17 partners, leaders in their fields, from nine European countries. The aim of Battery 2030+ is to invent the batteries of the future by providing breakthrough technologies to the European battery industry across the entire value chain, as well as enabling long-term European leadership in both existing markets (road transport, stationary energy storage) and future emerging applications (robotics, aerospace, medical devices, internet of things). To achieve these goals, the initiative builds a visionary roadmap that suggests long-term research directions based on a “chemistry neutral” approach. The first R&I projects, building on the proposed research areas in the roadmap, will start in mid 2020. The research and innovation actions will allow Europe to reach and surpass the ambitious targets agreed upon in the SET plan as well as giving Europe a competitive edge on future sustainable battery technologies.