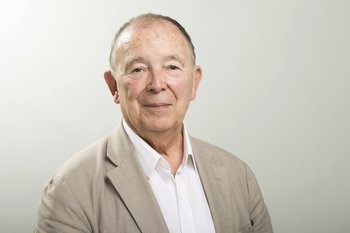 The prize is awarded by the Brain and Behavior Research Foundation and named after neuroscientist Prof. Patricia Goldman-Rakic (1937-2003), a pioneering researcher in the area of working memory and the investigation of the prefrontal cortex. The prize is shared with Xiao-Jing Wang, Ph.D., Center for Neural Science, NYU and carries an award of 40 000 Euro. The award ceremony took place on Oct 26 in New York City.

Jean-Pierre Changeux  is Emeritus Professor of Neuroscience at the Institut Pasteur and Collège de France. He has made contributions to multiple scientific fields, from molecular neurochemistry to the theory of consciousness. In the Human Brain Project he leads the Co-Design Project “Modelling Drug Discovery” which aims to use molecular dynamics simulations for the design of new classes of drugs that target allosteric sites of receptor proteins. 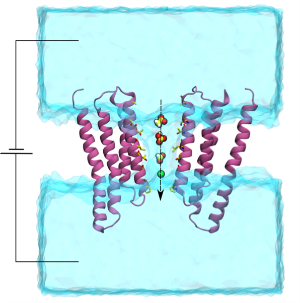 The picture above is taken from the latest publication coming from CDP-6 in the journal “Structure”. Molecular modeling and simulation methods were used to reveal how so-called Glycine receptors work, a type of ion channel that plays a role for neurotransmission in the spinal cord and the brain stem. Dysfunctions of these receptors are linked to several disorders including epilepsy and chronic inflammatory pain.