Prof. Jean-Pierre Changeux, Emeritus Professor of Neuroscience at the Institut Pasteur and Collège de France has been selected as the winner of the 2018 ALBERT EINSTEIN World Award of Science. 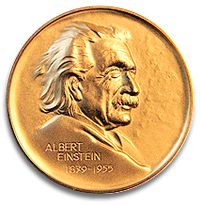 The eminent scientist has made contributions to multiple fields of investigation, from molecular neurochemistry to the theory of consciousness. In the Human Brain Project he leads the Co-Design Project “Modelling Drug Discovery” which uses molecular dynamics simulations for the design of new classes of drugs targeting allosteric sites of receptor proteins. He also has been a founding member and later leader of the research area Ethics and Society in HBP and will be a keynote speaker at the HBP International Conference on Consciousness from June 21-22 in Barcelona.

The prize is awarded in recognition of his exceptional scientific achievements and leadership in the field of neuroscience and especially for his pioneering contributions to the science and understanding of neuroreceptors for the past 50 years. Prof. Changeux’s breakthrough discovery of the acetylcholine receptor as a model membrane receptor was ground-breaking since it has proven to be one of the most central regulatory mechanisms in biology. This has led to an original insight into the chemistry of the brain and ultimately the brain-mind relationship. 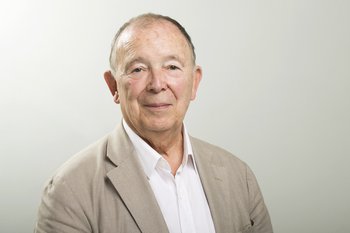 The jury acknowledged the significant impact of his research on healthcare and on our understanding of human neural processes. Prof. Changeux’s deep thought on the mechanism of neural networks has narrowed the gap between molecular biology and cognitive sciences.

At the beginning of his career in the 1960s, working with Jacques Monod, François Jacob and Jeffries Wyman, he made a breakthrough that led to the development of the theory of allosteric transitions in proteins. This now well-established theory postulated that regulatory ligands control the activity of the active sites of enzymes when they bind to topologically distinct sites.

Soon after, Prof. Changeux proposed a similar concept to explain the behaviour of synaptic receptors for neurotransmitters. During the decades that followed, he proved this hypothesis too. He characterized and purified the acetylcholine receptor from the electric organ of a fish, the first receptor for a neurotransmitter and ligand-gated ion channel to be identified.

Further studies have shown that human diseases are associated with mutations that change the conformational equilibrium of allosteric proteins, including growth factor receptors. Furthermore, many of the drugs developed to modulate receptors coupled to G proteins are in fact allosteric modulators. Currently, many pharmaceutical and biotechnology companies are developing allosteric modulators of receptors or other key proteins in human cells for use as efficient drugs in neurological disorders as well as other diseases including cancer.

Moving from the molecules and the isolated neurons or muscle cells to the development of neuronal networks, Prof. Changeux and his colleagues made a far-reaching contribution by first proposing in mathematical terms and then testing the theory that the long-term epigenesis of neuronal networks occurs by the selective stabilization and elimination of developing synapses.

At the same time, Jean-Pierre Changeux and his colleagues proposed theoretical models for defined cognitive tasks that bridge the gap between molecular biology and cognitive sciences and where allosteric receptors play a key role in the regulation of synaptic efficacy. Furthermore, they put forward an original hypothesis describing a neuronal mechanism for conscious access, implying a “global neuronal workspace” composed of a brain-scale horizontal network of reciprocally connected long axon pyramidal neurons.

Jean-Pierre Changeux has been concerned about the ethical consequences of recent progress in neuroscience for medicine and for society in general, and has made it widely known in his popular work L’homme neuronal, (Neuronal Man: The Biology of The Mind), 1983, and his book with the philosopher Paul Ricoeur La Nature et la Règle (1998), What makes us think? a neuroscientist and a philosopher argue about ethics, human nature and the brain 2000. This major work was followed by books on the way we perceive paintings and music or how we think and speak, all of which were further enhanced by his vast knowledge of art, music, history and philosophy.

During his career, he has accumulated a vast collection of works of art, mostly paintings, lithographs and prints of the seventeenth century. Part of this was donated to the Bossuet Art Museum in Meaux.

He was invited to become a member of various academies of Science and Letters, among them Academia Europaea, Accademia dei Lincei, Leopoldina and the French Académie des Sciences. He is doctor honoris causa of almost twenty universities worldwide.

This year the World Cultural Council will celebrate its 35th Award Ceremony on Thursday 8th November 2018 at 16:30 hrs. in City University of Hong Kong, Hong Kong. This innovative university is an ideal environment for recognizing the outstanding achievements of the WCC’s laureates and celebrating the inspiration that they bring as role models for future generations.

As part of the programme, the WCC, in cooperation with City University, organizes Laureates’ Lectures to create an opportunity for interaction between the local community and the winners. These lectures will take place on Wednesday 7th November.

During the Award Ceremony, the World Cultural Council will grant special acknowledgements to young researchers or scholars from Hong Kong who have achieved outstanding performance in the fields of science, education or the arts. This year, nine promising young research leaders from City University Hong Kong will receive a Commemorative Diploma for their exemplary work at an early stage of their careers.

For more than three decades the World Cultural Council has been recognizing individuals that have made exceptional achievements in science, education and the arts, with the final objective of promoting tolerance, peace and fraternity, seeking to encourage the use of science, art and education to further the well-being of humanity.