Could nicotine help against Covid-19?

Jean-Pierre Changeux is Emeritus Professor of Neuroscience at the Institut Pasteur and conducts research in molecular neuroscience within the HBP. As a pioneer in this field, he also follows biochemical and neurological questions around the new Coronavirus, particularly a potential protective role of nicotine. After a surprisingly low number of smokers among Covid-19 patients was found in a French study, led by Prof. Zahir Amoura at Pitié Salpétrière University Hospital in Paris, Changeux and the clinician together published “A nicotinic hypothesis for Covid-19”. The authors stress the substantial health risks of smoking, including more severe symptoms for those that do get infected, but tests of nicotine patches are soon to start. 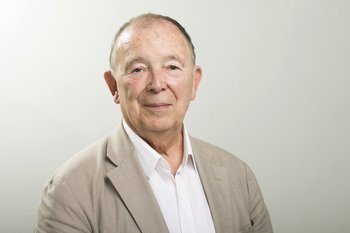 Q: A new study indicates much lower numbers of smokers among Covid-19 patients than in the general population. How could this observation be explained?

Yes, that is the result of an epidemiological study done by Prof. Zahir Amoura from Pitié Salpétrière in Paris about the prevalence of current daily smoking in Covid-19 patients compared to the French general population. In the hospitalized in-patients vs less severe out-patients, a smoking rate of 4.4% vs 5.3% was found, both very low against 25.4% in the general population. This finding has been confirmed by an independent study. There appears to be a « protective effect » of smoking on the risk of Covid-19 infection. This is a somewhat counter-intuitive finding which at this stage is not understood. Because of the urgent need for a therapeutics under the current conditions, we together published  an « hypothesis » about it, an approach which is not currently done in biology but frequently in physics.

Q: What could be the link between this finding and Nicotine?

The first part of the hypothesis is precisely that nicotine – which is abundant, but not the only component of the tobacco smoke – is the active compound against SARS-CoV-2. The second is that since nicotine binds to a well identified receptor, the acetylcholine nicotinic receptor (nAChR), (we isolated it in 1970), this receptor would be engaged in SARS-CoV-2 infection. The virus would interact directly/or indirectly with the nAChR and nicotine would antagonize this interaction. In the Rabies virus, this binding of the virus to the peripheral nAChR is well established (since decades) and this interaction is mediated by a sequence of the Rabies virus envelope, which is homologous to the snake venom toxins which we used initially in the 1970 identification of the nAChR. Amazingly there is a rather similar sequence in the envelope of SARS-CoV-2. Its role is presently under investigation.

Q: How should this now be followed up? What are the next pressing questions?

The nicotine hypothesis of Covid 19 is presently followed up along two lines of research. One is clinical and carried out by Prof. Amouras team. It is to assess the effect of nicotine patches: 1. in the prevention of SARS-Cov2 infection in health care workers; 2. on worsening of Covid-19 hospitalized patients, and 3. on severely ill Covid-19 patients. The other includes biological studies carried out mostly at the Institut Pasteur on a possible interaction of the virus spike protein in vitro with the nAChR by Electron Microscopy and other physical methods, and in vivo on cellular and animal model systems about a possible relationship between SARS-Cov2 virus action and nicotine. In all these experimental studies the effect of nicotine and allosteric modulators of the nAChR, including a nonaddictive one like Ivermectine, shall be tested on Covid 19 infection. Also the hyper-inflammatory syndrome described in some Covid-19 patients resemble the dysregulation of cytokine release by macrophages upon experimental perturbation of the nAChRs. The nicotinic hypothesis suggests an abundant number of biological experiments. Still alternative hypotheses at this stage are not excluded.

Q: Loss of smell has also been reported, as well as other possible neurological effects. Could the virus enter and affect the brain?

Yes, indeed there are now studies supporting the neurotropic action of the SARS-Cov2 virus through the well know "olfactory pathway", from the olfactory mucosa in the nose to the brain stem, until the respiratory centers of the upper medulla. In addition to anosmia (loss of smell) and ageusia (loss of taste) there are many neurological signs appearing in the course of the disease such as extreme muscular fatigue, cognitive deficits, delirium... and last but not least fatal respiratory arrests. Many more data are needed. Yet, this is a fascinating field of future research.