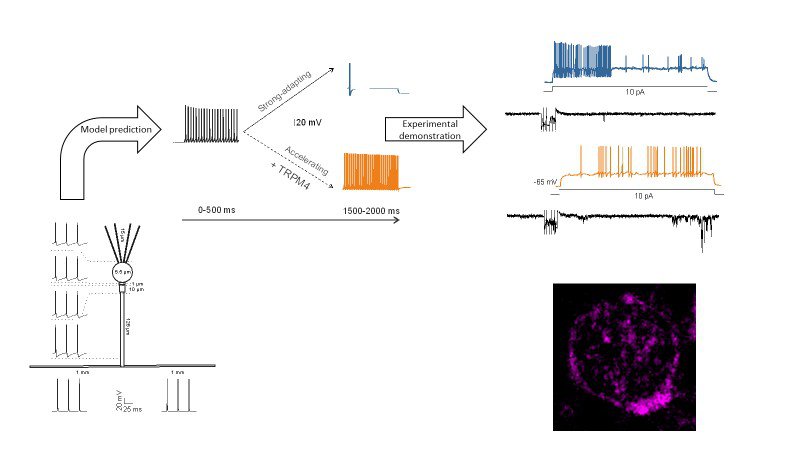 The biological world is surprising for its complexity even in the simplest cellular structures. In a recent publication in "Nature Communications Biology", the team of the Neurophysiology Laboratory of the University of Pavia directed by Prof. Egidio D’Angelo (through a collaboration of scientists of the Department of Brain and Behavioral Science, Molecular Medicine, and Biology and Biotechnology) has revealed a new unanticipated property of cerebellar granule cells.

These neurons are the most numerous of the brain and have long been thought to be the simplest. They have been said to be linear transducers of incoming signals, but this turned out to be wrong. Computational modeling predicted the unexpected expression of an ionic channel (TRPM4) enriching the discharge pattern of the neuron and this theoretical property has been subsequently demonstrated using advanced electrophysiological recordings (the ionic channels are membrane molecules that regulate neuronal excitability).

The consequences of this discovery are to modify the current understanding of the cerebellar network.

This network is fundamental for sensorimotor control and sensory prediction and is among the main circuits that allow the brain to operate in real time and to learn from errors.

The presence of finetuned neuronal populations at the input stage of the network can generate adaptive filters and determine the multidimensional spatiotemporal reconfiguration that the brain needs to operate.

Through a network of collaborations inside the Human Brain Project, these new cellular properties are now going to be implemented into large scale models inserted in close-loop controllers of neurorobots and neuromorphic computers.