“Neuroscience is not one field of research, but rather an alliance of different disciplines. Only such a varied network will allow important common goals and objectives to be achieved.” – Javier DeFelipe 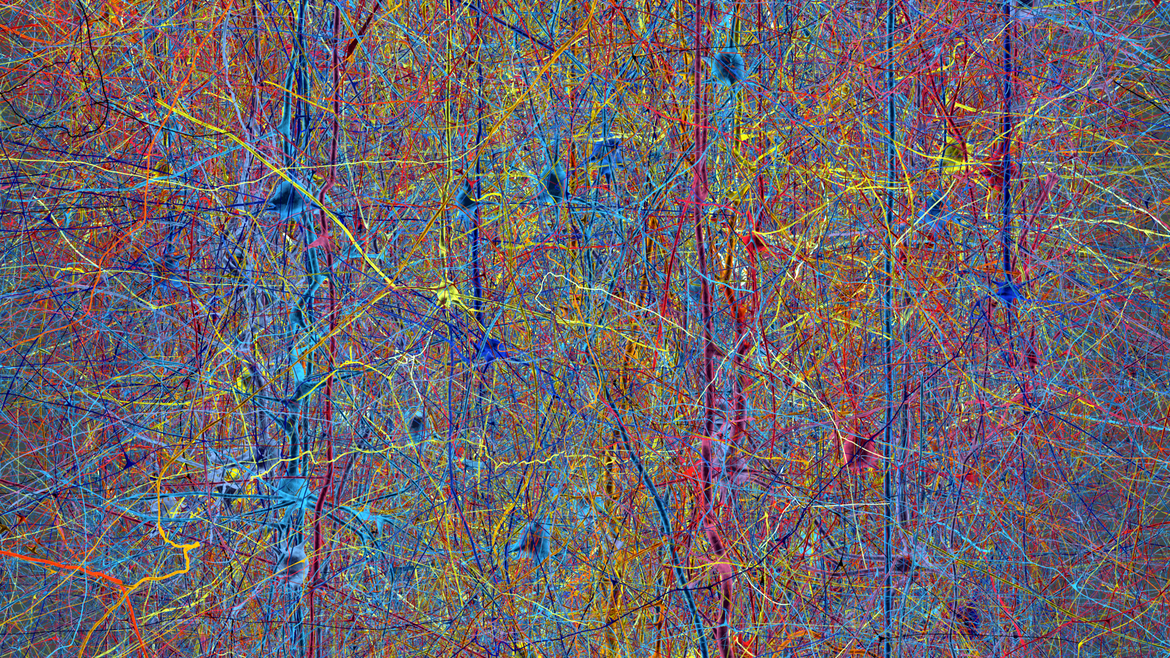 The brain, writes HBP neuroscientist Javier DeFelipe, is comprised of thousands of millions of cells and thousands of kilometres of processes arising from these cells, which form an amazingly intricate network “without empty spaces”.

Untangling, mapping and understanding this dense forest of connections is an enormous task, but DeFelipe believes there is cause for optimism, if the right strategies of interdisciplinary collaboration are followed. DeFelipe outlined his thoughts in a recent correspondence to Neuron.

DeFelipe’s article outlines a brief history of neuroscientific breakthroughs that allowed an understanding of brain structure to grow, notably the early staining work of Camillo Golgi in the 1870s. This made neurons visible, and for the first time it was possible to characterize and classify them. Basic neuronal circuit diagrams followed.

Today the gold standard method for tracing the connections is electron microscopy with serial section reconstruction. However, it is a painstaking process: it has been estimated that to create a high resolution 3D reconstruction of only 64,000 um3 of cortical tissue would take two people-years of continuous tracing (24 hr per day, 7 days per week).

Even if an entire brain were reconstructed this way it would still not account for the large amount of variation in the ultrastructure between individual brains.

“It seems clear that only by combining studies at the macro-, meso-, and nano-scopic levels can we fully understand the structural arrangement of the brain as a whole,” writes DeFelipe.

DeFelipe’s thoughts echo those that came out of a workshop between three of the world’s major brain research initiatives late last year. Representatives of the Human Brain Project, the BRAIN Initiative in the United States and the Brain/MINDS Project in Japan meet in Brussels.

A correspondence written as result of the workshop called for increased collaboration since “no single project can sufficiently achieve the task of understanding the brain.” It also highlighted the value of coordinating and standardising data.

“Research projects, clinical studies, and patients' records are currently generating an impressive amount of data worldwide on the healthy and diseased brain. Although difficult to implement, use of a set of standardised protocols in laboratories worldwide would provide strong added value to neuroscience research.”

If steps like this to develop a global neuroscience can be taken, DeFelipe believes there is reason to be optimistic that achieving ambitious scientific goals, like those of the HBP and other collaborative brain research projects, can be achieved.

“The idea is to pool the efforts of multiple laboratories with different areas of expertise in order to add value by working together. This can be put into practice through large international projects, like the Human Brain Project and the Brain Activity Map, or through other initiatives that promote interdisciplinary collaboration and data sharing, like the Allen Institute for Brain Research and neuroinformatic platforms like NeuroMorpho.org.”