HBP senior scientist Javier DeFelipe has written a new book exploring the junction between art and science in the early days of brain exploration. 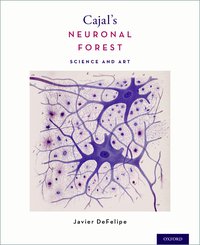 When Santiago Ramón y Cajal peered through his 19th century microscope at brain cells he saw an extraordinary world that not only started modern neuroscience but resulted in a merging of art and science.

DeFelipe's new book, Cajal's Neuronal Forest: Science and Art, explores the science and creative beauty of images (see below if viewing on a mobile device) produced by Cajal , who is regarded as the father of modern neuroscience.

Cajal's Neuronal Forest: Science and Art is published this month by Oxford University Press (OUP). The book will be launched during the Society for Neuroscience conference in Washington, on November 15, at the former Residence of the Ambassadors of Spain.

“Cajal had to take the image he saw in the microscope and then make an interpretation, and based on that he created a new understanding about how the brain works. Modern neuroscience starts with Cajal. From his observations, from his neuron theory, we started to get deep into the subject,” says DeFelipe.

The book is divided into two parts. OUP says the first focuses on the scientific atmosphere in Cajal's times, on the history of the neuron, and the anatomical challenge posed in studying neuronal connections. It also delves into the artistic skills of Cajal and other important pioneers in neuroscience and how the neuronal forests have served as an unlimited source of artistic inspiration.

The second part consists of 275 original drawings by Cajal. All were published over the course of his scientific career and cover virtually all of his research fields of interest, including the spinal cord, the optic lobe and retina, cerebral cortex, and many other regions of the brain.

OUP describes how Cajal was captivated by the beautiful shapes of the cells of the nervous system.

“He and his fellow scientists saw neurons as trees and glial cells as bushes. Given their high density and arrangement, neurons and glial resembled a thick forest, a seemingly impenetrable terrain of interacting cells mediating cognition and behaviour. In unravelling the mysteries of the brain, these researchers encountered an almost infinite number of cellular forms with an extraordinary beauty, which they could not help but put pen to paper, allowing them to discover a new artistic world- the neuronal forest- that gave free rein not only to their imagination, but to a new way of viewing the brain as well.”

Before Cajal the most common view regarding the organisation of the nervous system was the Reticular Theory, says DeFelipe.

“This theory maintained that nerve currents flowed through a continuous network of neuronal processes. However, according to the Neuron Theory, these currents went from cell to cell via a point of contact, as Cajal said “in much the same way that electric current crosses a splice between two wires”. These new ideas about the connections between neurons therefore led to novel theories about the relationship between neuronal circuits and brain function.”

DeFelipe says that Cajal’s time was a romantic age of scientific discovery, a time when scientists largely worked on their own to make new discoveries. Today, of course, furthering our understanding the brain requires the coordinated collaboration of multi-disciplinary teams - like the Human Brain Project.

Javier DeFelipe is a Research Professor at the Instituto Cajal (CSIC), Madrid, Spain. His main area of expertise lies in the microanatomy of the cerebral cortex. He is also the leader of the Human Brain Project’s team investigating mouse brain organisation (Subproject 1). 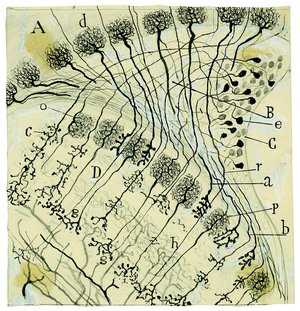 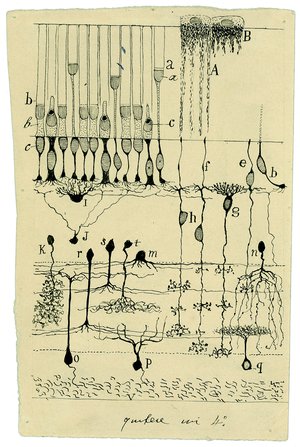 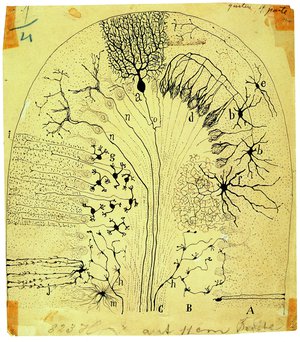 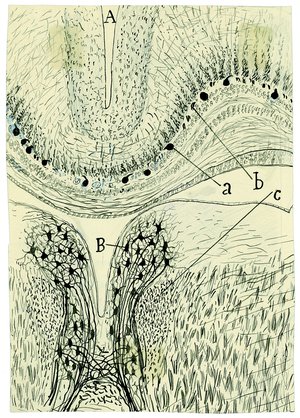