The Shadow Robot Company designs and develops highly dexterous robotic hands that are as realistic as possible to human hands and makes them available to researchers within the framework of the Human Brain Project. The goal is to integrate them into the robots of the future.

One of the most difficult parts of the human body to imitate due to its complexity is the hand. The Shadow Robot Company designs and develops highly dexterous robotic hands that are as realistic as possible to human hands and makes them available to researchers within the framework of the Human Brain Project. The goal is to integrate them into the robots of the future.

MORE: The Shadow Robot Company as an HBP Partnering Project 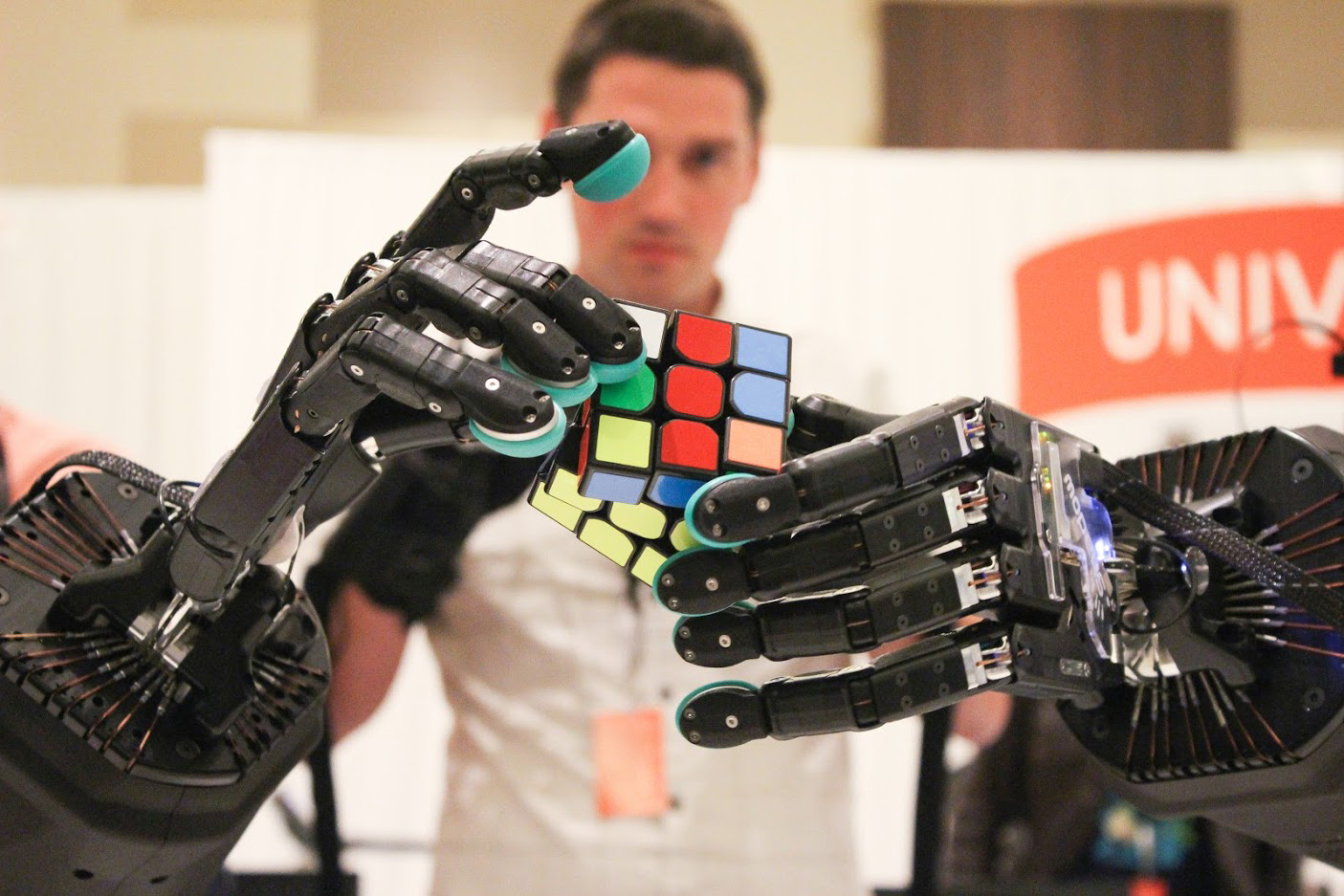 Thirty-two years ago, when computers were only available to a few, a group of young people in a London penthouse were working hard to build a robot that could walk. Their efforts were shattered when the Honda company announced the creation of the Asimo robot, the first android in the world that could walk.

Far from giving up, the youngsters decided to reorient their work towards a part of the body engineers were less interested in but was highly complex: the hands. They set out to create robotic hands that would perfectly imitate human hands.

This led to the creation of what nowadays is the Shadow Robot Company, which last summer received the AIconics Award 2019 in the category of Best Artificial Intelligence Hardware Award and won the Queen's Awards for Enterprise 2019 under Innovation. One of their recent inventions is the world’s first haptic telerobot hand. In addition to cooperating with the main entities and research centres in the world, such as NASA, the Massachusetts Institute of Technology or Siemens, the team participates in the Human Brain Project (HBP), the most important European project on the human brain.

“Neuroscience is something new to us but, at a conference, a researcher working at the Technical University of Munich (Germany) proposed that we integrate our dexterous hand simulation model into the HBP-Neurorobotics simulation Platform. This we believe will enable the neuroscience researchers and Shadow Robot’s customers to explore learning paradigms and control models coming from neuroscience, something no other simulation platform can offer” Radhika Gudipati, the company's business development manager, explains to Sinc.

This platform allows virtual brain models to be connected to robotic devices, such as hands in this case. Thus, researchers can analyse how these devices control movement, react to stimuli or even ‘learn’ in a virtual environment.

Sensitivity up to the fingertips

The robotic hand has 129 sensors and 24 joints, with very similar movements to those of humans, including the thumb or even the flexion of the palm to move the little finger. Moreover, the fingertips are very sensitive, which adds to the similarity to real hands.

“Robotic hands are always used in the area of prostheses but, in this case, we expect our robotic hand model, which has been tested on the platform, to serve as an opportunity for researchers in Artificial Intelligence and neuroscience to test their techniques on hands similar to human hands,” summarizes the expert.

The Neurorobotics platform is public, accessible via the internet and available to all scientists who want to test their brain prototypes or build the brain-inspired robots of the future. The aim is that, thanks to the simulations, the new androids will be designed in a completely different way from what has been done until now.

Shadow Robot Company participates in the Human Brain Project, one of the FET Flagships of Horizon 2020- the European Union's research funding framework programme.

The Sinc agency is participating in the European SCOPE project, coordinated by FECYT and financed by the European Union through Horizon 2020. The objectives of SCOPE are to communicate visionary results of research projects associated with the GrapheneFlagship and the Human Brain Project, as well as to promote and strengthen relationships within the scientific community of the Emblematic Research Initiatives of Future and Emerging Technologies (FET Flagships) in the EU.