The latest edition of the International School of Brain Cells & Circuits “Camillo Golgi”, organised by scientists at the Human Brain Project, concluded on Saturday 3 December. The school was hosted at the Ettore Majorana Foundation and Centre for Scientific Culture in the small Sicilian town of Erice, where high profile scientific summits have been taking place since 1963 in four reformed monasteries across the town. This year marks the 7th edition of the school, which featured more than 80 participants and dozens of talks, lessons, poster sessions and for the first time workshops and hands-on activities. 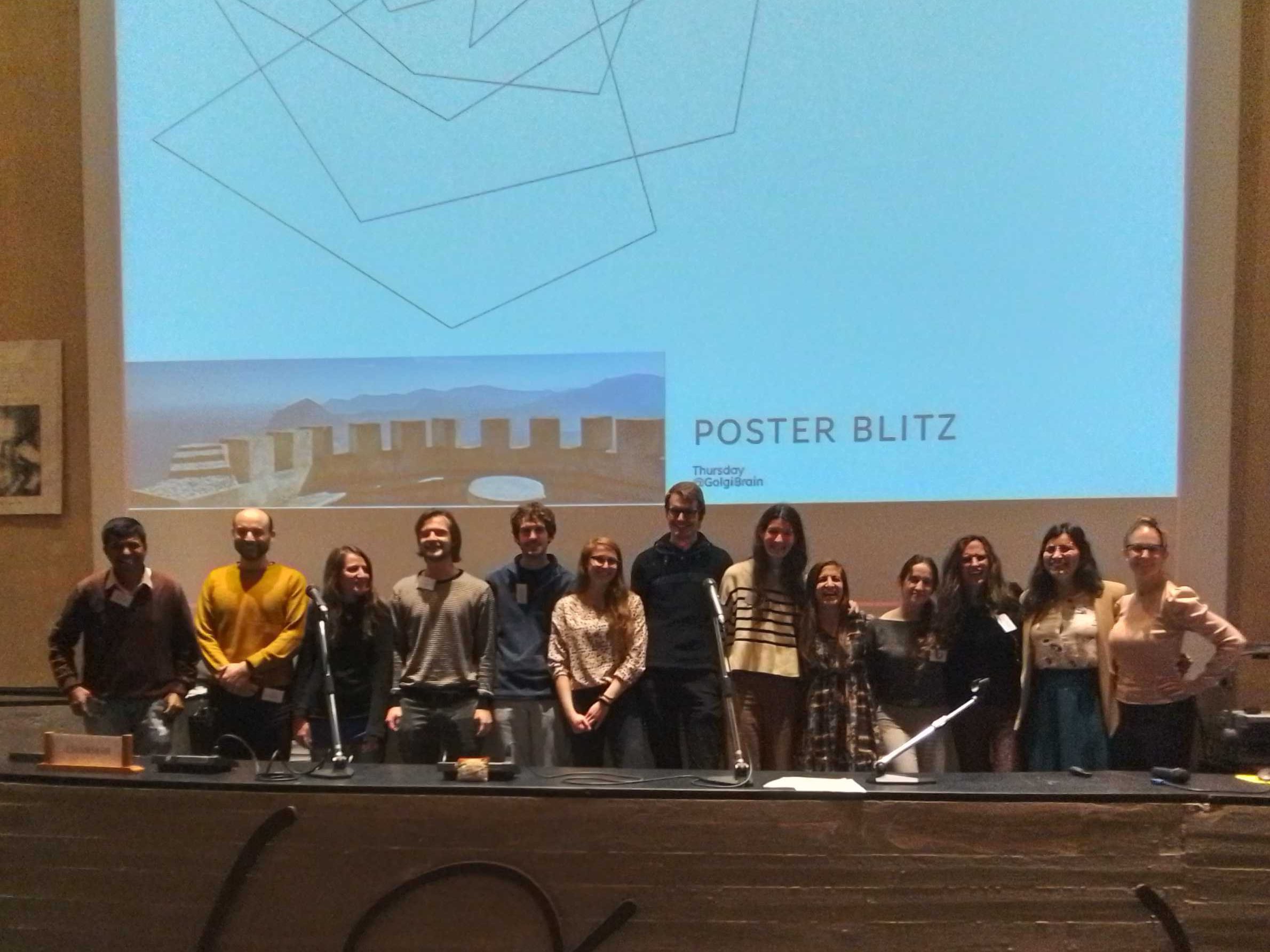 The 2022 edition centered on the issue of multiscale brain modelling, a focal topic in modern neuroscience and a crucial point in the HBP living paper outlining the vision for digital brain research in the coming decade. “The brain spans multiple scales, and we have very good models for each scale. When there is a jump from one scale to the other, we encounter a problem” explained in his opening remarks Egidio D’Angelo (Brain Connectivity Centre in Pavia), course director along with Claudia Gandini Wheeler-Kingshott (University College London and University of Pavia) and Viktor Jirsa (Institut de Neuroscience des Systèmes in Marseille). “What we want is to build models that function from the microscopical to the whole-brain: for this, collaboration is essential”. Many of the talks focused on recent HBP accomplishments in first “Co-Simulations” and multiscale brain models, as well as ongoing research projects to further bridge the gaps between scales.

“The HBP’s EBRAINS Research Infrastructure is shaping up to be the place for brain scientists looking to connect the scales. And it is open to all researchers”, said France Nivelle from the EBRAINS AISBL in Brussels, who presented EBRAINS to the audience.

The participants took part in multiple talks, classes and poster sessions, presenting upcoming work and engaging into roundtable theoretical discussions at the end of each day. For the first time in the school, 7 hands-on sessions were introduced, allowing the participants to experience and familiarize themselves with EBRAINS, exchanging notes and workflows with each other.