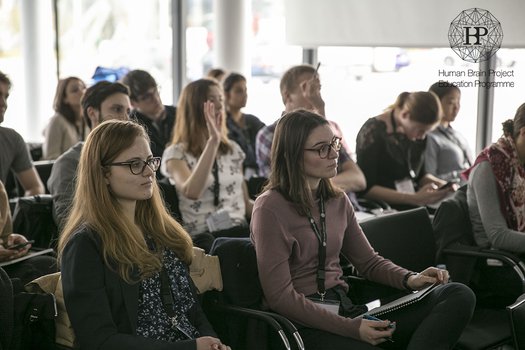 FAQs & ALL YOU NEED TO KNOW

Which expenses do I have to expect?

You have to expect the following expenses:

Find further information on the application process and support opportunities on the workshop overview site.

How do I get there?

In order to get to TUM Munich – Garching Campus you have many possibilities.

If you are coming from Munich Central Station:

If you are coming from Munich Airport:

What if I need medical care on site?

We strongly recommend that you invest in travel insurance and inform yourself about treatment and reimbursement conditions before travelling to Munich, Germany. If you are a European citizen, you should bring your European Health Insurance Card, which is accepted in combination with an ID.
As health care and social security systems vary between EU countries, please check the details on unforeseen medical treatment abroad.
Please note that you might have to contact your health insurer for authorisation before being treated at the hospital.

What is the typical climate in Munich?

Is there free Internet available on site?

EDUROAM is available at Technical University of Munich.

What else do I have to know?

Please note that the information provided on this site has been obtained from several different sources and therefore the organisers cannot accept any responsibility for errors therein.

Spiking neural networks (SNN) are a special class of artificial neural networks (ANN), in which the information is transmitted by means of pulses (or spikes) rather than by firing rates. As SNNs have shown to be excellent control systems for biological organisms, they have the potential to produce good control systems for autonomous robots. This workshop aims to bring together neuroscientists with roboticists and computational researchers developing biologically-inspired learning algorithms for scientific and industrial applications.

In order to enrich the discussions of SNN and its applications to computing, algorithmics and robotics, we will have an interactive session on spiking neural networks on the Neurorobotics Platform.

The programme will combine lectures in the morning and hands-on sessions in the afternoon. The sessions will finish around 4 p.m. to allow participants to also attend the IEEE International Conference on Cyborg and Bionic Systems.

This programme may be subject to change. 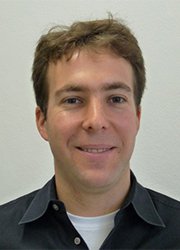 Jörg Conradt is an Associate Professor at Computational Science and Technology, KTH, Stockholm. Understanding and applying the computational principles behind how brains turn perception into behavior is one of the most challenging research questions for the upcoming decades. His research investigates theory, models, and implementations of distributed neuronal information processing, to (a) discover key principles by which large networks of neurons operate and to (b) implement those in engineered systems to enhance their real-world and real-time performance. He holds an M.S. degree in Computer Science/Robotics from the University of Southern California, a Diploma in Computer Engineering from TU Berlin, and a Ph.D. in Physics/Neuroscience from ETH Zurich.

Spiking Neuronal Networks (SNN) offer a powerful promise to control intricate future robotic systems. Such SNNs need to be executed on reasonable power budgets in real time for any real-world robotic application. The more challenging and complex sensory inputs and control settings become, the more questionable is the execution of (spiking) neuronal networks in real time. Neuromorphic hardware, such as Manchester’s SpiNNaker, IBM’s TrueNorth, or Intel’s Loihi, offer efficient execution of SNNs, but provide various challenges and limitations in software, interfacing, and up-scaling. This talk will highlight several available neuromorphic computing platforms, and present benefits of connecting such to real-time real-world robot scenarios. 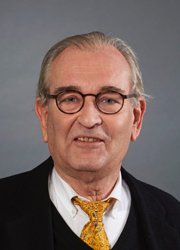 Rüdiger Dillmann received his Ph. D. from the University of Karlsruhe in 1980. Since 1987 he has been Professor of the Department of Computer Science and is Director of the Research Lab Humanoids and Intelligence Systems at KIT.  In 2002, he became the director of an innovation lab at the Research Center for Information Science (FZI), Karlsruhe. Since 2009 he has been spokesman of the Institute of Anthropomatics at the Karlsruhe Institute of Technology and founder of the KIT – Focus Anthropomatics and Robotics. His research interest is in the areas of humanoid robotics and neurorobotics with special emphasis on intelligent, autonomous and interactive robot behaviour based on machine learning methods and programming by demonstration (PbD). Other research interests include machine vision for mobile systems, man-machine interaction, computer-supported intervention in surgery and related simulation techniques. He is the author/co-author of more than 900 scientific publications, conference papers, several books and book contributions. Rüdiger Dillmann was Coordinator of the German Collaborative Research Center ”Humanoid Robots”, SFB 588 and several European IPs. He is the Editor of  the journal ”Robotics and Autonomous Systems”, Elsevier, and Editor in Chief of the book series COSMOS, Springer. He is an IEEE Fellow.

The long-term goal of this research is to model, translate and understand biomorphic neural principles focusing on brain-related  senso-motoric control tasks and to ground it with the help of real robots. This involves interdisciplinary and collaborative research as it is done within the HBP.  Spiking neural networks (SNN) have the potential of replicating real neurons mirroring some of their biological characteristics. SNNs are capable of performing synaptic spike-based communication, they allow modelling of local brain functionalities including learning and plasticity mechanisms. We assume that the brain is forming sensor-motor primitives as building blocks for prediction, generation and execution of motions. The combination of neural simple motion primitives represent muscle synergies and yield towards more complex and advanced motions. The authors present results of their research on bio-inspired SNN control architectures capable to perform tasks like neural object recognition, object tracking, target reaching and grasping as well as collision- and obstacle avoidance. The experimental evaluation with a robot arm in closed loop control mode is performed without any planning algorithms nor calculation of kinematic transformations. Spiking neural networks are used to represent motions in a hierarchy of motor primitives. Biologically plausible reward-learning rules based on synaptic sampling show that the SNNs are capable of learning to perform policies. Neuroscientists have established links between reward-modulated synaptic plasticity and online reinforcement learning. The hyper-parameters of this neuromodulation and their impact on performance were studied on closed-loop sensor-motor experiments. The potential of deep reinforcement learning for target reaching affects object interaction, manipulation and grasping tasks and can contribute to adapt its execution to different situations. An active binocular DVS system is used in stereo mode which is driven by micro saccades. The SNN feedback information from the DVS vision system and from proprioception are coupled for executing reaching movements and for general motion generation. Future work is related to an effective use of neuromorphic vision with emphasis to eye movement, micro saccades, visual affordance learning and visual prediction. Biomorphic navigation and mapping  (BSLAM) requires episodic neural memories supported by multi-scale learning capabilities. 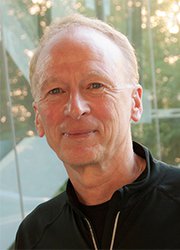 Wolfgang Maass holds a PhD in Mathematics from Ludwig Maximilians University Munich. He did research at MIT, the University of Chicago and the University of California at Berkeley as Heisenberg Fellow of the Deutsche Forschungsgemeinschaft. From 1982–1986, he was Associate Professor and from 1986-1993 Professor of Computer Science at the University of Illinois in Chicago and since 1991, he has been Professor of Computer Science at the Graz University of Technology in Austria. In 2002/3 and 2012 he also held a professorship at the Brain-Mind Institute at EPFL, Lausanne, Switzerland. Since 2005 he has been an Adjunct Fellow of the Frankfurt Institute of Advanced Studies (FIAS), from 2008 until 2012 he was Member of the Board of Governors of the International Neural Network Society and since 2013, Prof. Maass has been a Member of the Academia Europea. Also, in 2018 he was a co-organiser of the Special Semester "The Brain and Computation" at the Simons Institute, University of California at Berkeley.

Lecture title: Lessons from the brain for enhancing computing and learning capabilities of spiking neural networks

Wolfgang Maass will sketch recent progress in boosting the computing capability of spiking neural networks for temporal processing tasks. He will also sketch a recently discovered new learning method for recurrent networks of spiking neurons, called e-prop, which may explain how synaptic plasticity is organised in such networks in the brain. In addition, e-prop enables on-chip learning for neuromorphic chips. Both methods were the result of having a closer look at experimental data on spiking neural networks in the brain.

No picture, bio and abstract provided yet.

This face-to-face workshop is based on the content of the HBP Curriculum online lectures.

The university was founded in 1868 to provide the state of Bavaria with a center of learning dedicated to the natural sciences. The university played a vital role in Bavaria's transition from an agricultural to an industrial state – and accelerated the pace of technological advancement across Europe.
Now the Technical University of Munich is one of Europe's top universities. It is committed to excellence in research and teaching, interdisciplinary education and the active promotion of promising young scientists. The university also forges strong links with companies and scientific institutions across the world. TUM was one of the first universities in Germany to be named a University of Excellence. Moreover, TUM regularly ranks among the best European universities in international rankings. 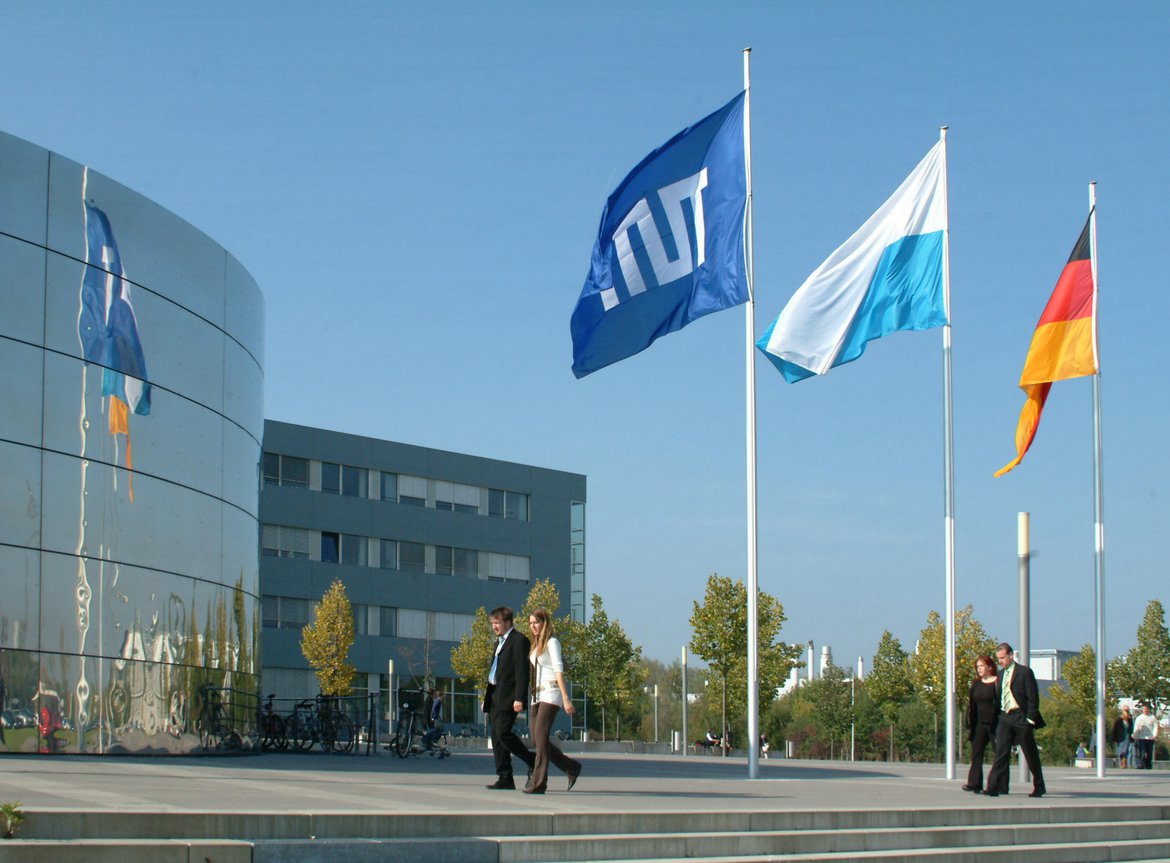 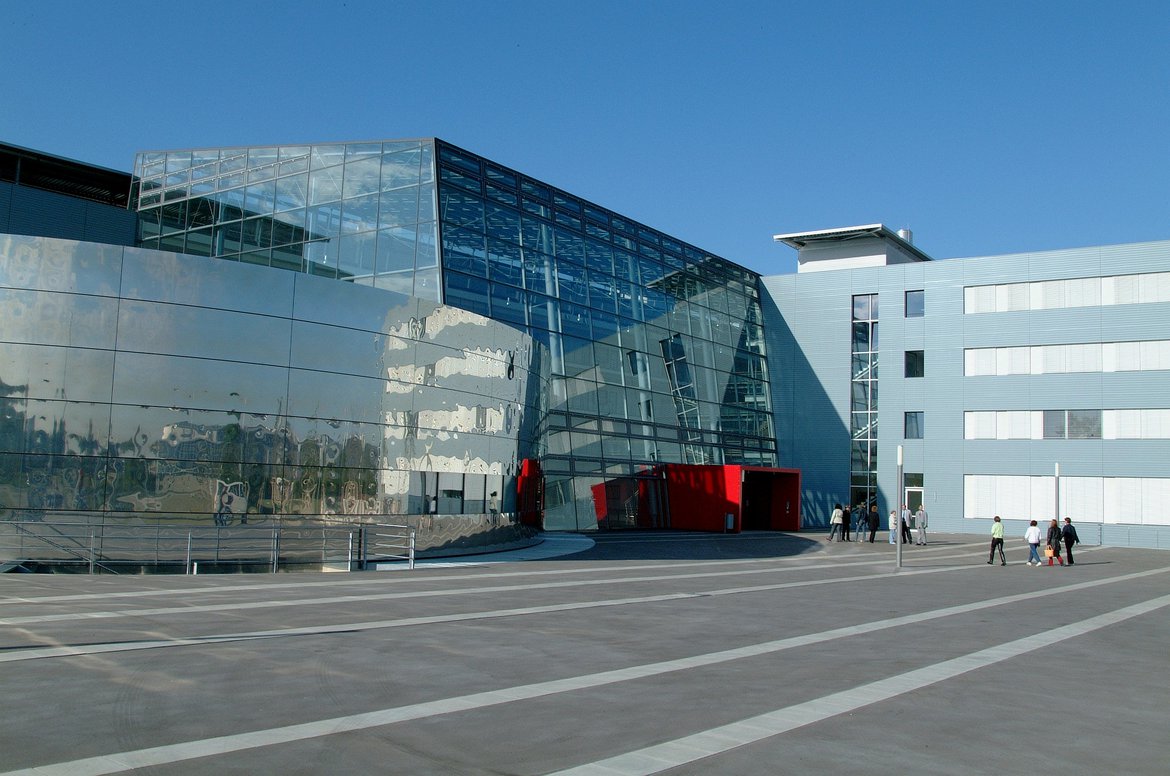 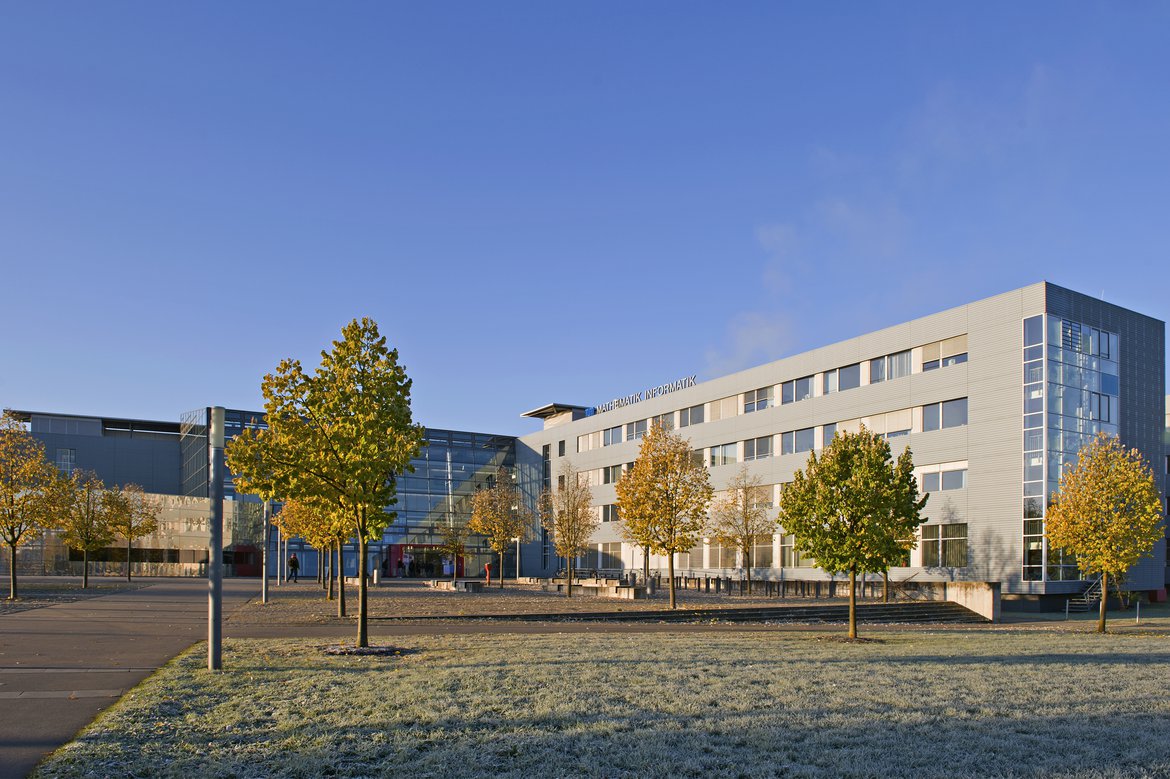 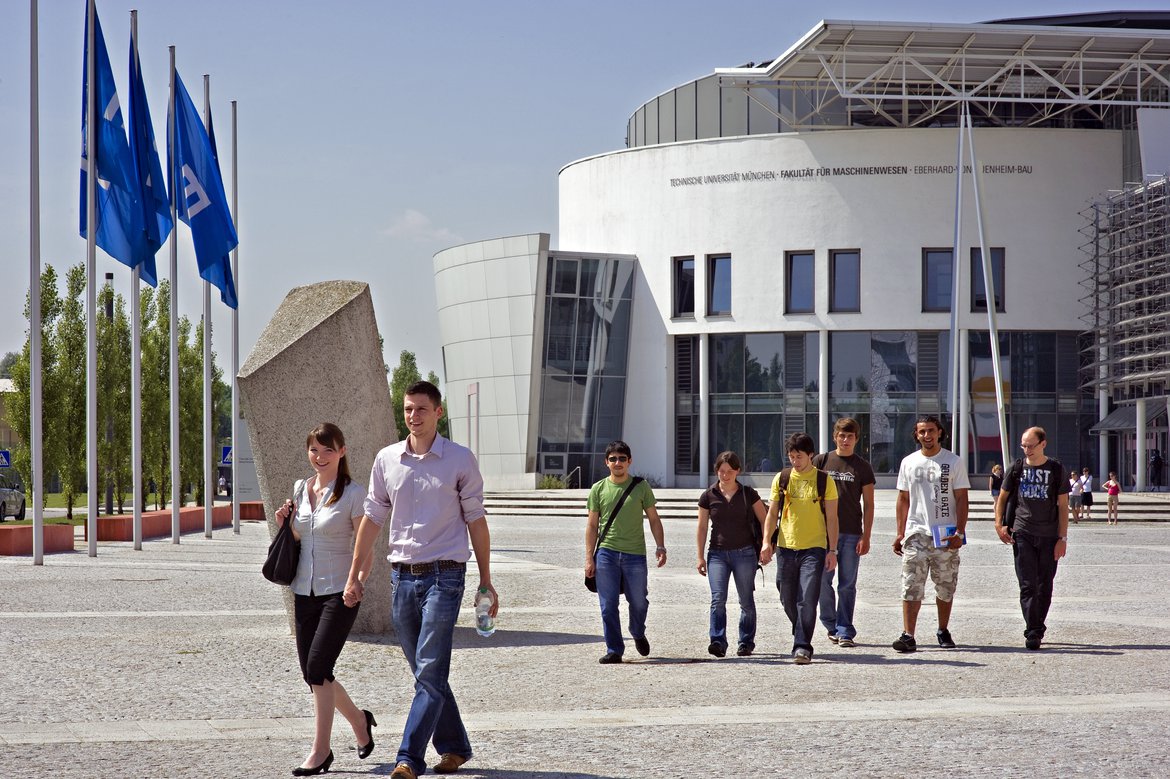 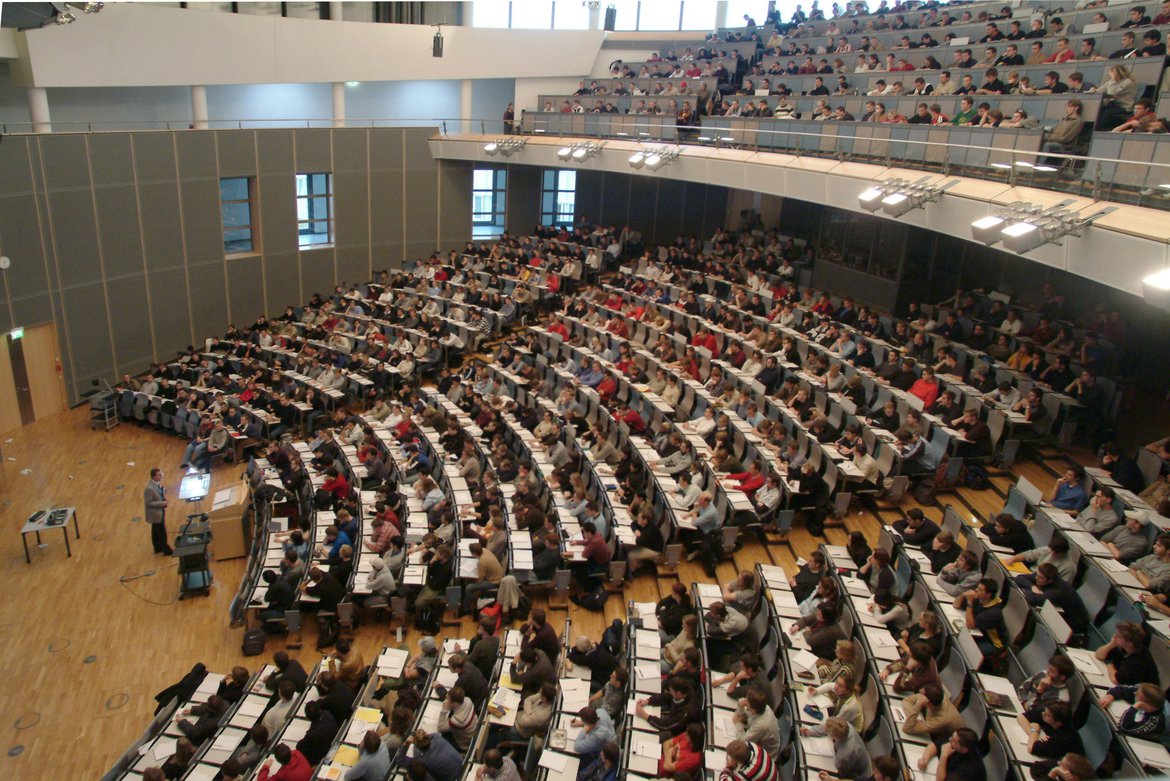