Neuroscientific research and emerging neurotechnologies afford several conceptual, social, ethical, and regulatory issues, from potential privacy threats to understanding consciousness and the meaning of human and personal identity. Neuroethics focuses on those issues. The field can be understood as an interface between the empirical brain sciences, philosophy of mind, moral philosophy, ethics, psychology, and the social sciences. Neuroethics and philosophical reflection play a key role across the Human Brain Project,  contributing to a conceptual level of interpretation of the scientific evidence that allows for a legitimate connection between empirical evidence and philosophical concepts; allowing critical distance in the examination of the issues raised; and stifling unrealistic expectations regarding neuroscientific advances.

In our research, we focus primarily on basic research in neuroethics which shapes and informs our work on applied neuroethical issues (fundamental neuroethics). From a methodological perspective, we have made a distinction between three main neuroethical approaches: “neurobioethics” (which mirrors bioethics) applies ethical theory and reasoning to address the practical issues raised by brain research, its clinical applications, and communication;  “empirical neuroethics” uses empirical data to inform theoretical (e.g. what is moral reasoning) and practical issues (e.g. who is really a moral agent), and “conceptual neuroethics” uses conceptual analysis to address topics such as how neuroscientific knowledge is constructed and why or how empirical knowledge of the brain can be relevant to philosophical, social, and ethical concerns.

What is Fundamental Neuroethics?

Why the emphasis on conceptual analysis?

The field of neuroscience itself already includes some type of conceptual examination. However, the kind of conceptual analysis provided by neuroethics and philosophy importantly complements neuroscience by focusing on issues such as how neuroscientific knowledge is constructed and why or how empirical knowledge of the brain can be relevant to philosophical, social, and ethical concerns.

One of the latest advances in the field of technology is the development of the Digital Twin (DT), a computational model or digital replica of a living or non-living physical object or process. The most complex of these objects is the human brain, and the attempts to create virtual copies of it are correspondingly challenging.

Given the extent to which brain variability impacts the outcome of treatments for a number of conditions, the creation of computational brain models looks promising to personalise those interventions. At present, such models are under development. One of the lines of research, the “multiscale brain connectome”, in the European Human Brain Project attempts to demonstrate the predictive and explanatory power of mechanistic human brain network models built to generate functional brain signals that can be linked to behaviour indicators including cognitive performance e.g., intelligence, and memory capacity. Applying a philosophy of science framework, we assess the validity of these models beyond statistical and mathematical terms to demonstrate their connection to the reality that they purport to model, i.e. their biological realism. We also seek to conceptually analyse implications of building Virtual Twin brains, articulate their clinical, ethical and societal impact, and promote responsible embedding and use of the relevant findings in society. The conceptual clarity of the terminology used in explaining, assessing, and communicating this research and its intended applications is not only scientifically important but also crucial from ethical and social perspectives, in terms e.g. of supporting realistic expectations, trust, and acceptability.

The instrumental investigation and assessment of consciousness have witnessed an astonishing progress over the last years. The result of this progress is the passage from a monolithic way of looking at severe brain damages to a more graded nosology based on a quantitative assessment of consciousness and on functional neuroimaging technologies. Notwithstanding these advances, a number of issues remain to be assessed, both at the conceptual and empirical/clinical levels. Conceptually, we still lack a generally shared or agreed upon theory of consciousness: there are different approaches and different resulting theories, not always compatible with each other. This might have a direct impact on the planning/set-up of empirical investigation and on the interpretation of its results. Also, the high level of controversy around how to define and detect consciousness has a direct impact on its clinical management, namely on the diagnosis and prognosis of patients with Disorders of Consciousness.

We are engaged in a direct collaboration with scientists from the HBP in order to make progress in all the fronts above. Conceptually, we elaborated an empirically-informed theory of consciousness that we are now further refining, and we are engaged in the discussion about the criteria for a reliable theory of consciousness. Concerning the empirical and clinical research, we introduced a list of indicators for detecting consciousness in animals and artificial agents, and we are now exploring the strategy to apply these indicators to patients with DOCs. We are also working on the ethical reflection about different issues related to consciousness and its clinical detection, namely the ethical impact of new technologies and new strategies for improving the quality of diagnosis and prognosis of patients with DOCs and the need for a broader ethical analysis of DOCs which does not focus only on residual awareness.

It is expected that neuroscientific research will foster the development and application of neuro-technologies to modify the brain which, some argue, might have a significant impact on human and personal identity.  An overview of the relevant literature suggests that, at least at first sight, concerns about neuroscience and its relevance to or impact on identity can refer to the possibility that neurotechnology might affect, or at least be relevant for identifying, either universal traits that humans are supposed to share as such (human identity) or specific traits in individuals’ self-conceptions and sameness (personal identity). Within the framework of the European Human Brain Project (HBP) this research project seeks to provide an analysis of the relevant issues, including Identification and examination of epistemological questions, such as: what can neuroscience tell us about humanity? what are the limits of neuroscientific knowledge when it comes to understanding what human beings are? Examination of ontological questions, such as: what are human beings? And Examination of ethical questions, such as: what does it mean to be human? Who are we? Is this an important question, and if so: why?

The brain develops in a natural and cultural context that profoundly influences its functional architecture. Lived developmental trajectories, interactions, and social environments impact synaptic connectivity and contribute to the formation of patterns of neural activity. Synaptic epigenesis theories of cultural and social imprinting on our brain architecture suggest that it is thus possible to culturally influence our neural predispositions. This research project examines the relationships between genotype and brain phenotype: the paradox of non-linear evolution between genome and brain complexity; the selection of cultural circuits in the brain during development; and the genesis and epigenetic transmission of cultural imprints.

AI research is growing rapidly raising various practical ethical issues related to safety, risks, and other effects that are being widely discussed by researchers worldwide. We aim at further developing the theoretical reflection about AI that is needed to articulate feasible conceptual and ethical tools for assessing AI-related research within the Human Brain Project, as well as its potential applications. With the goal of ensuring that this work is ethically sustainable and will benefit society.

The conceptual analysis which is the core part of our work on AI can be justified for at least two reasons:

A clinical condition resembling Pervasive Refusal Syndrome (the Swedish diagnostic term translated into English is Resignation Syndrome (RS) became prevalent in 2004-5 among asylum-seeking refugee adolescents in Sweden. Clinical symptoms persist for months to years leaving the patients in a seemingly unconscious state characterized by flaccid paralysis and a complete lack of response even to pain. Tube-feeing is necessary and no therapeutic intervention hasting recovery is known. Little is known of the biological background of the condition.

Learn more about these topics at: http://www.crb.uu.se/research/neuroethics/

Kathinka Evers, Professor of Philosophy
Leader of the HBP Neuroethics and Philosophy team 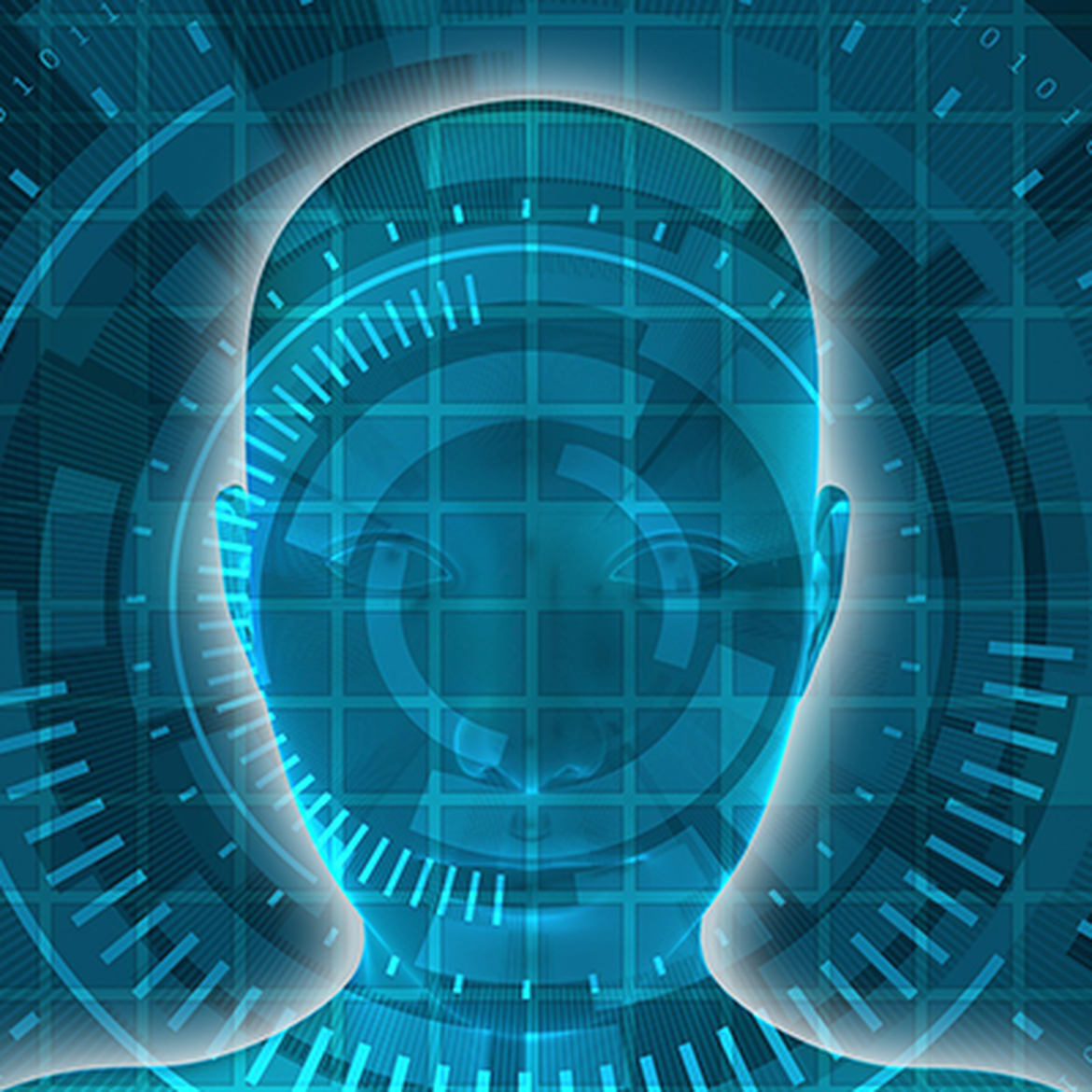 Anyone can requests to address ethical, regulatory and social issues in Human Brain Project research. The POint of REgistration (PORE) is HBP’s mechanism to register and identify these issues and keep track of how they are dealt with.