The Human Brain Project’s (HBP) comprehensive gender strategy has taken a step closer with the analysis of a survey on perceptions of gender equality within the project.

The survey found there was support for the gender action plan, but that there was also a widespread over-estimation of how many women occupy HBP's leadership roles.

The survey, organised by EAF Berlin, recieved answers from 160 women and men working in HBP leadership and non-leadership positions.

"...there is an average share of 15 % women in leadership positions in the HBP."

“The first interesting result was that HBP Partners largely over-estimate the share of women in HBP leadership and education activities compared to the actual numbers. Among leaders, 41% of men and 21% of women think women and men are equally represented in decision-making positions in the HBP,” says EAF Berlin’s analysis.

In fact, there is an average share of 15 % women in leadership positions in the HBP. EAF suggests the low figure may be because there are fewer women candidates. Another factor may be due to the high rate at which HBP partners are recruited through networks of personal contacts and/or past collaborations. EAF suggests that to recruit more qualified women the project should look outside personal networks.

The survey found a little over half of the men (56%) in leadership roles supported a gender action plan compared to 73% of women in leadership positions.

“The results also show the potential of highly qualified female PhDs and Postdocs that are currently considering leaving science, but who might be convinced to stay if the conditions fit their needs. The survey also shows the need to show appraisal to the science managers within HBP, and offer them specific training,” says the EAF analysis.

A further consideration for managers and recruiters is the number of women who also have a highly qualified partner, which impacts on their willingness to relocate for work. Only 39 % of male leaders say their partner pursues their own career. In comparison, 94 % of female leaders report having a partner who is also highly qualified.

“Therefore, the HBP should raise awareness among its partner institutions on the importance of dual career offers in case of relocation, so that scientists have an attractive offer for their equally qualified partners to be able to pursue their career and change locations; in particular, 88 % of female respondents expressed this need.”

As part of gender equity activities a new Gender Equality page will be added soon to the HBP website, which will include a list of upcoming events and links to relevant documents. 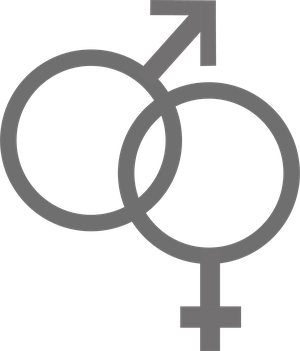