On July 11th the much anticipated Human Brain Project Museum Exhibition was formally opened at the Bloomfield Science Museum in Jerusalem in a ribbon cutting ceremony. The ribbon was cut by Human Brain Project Executive Director Dr Christian Fauteux, accompanied by exhibition curator Varda Gur Ben Shitrit and Chrystelle Lucas, a member of the European Commission Delegation to Israel. 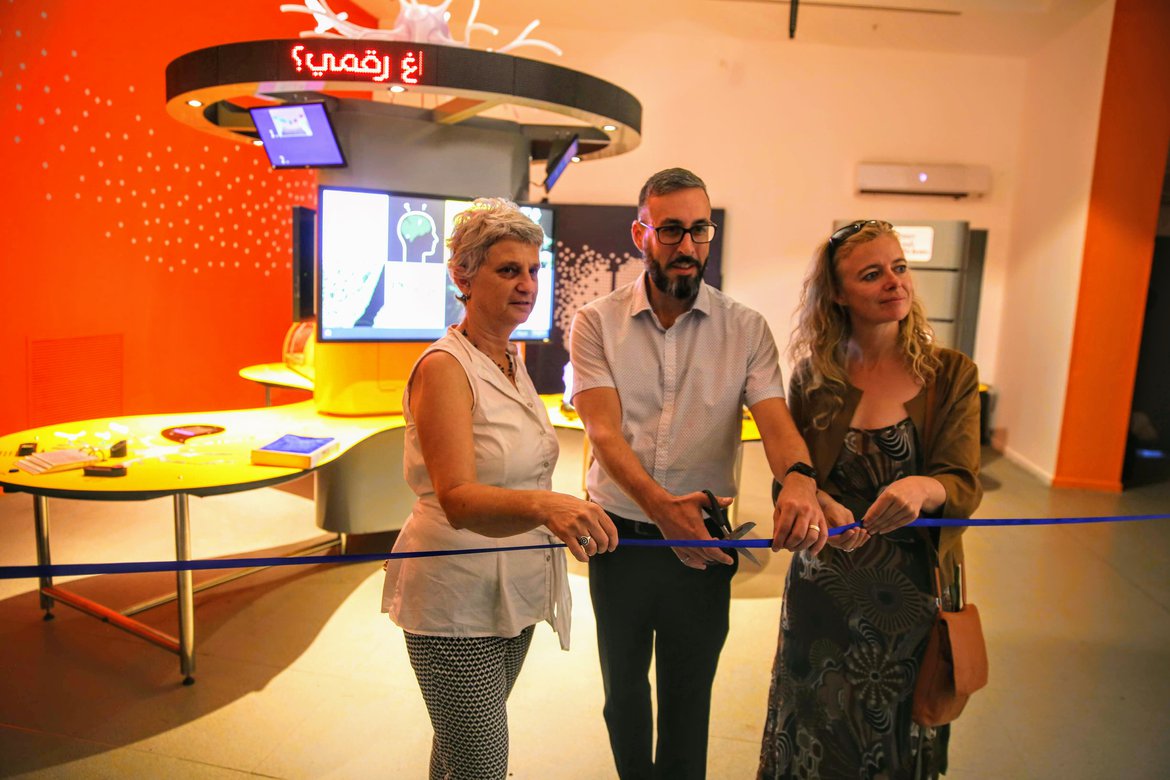 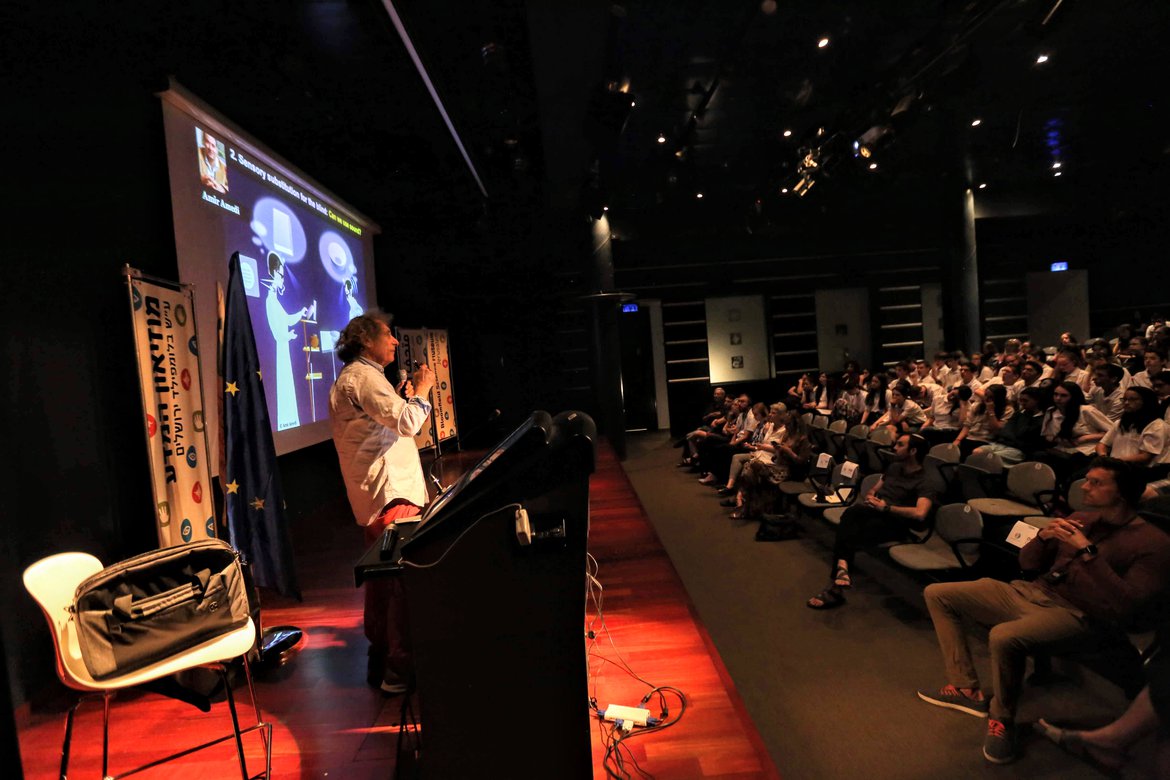 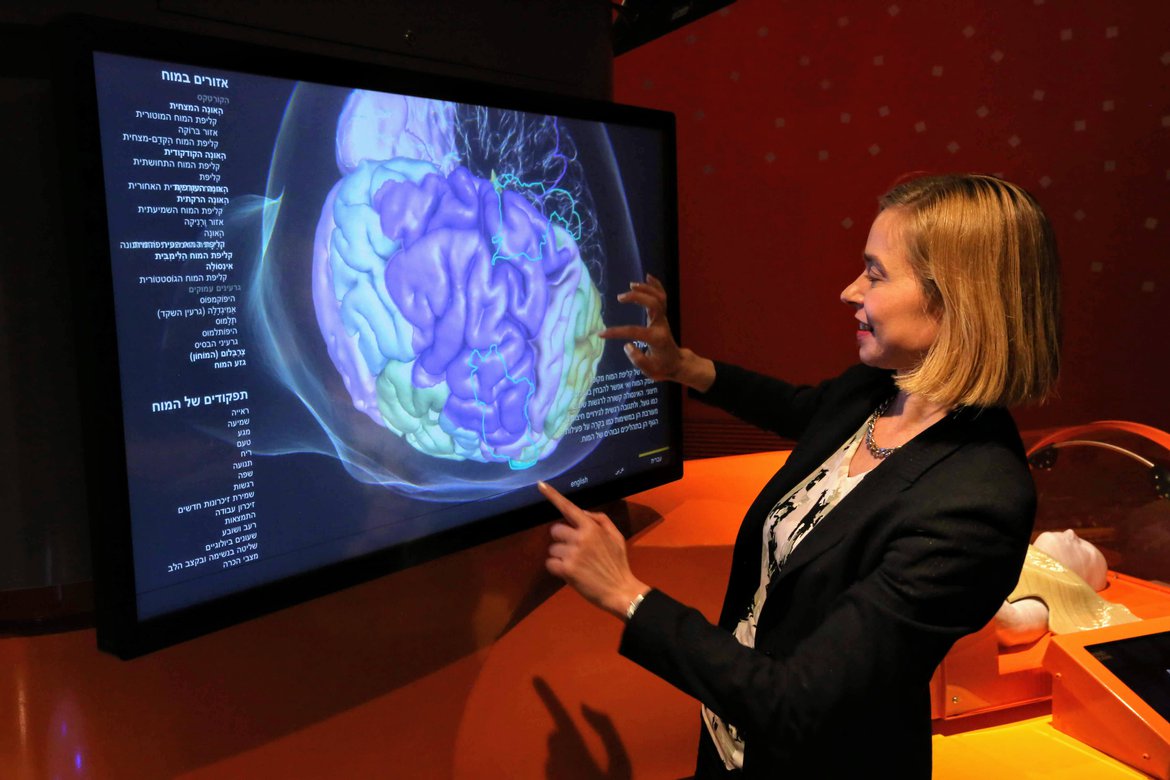 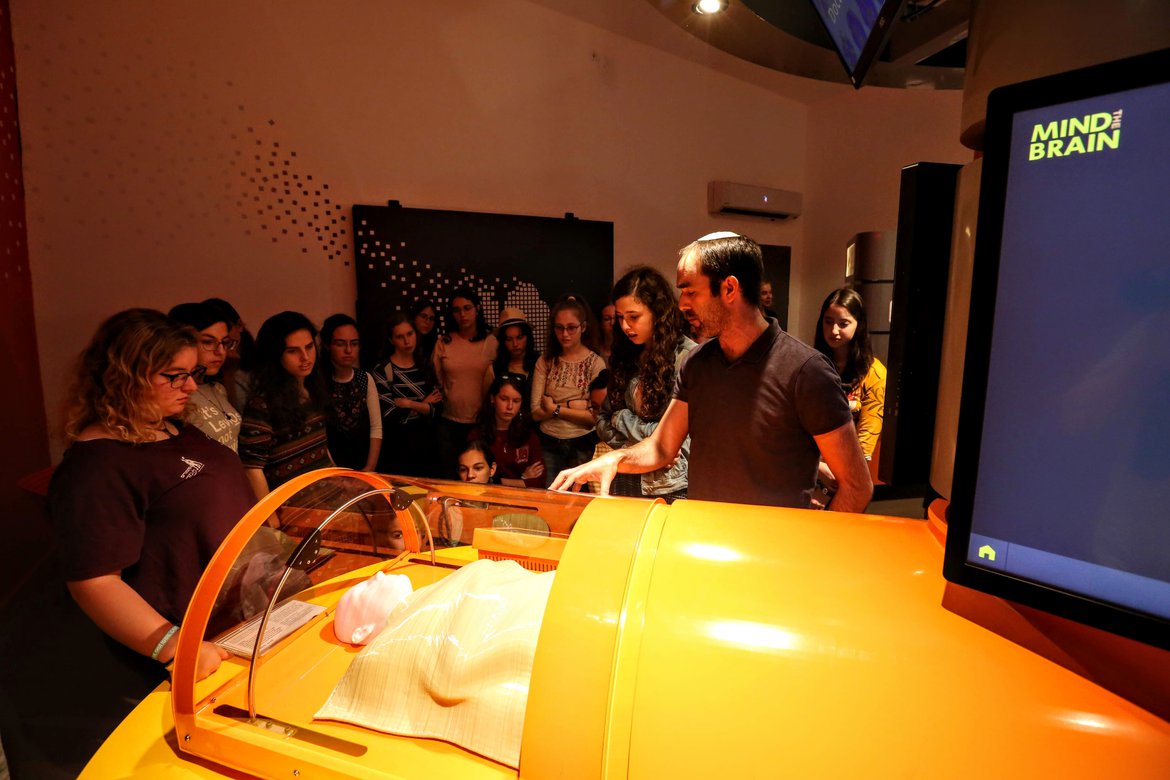 Can you diagnose a suspected alzheimer patient? 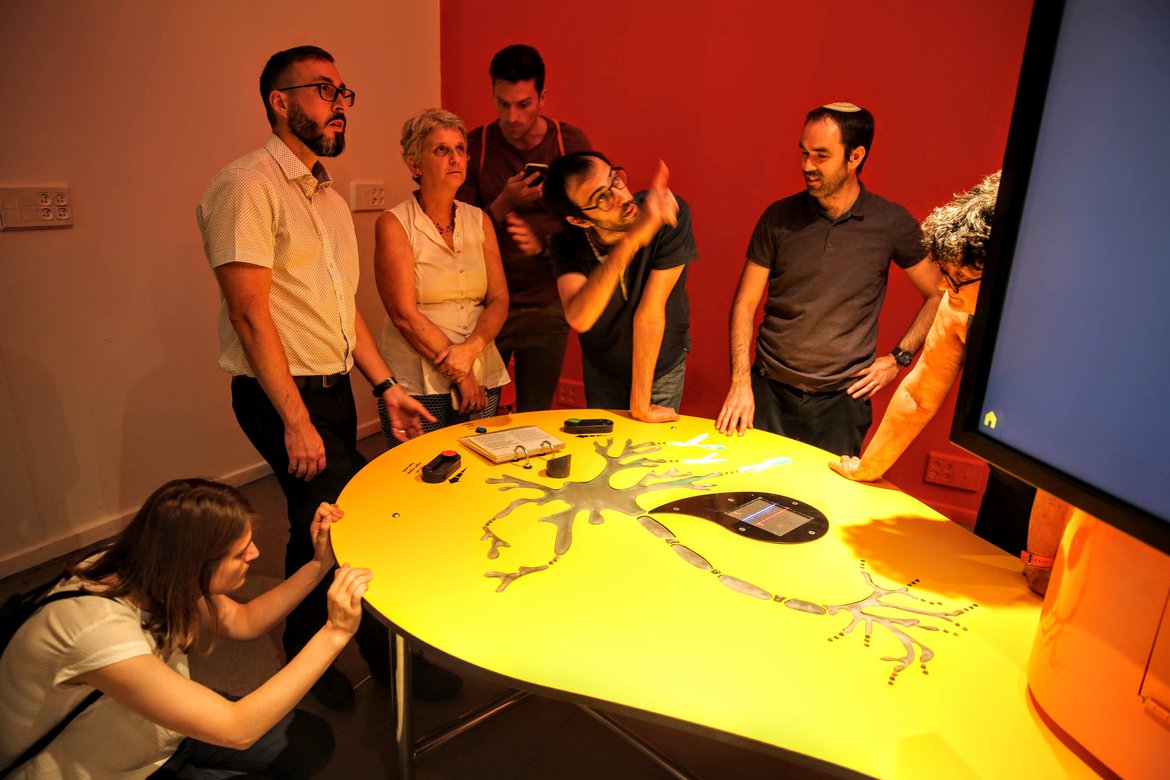 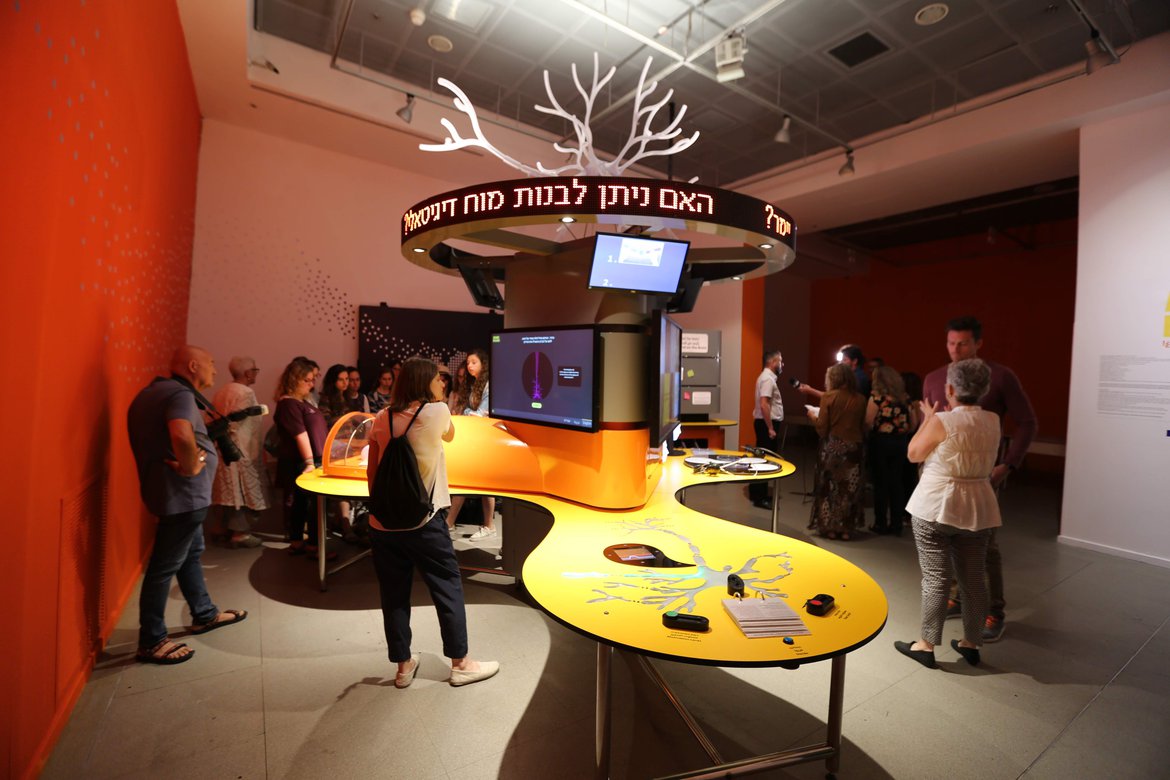 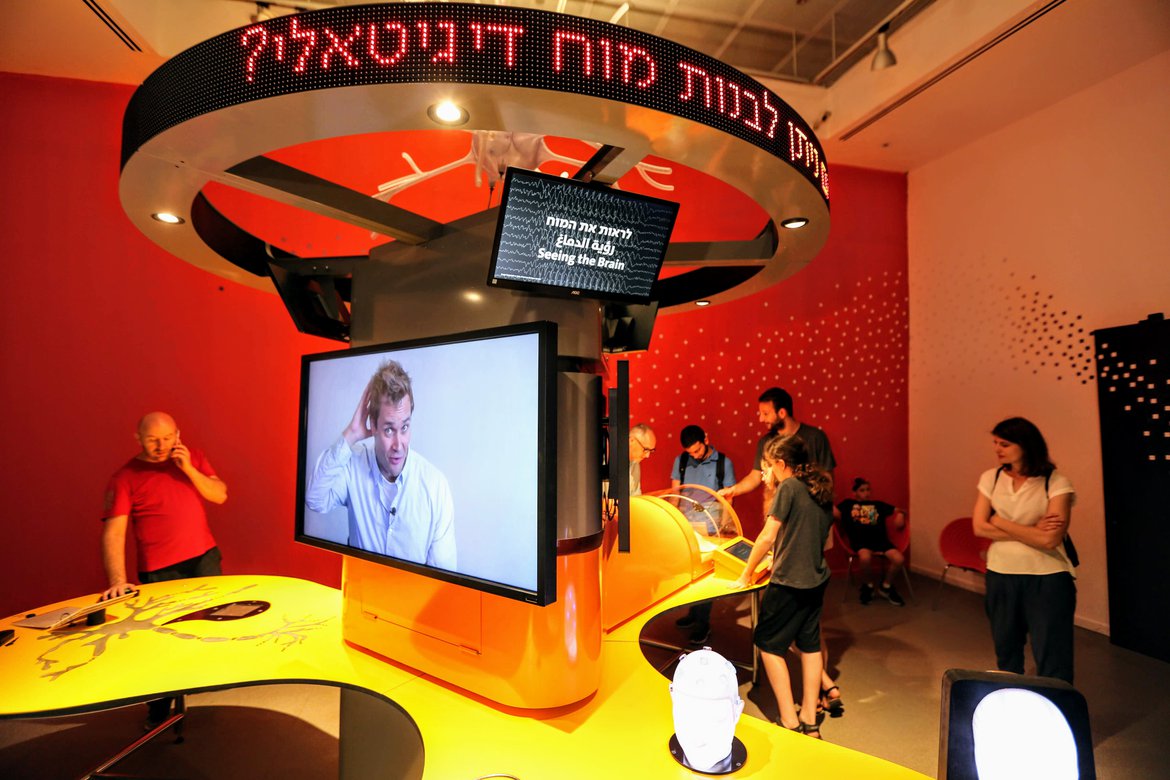 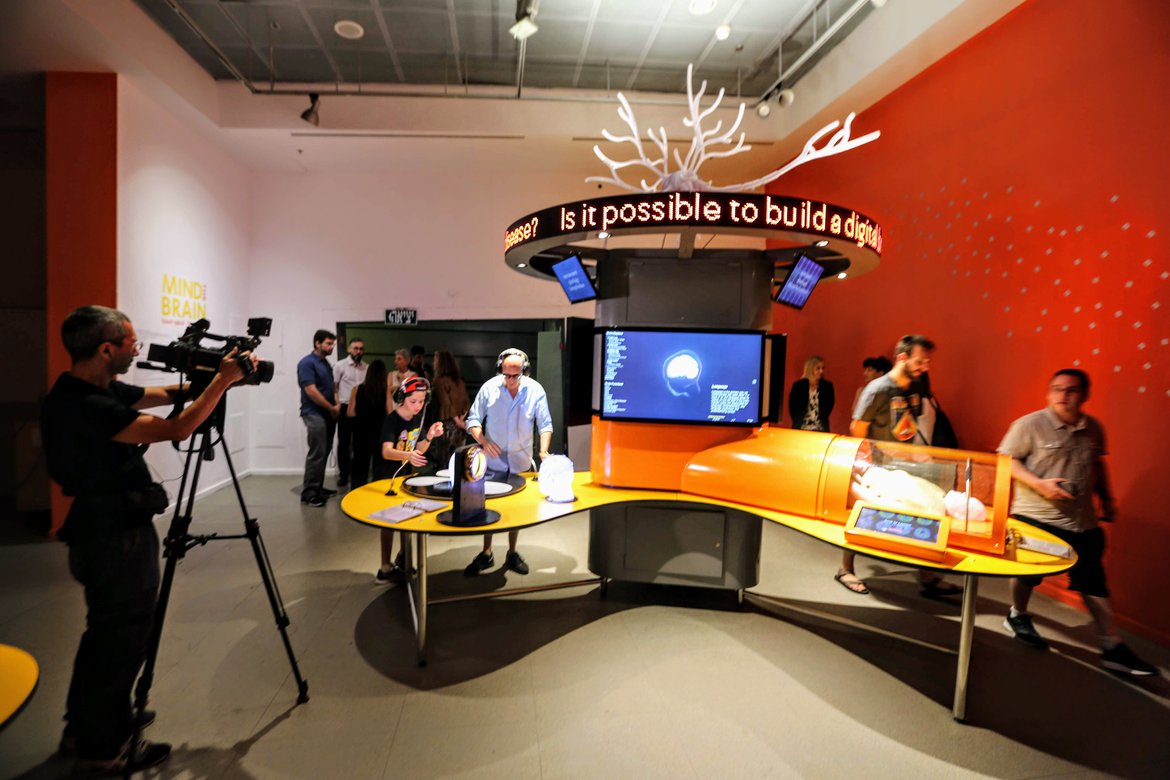 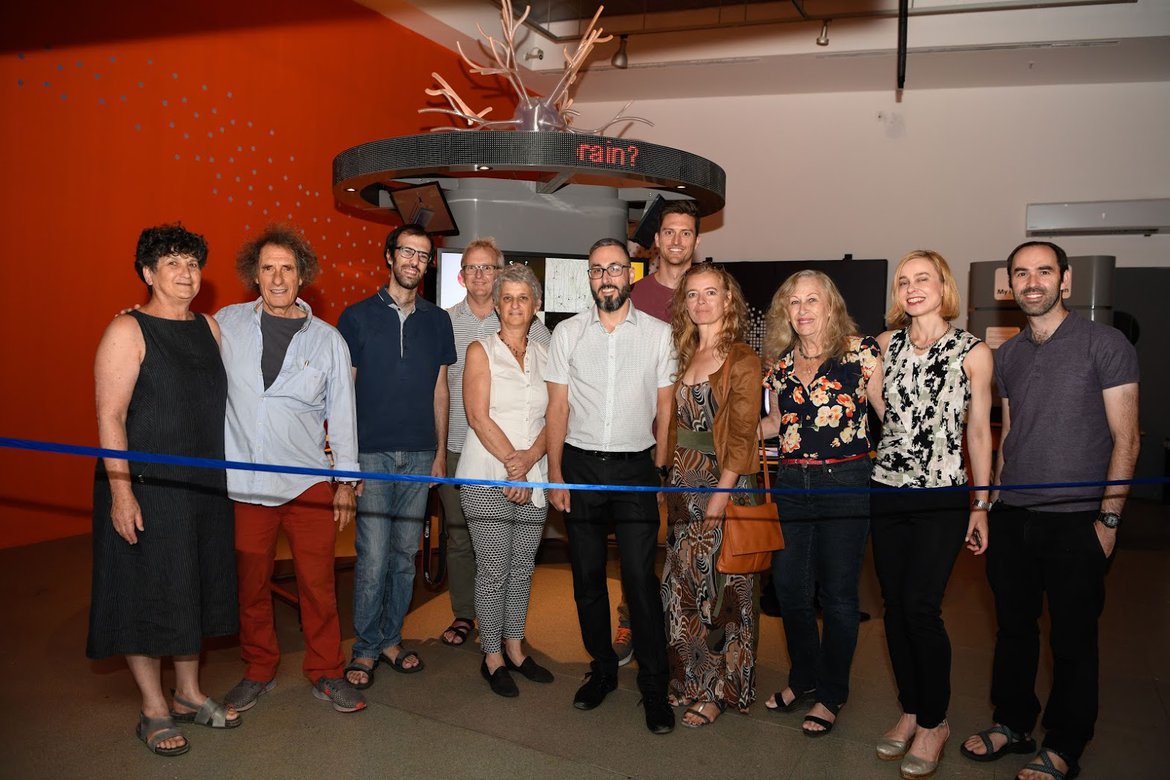 The attendees at the opening ceremony, Bloomfield Museum Director Maya Halevy Is Second From Left 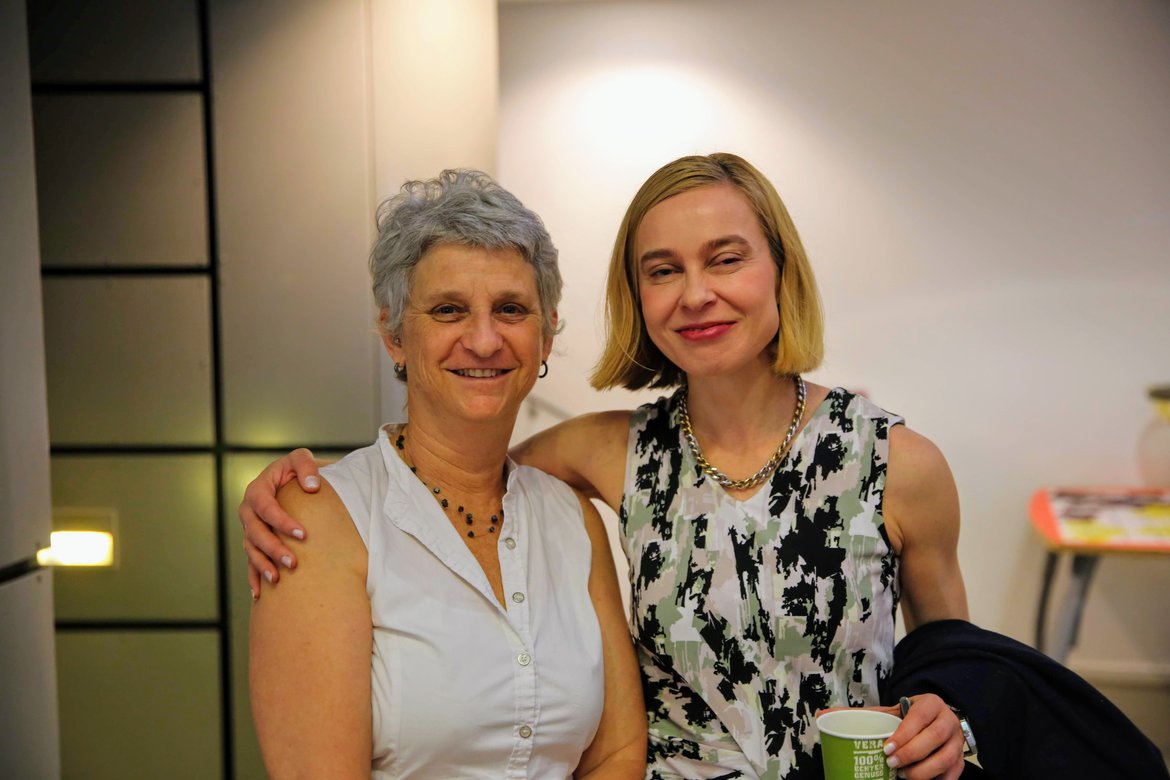 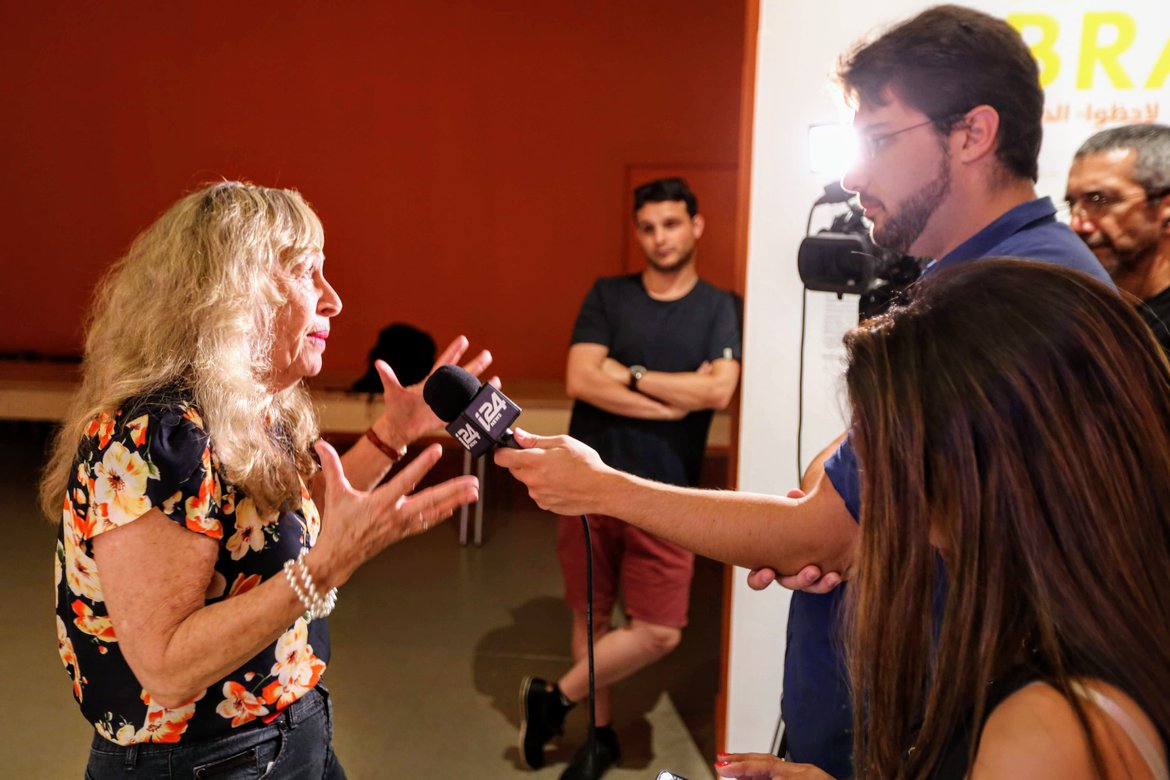 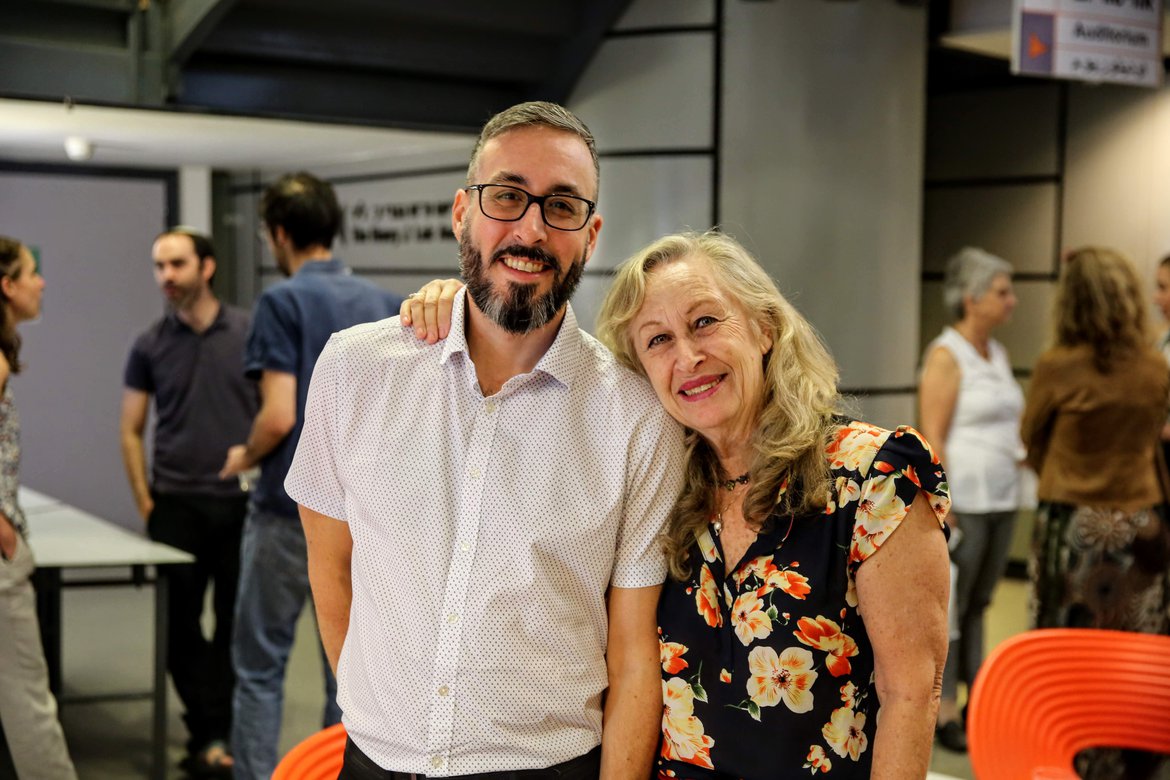 On July 11th 2019 the much anticipated Human Brain Project Museum Exhibition was formally opened at the Bloomfield Science Museum in Jerusalem in a ribbon cutting ceremony. The ribbon was cut by Human Brain Project Executive Director Dr Christian Fauteux, accompanied by exhibition curator Varda Gur Ben Shitrit and Chrystelle Lucas, a member of the European Commission Delegation to Israel. A science packed day of launch celebrations followed with 130 young gifted Israeli students receiving an in depth  introduction to Brain Research.

Leading off the festivities were three short speeches from Museum Director Maya Halevy, followed by Christian Fauteux and Chrystelle Lucas. Students were then delivered a keynote address about recent discoveries in Brain Research by Hebrew University Professor of Computational Neuroscience Idan Segev, a leading Human Brain Project researcher who was recently awarded the Casella Prize for Neuroscience in Italy.

Professor Segev began by telling the students about research which shows how our brains learn by rewiring themselves, presenting a slide showing what was in fact happening inside their brains as he spoke. Over the course of the day the 130 gifted students were then introduced to brain science in three groups. Activities included, a brain dissection demonstration, group discussions with brain researchers. And of course each group also spent time with the exhibit, putting it through its paces. 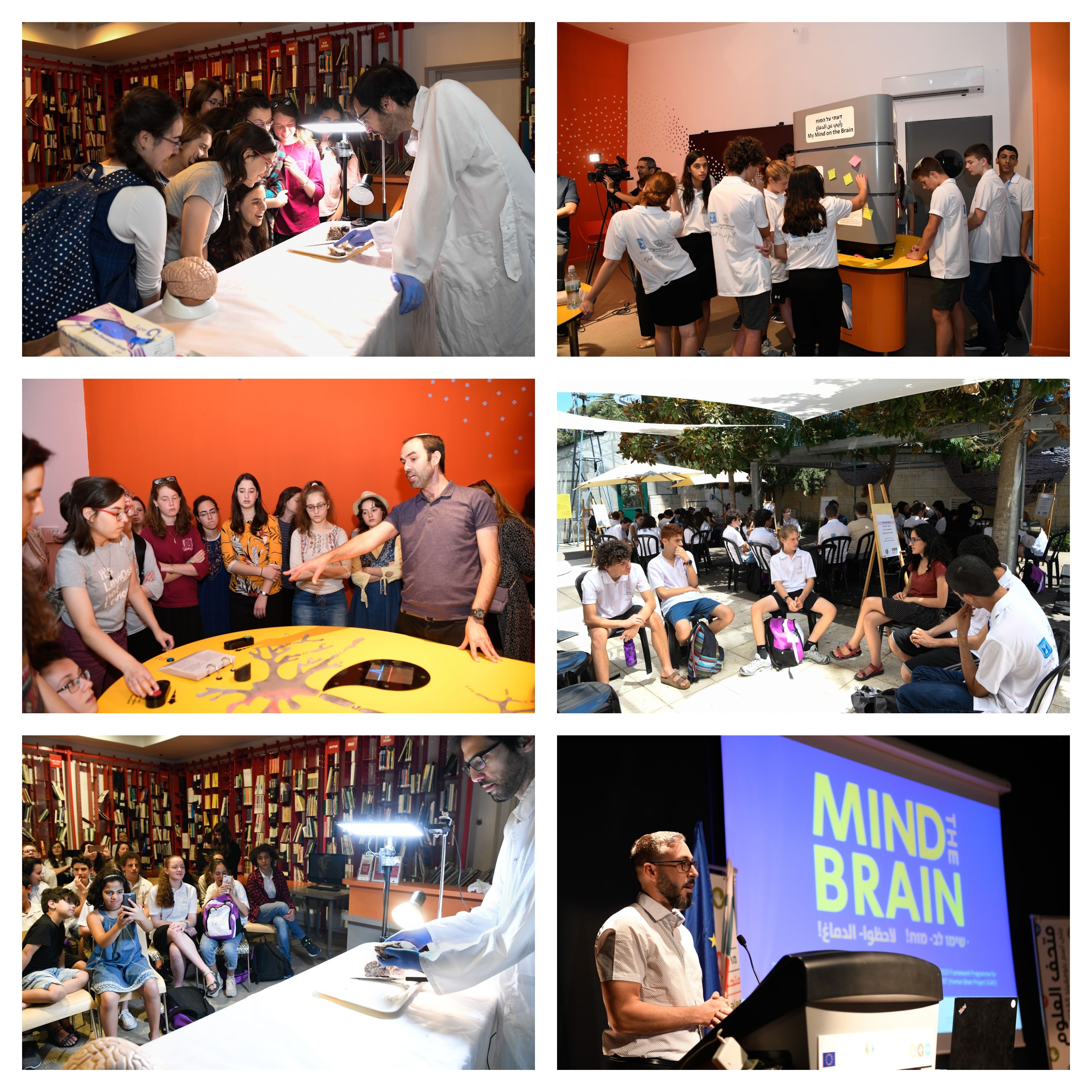 The exhibition will be open to the public in Jerusalem for the next three months during which it will undergo fine tuning and a formal evaluation. Then in September it will be shipped to Poland's Kopernick Science Museum where it will be on display for three months from October to December. While in Poland it will be evaluated for a second time before it is commissioned to serve as a touring ambassadorial exhibition for the Human Brain Project. [The Human Brain project is keen to hear from any European Science Museums who would like to host the exhibition over the next three years, please email outreach@humanbrainproject.eu.]

Over the final three years of the Project, beginning next year, the exhibition will tour European Science Museums and provide a moving focal point for Human Brain Project outreach activity, both the public and neuroscience communities of Europe.

The event was covered extensively by Israeli media with i24News filming the segment you can watch above. This news segment was broadcast this week. KAN Radio, both English and French editions, also interviewed Christian Fauteux about the exhibiton. You can listen to the English language interview by clicking here.

The exhibition has been designed to be of interest to both children and adults. It contains a series of interactive hands on exhibits which inform about different aspects of brain science, brain medicine, research techniques and tools. A touch video screen provides access to a series of short videos about aspects of the project (including interviews with young researchers) and an interactive map where you can learn about the 131+ institutional partners who contribute to the project, who are spread through 18 countries in Europe. The exhibition also features an artistic reflection on Brain research, a neuron sculpture and a news ticker which displays question about brain science and technology. Finally at a separate stand visitors are asked for their thoughts about ethical questions related to brain research, and can read a series of academic papers on brain research which were peer reviewed by children from Frontiers for Young Minds.

The exhibition has been several years in the making and the team researching and building it was led by Varda Gur Ben Shitrit, Deputy Director, Content, for the Bloomfield Museum. Two of her colleagues (pictured below with Varda), Yoav Mathov and Yair Deitcher were responsible for Scientific advice, research and texts. 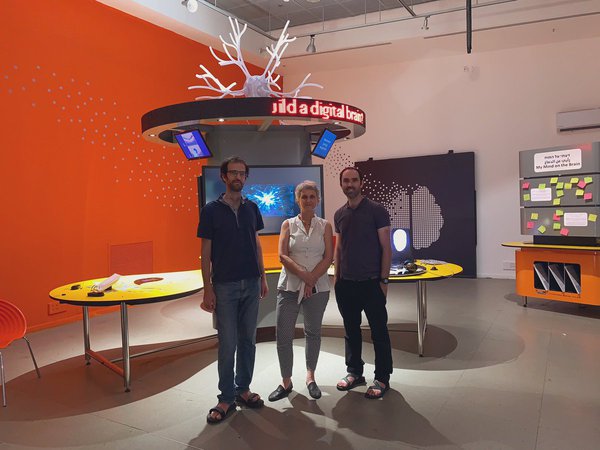 A full list of credits for all those who contributed to the exhibition.

The exhibition was developed, constructed and produced by the Bloomfield Science Museum Jerusalem as part of the Human Brain Project, and has received funding from the European Union’s Horizon 2020 Framework Programme for Research and Innovation under the Specific Grant Agreement No. 785907 (Human Brain Project SGA2)

Thanks to all project partners for their support, information sharing, and material delivery. 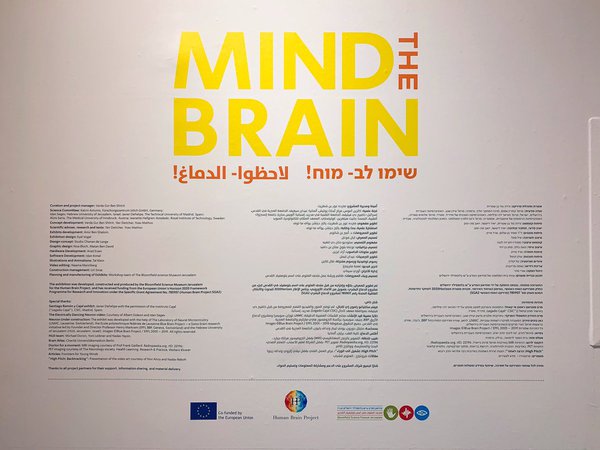 The Human Brain Project Contingent who travelled from Europe for the opening event, Executive Director Christian Fauteux, Digital Media Content Coordinator Alastair Thompson, Events Manager Oisin McArdle and Petra Ritter from The Virtual Brain would like to express their sincere gratitude to the Bloomfield Museum for the wonderful launch event and the generous and kind hospitality extended to them during their visit.