On October 15th the Human Brain Project will hold its annual Open Day at MEEC Maastricht. The event is aimed at the interested public as well as potential research partners. The day is free to attend and will give visitors an overview of how the how one of the largest neuroscientific projects worldwide works. For further information about the Open Day, including registration info, visit the event website at https://www.hbpopendaysummit-2018.org/en or download the event flyer with the full program.

Next to a Science Market where the different Subprojects of the Human Brain Project present their work in booths and with exhibits, the program features talks by eminent scientists from within and outside of the HBP. Keynotes will be given by Prof. Dick Swaab, who will talk about creativity and the brain, and Jeff Hawkins, whose talk will be about intelligence and the human neocortex. Find both speakers talk descriptions and bio’s below. 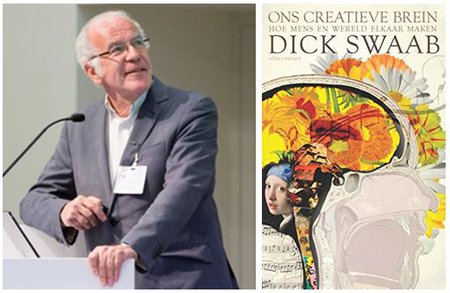 Our Creative Brains: How world and mankind shape each other
Keynote by Prof. Dick Swaab

How do humans develop? At birth, our brains are only a third of the size to which they grow in adulthood. A safe, warm and stimulating environment is essential to allow the brain’s power to flourish. In addition, communication is of the utmost importance and art and music are among the most remarkable ways we can stimulate our brain.
I will discuss what makes us human: the interaction of the brain with our environment. How is the work of artists influenced by their brain diseases? How can talent determine your profession and how does your profession change your brain? How can brain development determine your profession, and how is your profession changing your brain? How can you delay Alzheimer’s disease? Brain research has not only transformed the way we think about our brain, free will and ourselves, it also has profound social consequences.

Bio: Dick Swaab, MD, PhD
Dick Swaab was Director of the Netherlands Institute for Brain Research from 1978 to 2005. Since 1979 he is Professor of Neurobiology at the Medical Faculty, University of Amsterdam. In 1985 he founded the Netherlands Brain Bank and was Director until 2005. He is since 1978 Leader Research Team Neuropsychiatric Disorders, Neth. Inst for Neuroscience, an institute of the Royal Netherlands Academy of Arts and Sciences (KNAW) and is Qiu Shi Professor of Zhejiang University, Hangzhou, P.R. China.

His major research interests focus on sexual differentiation of the human brain in relation to gender identity and sexual orientation, aging of the brain and Alzheimer’s disease and the neurobiological basis of depression and suicide. He has published over 590 papers in SCI journals, authored more than 200 chapters in books, and edited more than 70 books. Swaab mentored 85 PhD students from which 20 are now full professors. He is the author of the 2 volume monograph The Human Hypothalamus that appeared in the Handbook of Clinical Neurology series, Elsevier and of the Dutch best seller We are our Brains, that sold more than 450.000 copies in the Netherlands and that is translated in 15 languages. This book has been more than 2 years in the Dutch bestseller list, 7 weeks even as #1. There is also a children’s version of the book (You are your brain). In September 2016 Swaab published a second book for the general public Our Creative Brain, that also came from the first week in the bestseller list. 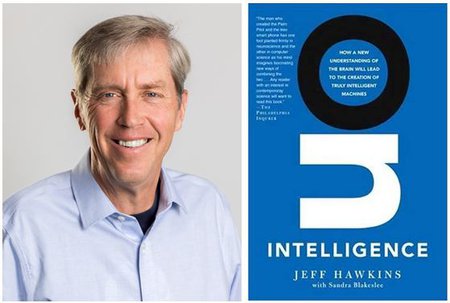 The human neocortex is the organ of intelligence, responsible for perception, language, and high-level thought. How the neocortex works is considered one of the greatest unsolved scientific challenges. Progress on this problem is expected to lead to advances in AI, disease, education, and robotics. In this talk I will introduce a framework for understanding how the neocortex works. The framework is based on a type of neuron, called a grid cell, that represents your location in the world. Grid cells exist in an older part of the brain but recent evidence indicates grid cells also exist in the neocortex. This profoundly changes how we think about the neocortex, suggesting a novel framework where everything the neocortex knows is stored in a location-based format and the essential operations of the neocortex involve processing location spaces.  I will describe the framework, explain how the mechanisms evolved, and discuss several implications.

Bio: Jeff Hawkins, Co-Founder, Numenta
Jeff Hawkins is a scientist and co-founder at Numenta, an independent research company focused on neocortical theory. His research focuses on how the cortex learns predictive models of the world through sensation and movement. Hawkins and the team test their theories via simulation, mathematical analysis, and experimental partnerships. In 2002, he founded the Redwood Neuroscience Institute, where he served as Director for three years, leading an effort to develop a theoretical framework for the thalamo-cortical system. The institute is currently located at U.C. Berkeley. From 1988 to 2002 he worked in mobile computing. He co-founded two companies, Palm and Handspring, where he designed products such as the Palm Pilot and Treo smartphone. In 2004 he wrote “On Intelligence”, which introduced a memory-prediction framework theory of the neocortex.

Hawkins earned his B.S. in electrical engineering from Cornell University in 1979. He was elected to the National Academy of Engineering in 2003.