Human Brain Project researchers have contributed articles on neuromorphic computing to the most recent edition of ERCIM News – the official magazine of The European Research Consortium for Informatics and Mathematics (ERCIM). The ERCIM aims to foster collaborative work within the European research community and to increase co-operation with European industry. 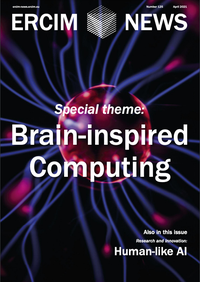 The articles discuss the latest developments on SpiNNaker and BrainScaleS, two complementary, large-scale neuromorphic computing systems that are part of the EBRAINS research infrastructure. Neuromorphic computing refers to hardware and software that aims to mimic the structure of neural networks in the human brain. This approach seeks to make computers more energy-efficient and better at problem-solving.