When a sensory stimulus reaches our brain, it doesn’t drop in calm waters - brains are always agitated with spontaneous activity. Like a surfer, the stimulus has to catch the right wave of activity at the right time to emerge into consciousness. Right in between two waves is the perfect time to do so, argue Giovanni Rabuffo and Pierpaolo Sorrentino of the Human Brain Project. 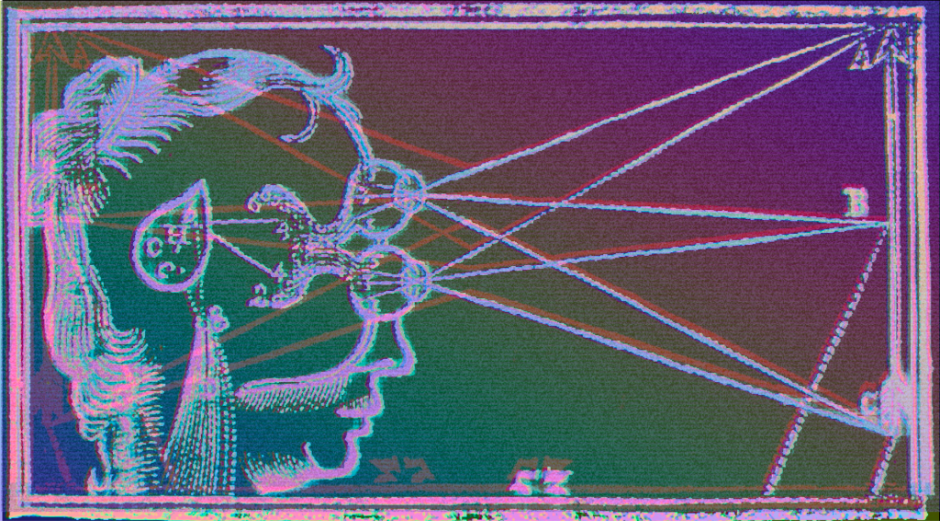 Consciousness remains a puzzling and tricky subject, if only for the reason that it is hard to define it in the first place. ‘The subjective experience of the external world’ is self-explanatory and intuitive, but also a circular definition and one that doesn’t provide anything testable in scientific terms. Modern neuroscience research usually approaches consciousness from two angles. One studies the difference in brain states on our subjective experience, such as awake state, dreaming, anesthesia, vegetative states and more - when are we conscious? The other approach tries to single out neuronal events that make us aware of a sensory signal in the first place - what are the mechanisms that make us conscious of something?

We know from extensive experiments that the brain can perceive sensory stimuli even when we are not aware of them: while some information reaches the ‘consciousness threshold’, other simply does not, even given comparable incoming stimuli. As HBP researcher Pieter Roelfsema, from the Netherlands Institute of Neuroscience puts it in a previous work published in Science, sometimes our consciousness ‘fails to ignite’ properly.

How come the same stimulus reaches consciousness in certain moments, and fails to do so in others? As this stimulus is the same, it must depend on something changing in the brain. Becoming aware of a stimulus can be referred to as ‘access consciousness’, a concept popularized by cognitive neuroscientist Stanislas Dehaene, now a lead scientist at the HBP, as part of his global neuronal workspace theory. According to Dehaene, a sensory stimulus is received, we become aware of it and therefore we can access it, report on it, use it consciously. In recent years, neuroimaging has shown that ‘becoming aware of a stimulus’ comes with a burst of activations that spread across the brain. However, similar such bursts spontaneously stretch across the brain at all times, even in the absence of stimuli. These bursts are often referred to as ‘neuronal avalanches’', borrowing the concept of avalanches from statistical mechanics. And we experience these spontaneous avalanches during rest, while we are typically conscious. Is there a way to unify conscious perception, spontaneous brain activity, and neuronal avalanches?

“Neuroscience has been using the instruments made available by physics to great progress, but it is such a diverse discipline that these instruments and perspectives aren’t integrated enough under a unique framework,” say Rabuffo and Sorrentino. One a theoretical physicist, the other a clinical neurologist, they are both located at the Institut de Neurosciences des Systèmes in Marseille, France. Fostering a climate of interdisciplinary collaboration is one of the goals of the HBP - for example, Marcello Massimini, another HBP researcher and head of the Consciousness and Cognition area, came up with an idea to measure the minimum complexity of consciousness by discussing algorithms for computer file compression with physicist Adenauer Casali.

“Consciousness isn’t metaphysical. It emerges from a complex physical system and thus can be studied as such,” explain Rabuffo and Sorrentino, who just published a standpoint paper in Frontiers Psychology. “We propose a framework to do so, a prism through which we can track down the traces of consciousness, investigate its mechanisms, employing solid mathematical tools derived from physics.” These tools have already found their use for analyzing complex networks where microscopic changes can generate system-wide cascade effects. The activation of a neuron and the consequent widespread effects across the brain might be approached with the same methods for studying the spread of a wildfire through a forest, or the compression waves traveling during an earthquake.

Or a rough sea. Surfing is popular in Marseille, so the metaphor comes up naturally for the researchers. Imagine you are a surfer that wants to ride the next wave. If you wait until the apex of the wave has reached you, you are already too late, it will pass you by. You need to start moving before that, in the interval between two waves. “We posit that something similar is happening to sensory signals reaching the brain,” says Sorrentino. “The signal is the surfer, and the spontaneous neuronal avalanches are the waves. If the signal reaches the brain at the same time as one of the bursts reaches its peak, the brain would be too busy to notice, and it’s less likely that the signal will reach consciousness. In the former scenario, the information is collected, but not experienced. But if the signal arrives before that, it will ride the incoming wave and be more likely to be perceived consciously.” This would account for the aforementioned ‘failure of ignition’ that happens seemingly at random: the two signals were the same but only one was able to catch a favorable wave, at the right time and place.

The hypothesis makes sense in light of available literature on the subject, but how would you go about verifying it experimentally? “We propose a framework,” Rabuffo elaborates. “A task-driven perception task, very similar to classic access consciousness experiments. We send a quick visual stimulus to the participant, and they report whether they noticed it. The difference is that we also monitor the brain scan of the participants before the stimulation is delivered, looking for aperiodic avalanches through electroencephalography. We introduce timing and locality to the equation, both relative to the underlying brain activity.” When looking at the same data collected during the perception task, the researchers expect a worse performance if the stimulus arrived during an ongoing avalanche, and a better one if the signal arrived right in between two avalanches. If that part of the brain that received the signal (the visual cortex in this case) was busy handling a neuronal avalanche at the moment the stimulus arrived, it will be harder for the stimulus to gain conscious access. Conversely, the detection rate should be higher for stimuli that are presented in between two avalanches.

Rabuffo and Sorrentino haven’t put their hypothesis to test with their proposed experiment yet, but they expect it to work. If confirmed, the hypothesis could solve ongoing conundrums in both consciousness and critical thresholds, bridging gaps in the theoretical neuroscience landscape. If some of the spontaneous neuronal avalanches could be considered correlates of access consciousness, they would become a new marker to measure and study consciousness itself. More importantly, they could also be used as primers for experiments.  Current research uses complex setups, usually involving magnetic stimulation, to induce the right amount of activity threshold in the brain in order to study the emergence of consciousness. If you want to measure the waves in the brain you need a way to kickstart the activity first. However, this wouldn’t be necessary anymore and you could instead rely on already existing brain activity as a primer for the observation. This idea of spontaneous bursting capacity being a marker of consciousness is currently being tested in clinical data, thanks to a new collaboration between INS in Marseille and the aforementioned Marcello Massimini’s group in Milan.

The human brain is the most complex system known to date, and theoretical physics strives for elegant and simple principles that might govern it. If the proposed experiments prove successful, we wouldn’t need to prime the brain anymore to ‘generate’ consciousness, we could simply observe it as it constantly primes itself through spontaneous, irregular waves of neuronal activity. It just becomes a matter of catching the right one at the right time. After all, we do not need to be primed to be conscious….we just happen to be.