A new study co-led by Human Brain Project researchers in France has revealed how consciously listening generates sound-specific assemblies of neurons in the brain. While awake, hundreds of nerve cells at a time can coordinate to form these sound-specific patterns. Under anaesthesia, a brain response to auditory stimuli is still observed, but indistinguishable from spontaneous brain activity. The study, which combined in vivo experiments and computational modelling, has been published in Nature Neuroscience.

Even when we are unconscious, ongoing activity in the brain combines with sensory perception to respond and process stimuli. It is however still unclear if each stimulus is processed differently by this combined activity, or if the same underlying dynamics are responsible. Differentiating the neuronal activity during conscious perception, compared to non-conscious states, is still a complicated matter.

The study by HBP-researcher Alain Destexhe (Neuroscience Institute of Paris-Saclay University) and Brice Bathellier (Institut de l’Audition of Pasteur, Paris) now sheds new light on the brain’s response to sound during these states.

The scientists found that the cerebral cortex organizes itself in specific neuronal assemblies when consciously perceiving sounds, generating “creative” patterns of activity. Assemblies of hundreds of neurons are also present while the brain perceives auditory stimuli under anesthesia, but it’s only during wakefulness and awareness that specific ones emerge and become associated with specific sounds.

The researchers used an optical recording technique, calcium imaging coupled with multiphoton microscopy, to follow the activity of nearly a thousand neurons in the auditory cortex between the awake and anaesthetized states in mice.

To interpret the observed date, the team simulated different hypotheses about what determines the groups of neurons that are activated. This analysis showed that under anaesthesia, the likelyhood that a neuron becomes part of a response to sound is strongly influenced by its chances of becoming a part spontaneous activity, leaving less freedom to encode actual sound information. In the awake state, these two likelyhoods are more independent of each other, opening up larger possibilities to encode information in different ways.

Under anesthesia, the cortex responds to auditory stimuli, but this response evokes neuronal assemblies that are already present in the spontaneous activity in the absence of stimulus. If the stimulus is perceived while awake instead, the auditory cortex creates new assemblies, which are specific to each sound. By using a technique to image the auditory input fibers, the researchers also showed that the new assemblies are generated purely at the cortical level.

“Compared to unconscious states, the cerebral cortex gets more creative while awake and invents new patterns of neuronal activity in response to each sound. This creativity appears to be an important correlate of sensory perception” says Alain Destexhe.

The data, collected by the CNRS-NeuroPSI and Institut de l'Audition, and the computational analysis carried out within the Human Brain Project, will be made available on the digital research infrastructure EBRAINS. 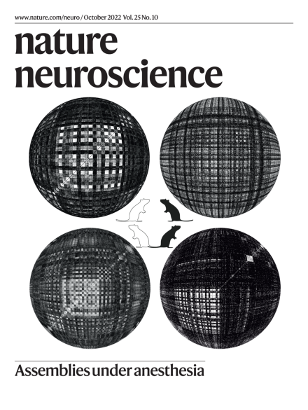 The study has been chosen for the cover of the October 10 issue of the renowned journal Nature Neuroscience.