HBP Scientific Director Prof. Katrin Amunts has received the Hector Science Award 2021. The prestigious prize of 150,000 Euro honours professors from German universities and research institutions for outstanding research achievements, dedication to the education and support of young scientists and contributions to advancing their disciplines and institutions. The award was presented during a virtual award ceremony on 28 January. 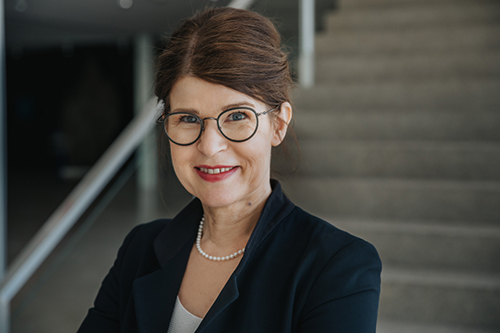 "It is very important for scientists to get recognition for their work, and the Hector Science Award means a lot to me," says Amunts. "The prize helps to make our research more visible and move ahead with renewed energy."

Amunts and her team have mapped the human brain at an unprecedented scale and redefined the traditional neuroanatomy maps of Brodmann and others. She has pioneered interdisciplinary research at the interface of neuroscience and high-performance computing. With her digital brain atlas, she has provided a powerful tool that drives advances in neuroscience, medicine and technology.