The Human Brain Project is proud to share that one if its Lead Scientists, Jean-Pierre Changeux, Institut Pasteur, College de France, Kavli Institute, University of California San Diego, has been named as one of the few world-class Citation Laureates by the global research and information company, Clarivate. 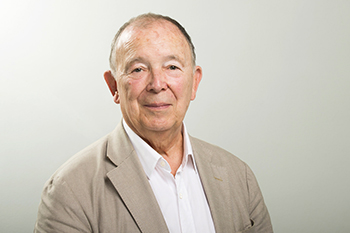 The list is established based on an analysis carried out by the Institute for Scientific Information (ISI) and highlights researchers whose work is deemed to be ‘of Nobel class’.  In its announcement Clarivate emphasizes Jean-Pierre Changeux’s influential and transformative  “contributions to our understanding of neuroreceptors and especially the identification of the nicotinic acetylcholine receptor and its allosteric properties”

Each year since 2002, ISI analysts have drawn on Web of Science™ publication and citation data to identify influential researchers in the research areas recognized by Nobel Prizes: Physiology or Medicine, Physics, Chemistry and Economics. Out of some 52 million articles and proceedings indexed in the Web of Science since 1970, only 6,500 (or .01%) have been cited 2,000 or more times. It is from the authors of this group of papers that Citation Laureates are identified and selected. They are individuals whose research publications are highly cited and whose contributions to science have been extremely influential, even transformative.