The full dataset of the Julich-Brain probabilistic maps has been published and can be freely downloaded. The data package comprises 148 probability maps in a three-dimensional reference space. 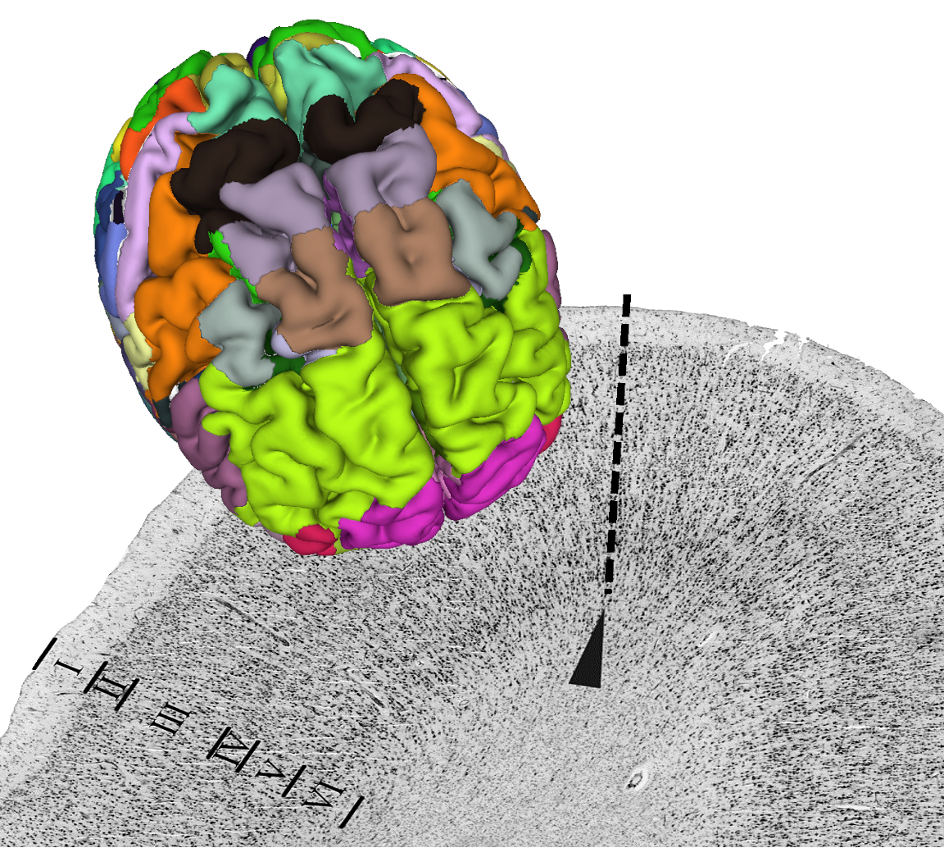 The Julich-Brain Atlas (Amunts et al. Science 2020) contains cytoarchitectonic maps of more than 200 areas of the human brain including cortical areas and subcortical nuclei. It depicts differences in distribution, density and morphology of cells in a three-dimensional space in probabilistic maps that reflect the variability between individual brains. The Julich-Brain serves as a basis for spatially aligning and annotating data and knowledge from different levels of brain organisation such as connectivity, molecular architecture or functional brain segregation and is a powerful tool to help researchers and clinicians better interpret images of individual brains.

The Julich-Brain is the foundation of the Multilevel Human Brain Atlas, which integrates neuroanatomical features with complementary maps of the molecular architecture, function and connectivity across multiple scales and is openly available to the research community via the Human Brain Project’s research infrastructure EBRAINS. The full set of probability maps of Julich-Brain is now also available for download as a comprehensive data package. The data package enables researchers to access the full set of probability maps in one NIfTI file. This also allows for analysis in combination with other research data such as from connectivity or functional studies using Python, Matlab, MRIcro, ITK-snap and other commonly used software tools.

The Julich-Brain Atlas is a living atlas that is consistently being expanded and refined. In August 2021, version 2.9 of Julich-Brain was released providing 24 additional probabilistic cytoarchitectonic maps adding an expansion of the cerebral cortex and subcortical areas. The newly released data package consists of all 148 probabilistic maps included in Julich-Brain Version 2.9 in a three-dimensional reference space.