Researchers from the Human Brain Project (HBP) have released version 4 of the Waxholm Space atlas of the Sprague Dawley rat brain, a volumetric open access atlas. The new atlas version contains both novel and revised subdivisions of the basal ganglia, cerebral cortex and thalamus, defined by domain experts. WHS rat brain atlas v4 will be integrated in EBRAINS tools and workflows, allowing researchers to navigate and analyse their data using the new anatomical subdivisions. 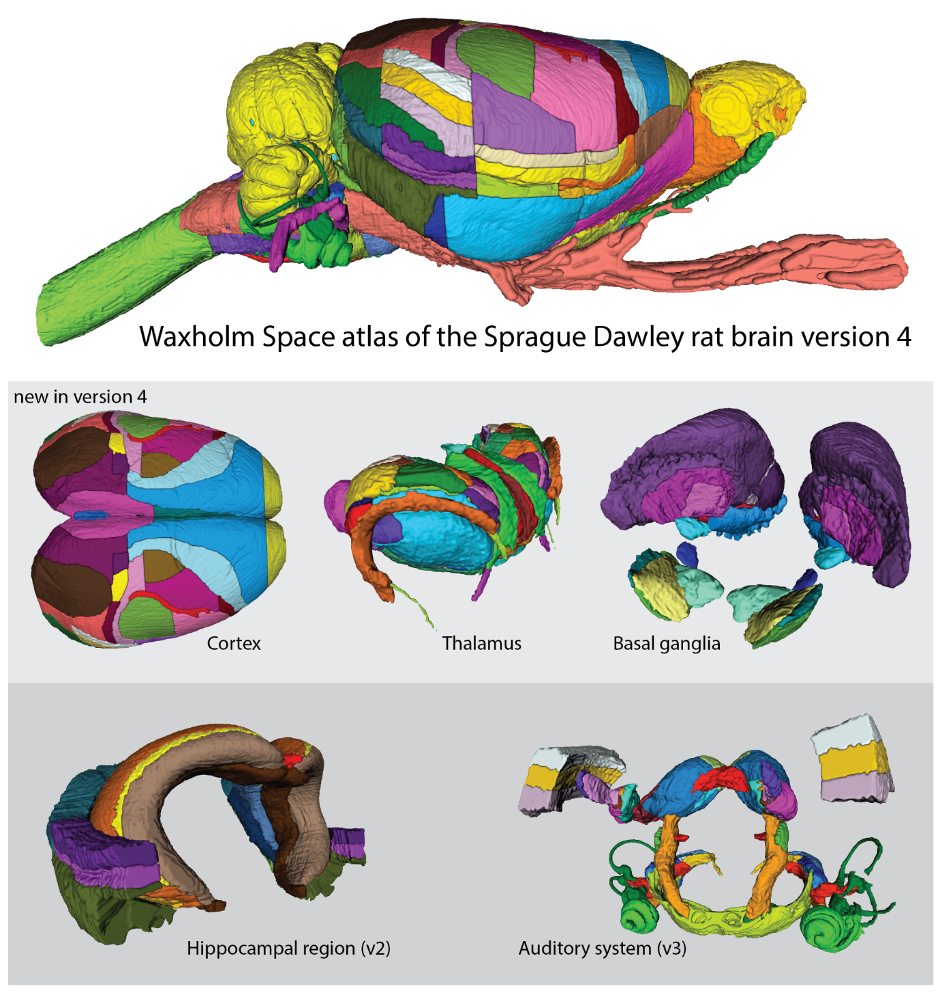 Rodent brain atlases are among the most used and cited resources in neuroscience. Atlases based on high-resolution image volumes, such as MRI, provide particularly important frameworks for data integration and analysis, serving as a reference for orientation, planning of experiments, and analysis of anatomical location in various types of studies. The Waxholm Space rat brain atlas provides a spatial framework for EBRAINS tools and workflows for analysing structural and functional data from the rat brain. Researchers studying rat models of different diseases such as stroke, neurodegeneration or mental disorders can use this atlas to integrate and quantitatively compare data from individual animals.

“Finally, researchers working on the rat brain can analyze and visualize their data using a comprehensive three-dimensional atlas. This has been a recurring request from researchers in the community,” says Heidi Kleven, lead author on the publication being prepared for the project.

The atlas is integrated into the EBRAINS suite of tools for spatial registration (QuickNII and VisuAlign), quantification and visualization (QUINT). The new atlas version is also embedded in the EBRAINS Interactive Atlas Viewer (IAV), allowing researchers to visualize the atlas in 3D and slice it along the standard or arbitrary angles. The viewer also allows researchers to inspect individual anatomical structures and search for related data in the EBRAINS Knowledge Graph via regions and positions in the atlas. With the new subdivisions and the integration in analysis software, the atlas is expected to be of wide interest for experimental neuroscientists working with rat data.

“In the last few years, we have seen significant advances in methods for connecting data to brain atlases and using this as a basis for data visualization and brain-wide analyses. Such efforts have been held back for rat brain data due to the limited level of detail available in volumetric atlases. This new version of the Waxholm Space rat brain atlas will equip researchers with a crucial new resource for navigating, visualizing and analysing their data,” says Ingvild E. Bjerke, collaborator on the project.

The new, fourth version of the WHS rat brain atlas represents the most substantial update of the Waxholm Space rat brain atlas to date. It includes a total of 222 anatomical delineations covering all major brain regions, of which 112 are new and 56 are revised. New subdivisions are now available for the basal ganglia, cerebral cortex and thalamus. The boundaries of 40 adjacent anatomical structures have been revised, and 6 new structures were added.

“We have had the privilege to work with leading experts on the anatomy of the thalamus and basal ganglia when creating this version of the atlas. This has allowed us to preserve and share their substantial knowledge of these areas, and to 3D-visualize regions of the rat brain that have previously only been represented in 2D sections,” says principal investigator Trygve Leergaard.

The defining feature of the atlas is the manually defined three-dimensional annotations of structures identified together with neuroanatomical experts for each brain area. The Waxholm Space rat brain atlas is a collaboration between researchers from the University of Oslo, the Norwegian University of Science and Technology, the Autonomous University of Madrid, and the Free University of Amsterdam. 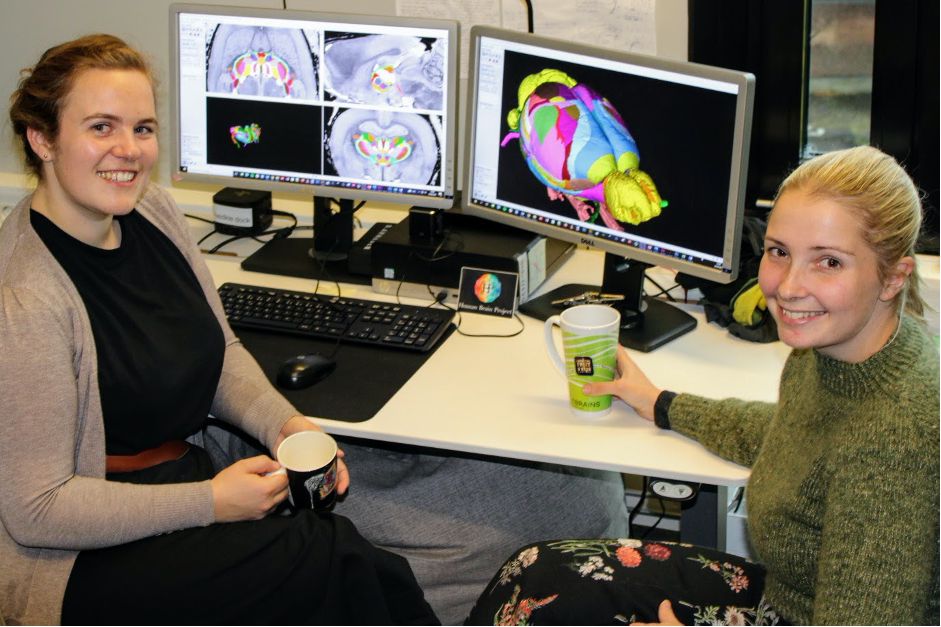