Researchers show that evolutionary expansion of a part of the human brain that is responsible for cognitive function involves cell diversification–with possible consequences to our susceptibility to Alzheimer's. The study, carried out within the BRAIN Initiative with contributions from HBP researchers from Vrije Universiteit Amsterdam has been published in Nature. 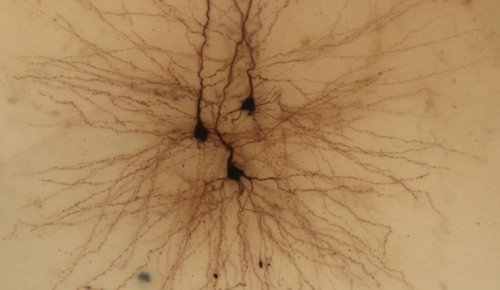 In a ​new study published in Nature​, researchers show that humans have more diverse types of nerve cells in these evolutionarily expanded layers. The research was carried out within the framework of the NIH’s BRAIN Initiative and led by the Allen Institute in the US in collaboration with HBP researchers from the Vrije Universiteit Amsterdam in the Netherlands and a team from the University of Szeged in Hungary.

The researchers applied a new technique called ‘Patch-Seq’ that allowed them to profile the genes expressed by single human neurons and simultaneously study the respective cells’ shapes and electrical activities. Much of our knowledge about the human brain originates from studies of dead brain tissue; however, for this special type of analysis brain cells had to be alive. For their study, the researchers used living brain tissue that had been surgically removed from 90 donors as part of a medical intervention to treat epilepsy or brain tumours. In particular, they analysed hundreds of excitatory neurons, which are nerve cells that activate other neurons.

The researchers found that in the upper part of the cortex, neurons with relatively small cell bodies were densely packed, whereas in deeper layers nerve cells were more sparse and much larger–a phenomenon they could not observe in mouse tissue. They found more diverse types of neurons in the deeper layers and, interestingly, identified a type of cell in these layers that is particularly vulnerable to degeneration in Alzheimer’s disease. These cells are responsible for long-range connections from one part of the cortex to another and may play an important role in abstract thinking.

“We find that these evolutionarily developed parts of the human brain contain cell types that cannot be seen in mice. The increased molecular diversity in humans is reflected in the diversity in the shape and function of the cells. The more 'human-specific' brain cell types are among the first to disappear in Alzheimer's disease," says HBP researcher Huib Mansvelder, who lead the Amsterdam team that contributed to the study.