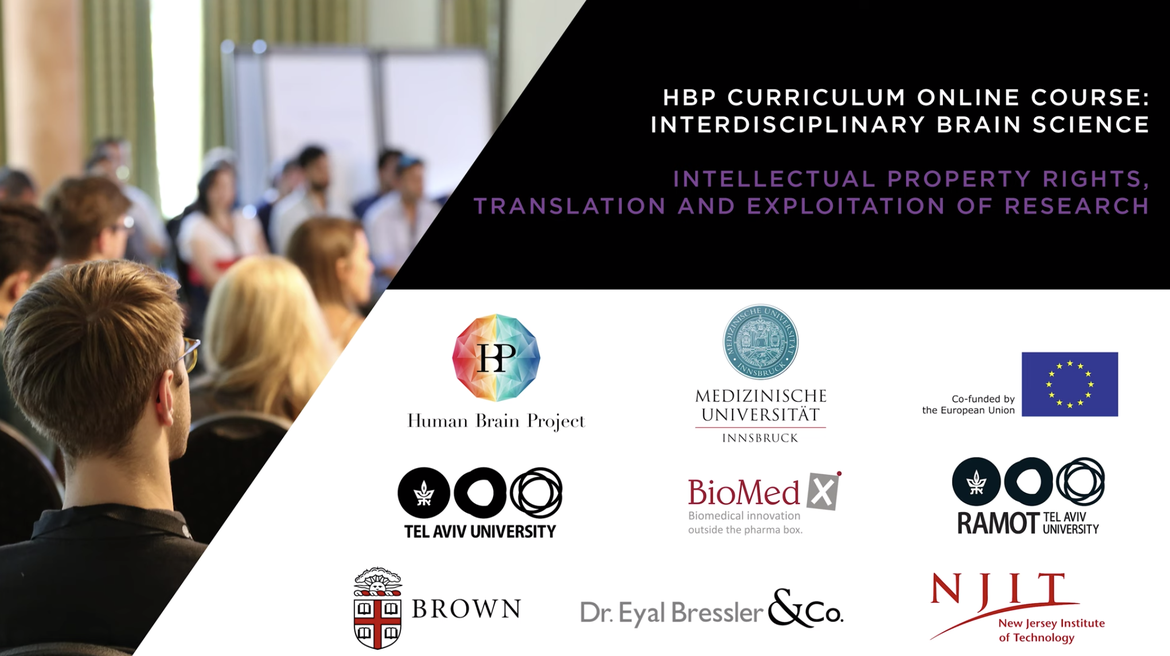 Knowing how to incorporate innovation and entrepreneurial mindsets and concepts into day-to-day research work can be very beneficial and rewarding; however, it is very challenging specifically for students coming from disciplines such as computer science, engineering, life science or medicine (a non-MBA background). The current course will help building personal leadership skills for early-stage researchers and group leaders from the neuroscience field by inspiring them to look for better and smarter solutions, to think outside the box and consider end products when it comes to their present and future research. Especially at early stages of the academic career, students can benefit from learning from the experience of innovators and entrepreneurs, through their failures and successes, and gain some practical tools and advice. Additionally, this course presents the basic concepts of intellectual property and how research can be exploited and translated into products.

ECTS credits: 2.5 ECTS (after attendance of the online course, one full workshop and successfully passing the exam)

Lecture 7: Looking into the future using emerging trends: What are they and how do we identify them?
Iris Ginzburg | TAU 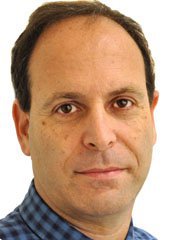 Eyal Bressler is the founder of Dr. Eyal Bressler & Co., a leading private patent attorney office. Prior to forming the firm and after spending 15 years at the Hebrew University of Jerusalem, Dr Bressler served as the CEO of a successful venture capital fund investing in knowledge-intensive start-ups.

Dr Eyal Bressler, founder of a leading patent attorney office specialising in the biotech field, will dive into the complex world of intellectual property and patents. Together with Eyal, the audience will take the first steps of taking an idea from the lab and into commercialisation, including the "to do" and "not to do" of this world.

Lecture 4: Patents in the realm of neuroscience

In his second lecture, Dr Eyal Bressler describes the main elements of building a patent, including examples from the world of neuroscience, and how to search for patents and know what everybody else is doing. 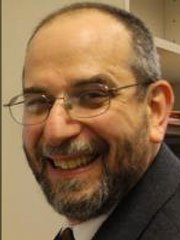 Associate Professor Michael Ehrlich started his career on Wall Street, ending at Bear Stearns as Senior Managing Director. Upon leaving Wall Street, Ehrlich started FineStar Imaging LLC, a small technology company that he sold in 2007. Along with teaching and research, Ehrlich uses his experience to work with NJIT’s small business incubator. Ehrlich, a member of the NY Angels, enjoys working with start-up companies and co-directs the New Jersey Innovation Acceleration Center (www.njiac.com), which helps entrepreneurs accelerate their time to market and revenue. Ehrlich has been working with the National Science Foundation Innovation Corps program as a mentor, on the teaching team for the NYC Regional Innovation Node, and is now PI of the I-Corps Site at NJIT. Ehrlich received his doctorate from Princeton University in economics with a specialty in finance. His bachelor’s degree is from Yale University.

Lecture 1: Is your „Million Dollar Idea" a viable business concept?

With over 25 years experience as an angel investor and currently working as a professor at NJIT, leading the New Jersey Innovation Acceleration Center, Ehrlich shares the system he has developed to evaluate the 1000s of funding proposals he has seen and to dig for the best idea that can also be a viable business. 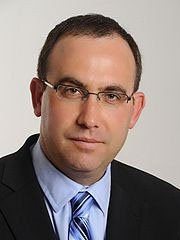 Ehud Gazit is a biochemist, biophysicist and nanotechnologist. He is Professor and the incumbent of the Chair for Nano-Biology at Tel Aviv University. From 2012-2014 he also served as the Chief Scientist of the Israeli Ministry of Science and Technology (MOST). His laboratory was the first to identify aromatic dipeptides that form nanotubes and nanospheres of unique mechanical and chemical properties. Applications of these nano assemblies for ultra sensitive biosensors applications, energy-storage devices, and the fabrication of metallic nanowires have been demonstrated.
Prof. Gazit also develops small molecules that serve as anti-aggregation agents in Parkinson's and Alzheimer's disease. His work was published in some of the most prestigious academic journals including Science, Nature, Nanotechnology, Nature Chemical Biology, Cell, the Proceedings of the US National Academy of Science, and many more. He is also the inventor of few tens of patent applications. 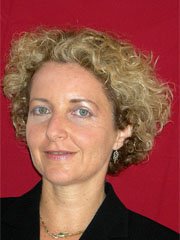 Iris Ginzburg, CEO of Demaya Innovation Practices, provides innovation services to large organisations in Israel and around the world, focusing on the financial sector and technology firms. Prior to establishing Demaya, Dr Ginzburg has initiated and globally led IBM’s Innovation Management Practice, part of IBM’s On Demand Innovation Services. Iris is also the director of an MBA Program for Management of Technology, Entrepreneurship and Innovation at the Recanati Business School at Tel Aviv University.

With more than 150 students, this program is considered Recanati's flagship MBA program. Dr Ginzburg holds a PhD in Physics from Tel Aviv University and an MSc in Management of Technology from MIT Sloan School of Management.

Lecture 7: Looking into the future using emerging trends: What are they and how do we identify them?

Innovators and entrepreneurs should constantly think about the future. The specific time horizon of interest may vary between one and ten years, depending on the specific initiative and its nature. Although it is really impossible to predict the future with certainty, innovators and entrepreneurs need to have an opinion about it. What tools exist and how does one form a useful view about the future? In this lecture we will talk about prediction tools and techniques, focusing mainly on emerging trends. 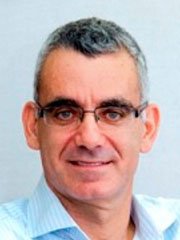 Shlomo Nimrodi is the CEO of Ramot, the tech transfer company of Tel Aviv University. He brings with him a track record of over 20 years in leading technology companies, in a wide range of industries, locally and internationally. As the CFO and COO of Indigo, the market leader in digital printing technology, he led the company to its acquisition by HP in the early 2000s. Shlomo graduated with an MA and MBA with Honors from the Hebrew University of Jerusalem and completed the Advanced management Program (AMP156) at Harvard Business School. 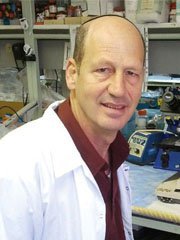 Dr Daniel Offen earned his PhD in Molecular Biology at Weizmann Institute of Science and did his post-doctoral studies at the Albert Einstein College of Medicine in N.Y. Dr Offen heads the Neurology Laboratory at Tel Aviv University and is an Associate Professor in the Department of Human Genetics and Biochemistry. Dr Offen enjoys an internationally recognised reputation in neuroscience research. He has published over 150 original scientific papers on neurodegenerative diseases and is co-inventor in over a dozen patents, including those on which Brainstorm Cell Therapeutics’ pioneering technology is based. Dr Offen is a co-founder of BrainStorm, a biotechnology company developing autologous stem cell therapies for ALS and currently conducting Phase II clinical trials. 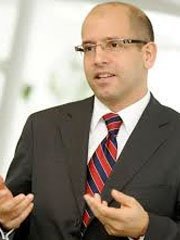 Christian Tidona is a serial biotech entrepreneur and managing director at BioRN Cluster Management GmbH and BioRN Network e.V. in Heidelberg, Germany. He studied biology at the University of Heidelberg and received his PhD in 1999 at the age of 28. After several years of experience as a founder, managing director and coach of a number of biotech companies such as Multimetrix (Regensburg), Microbionix (Neuried), Cytonet (Weinheim/Durham NC) and Heidelberg Institute for Stem Cell Technology and Experimental Medicine (HI-STEM), he played an important role in the development of a new economic growth strategy for the Biotech Cluster Rhine-Neckar (BioRN), one of the leading life science clusters in Europe. Based on this strategy, the BioRN cluster was distinguished as one of the five most significant high-tech regions in Germany (Leading Edge Cluster Competition). It was awarded a 40 million Euro grant from the Federal Ministry for Education and Research (BMBF), which is now being used under Dr Tidona’s leadership together with another 40 million Euro from the local pharma and biotech industry for the implementation of the new growth strategy. Among other personal commitments, Dr Tidona is a member of the executive board of the Health Axis Europe alliance between the three health clusters in Cambridge / UK, Leuven / Belgium and Heidelberg / Germany, member of the German-Israeli Life Sciences Committee, board member of the BioRN.

Lecture 5: New innovation models at the interface between academia and industry 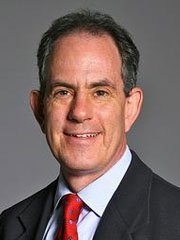 Danny Warshay has devoted his career to building, managing and harvesting high-growth entrepreneurial ventures. He began his entrepreneurial pursuits while an undergraduate at Brown, as co-founder of Clearview Software, which Apple acquired in 1989. Since then, he has co-founded 15 other successful companies acquired by Medline, Time, Belo Corporation, Sealed Air, Penton Media.
Beyond his own successful startups, Danny is internationally recognised for his approach to teaching entrepreneurship. He is member of the entrepreneurship faculty at Brown, where the Critical Review recognised his Entrepreneurial Process course as the highest-rated course in the University. Danny is also a member of the entrepreneurship faculty at Yale and in the Tel Aviv University MBA program, and he leads intensive Entrepreneurial Process workshops in corporate, governmental and other contexts throughout the United States, and in China, Egypt, Portugal, Bahrain, Slovenia, South Africa, Jordan, Palestine, Israel and the UK. In recognition of his active support for Brown students in and out of the classroom, Danny was awarded the first ever Nathalie Rutherford Pierrepont Prize for Leadership, Career Advising, and Motivation. Google’s University Program awarded Brown’s Business, Entrepreneurship and Organizations Concentration an unrestricted grant in recognition of the impact Danny’s teaching has had on his students, many of whom have gone on to work at Google. To recognise Danny’s leadership during his tenure as President of its Board of Trustees, Brown Hillel annually awards the Danny Warshay ’87 Exceptional Leadership Award to the student who has most clearly demonstrated the leadership qualities of mentoring, modelling and community building. Danny was also the recipient of the Merrill L. Hassenfeld Leadership in Community Service Award, and the Brown Football team recognised Danny with the Dave Zucconi ’55 Brown Pride Award for loyalty, support, service and faith in Brown football. Danny received an A.B. in History, magna cum laude, from Brown University (Junior Year at Hebrew University in Jerusalem), and an MBA from Harvard Business School. More details at DannyWarshay.com

Lecture 2: Bottom-up research: The most critical skill in entrepreneurship

Serial entrepreneur and internationally renowned entrepreneurship Prof. Danny Warshay of Brown, Yale and Tel Aviv University, will lead a discussion about the most critical skill in entrepreneurship - "bottom-up research." This breakthrough "anthropological" approach helps entrepreneurs listen and observe to determine what consumers really need, even when consumers themselves do not know.