Training on Tools for Molecular Simulation of Neuronal Signaling Cascades 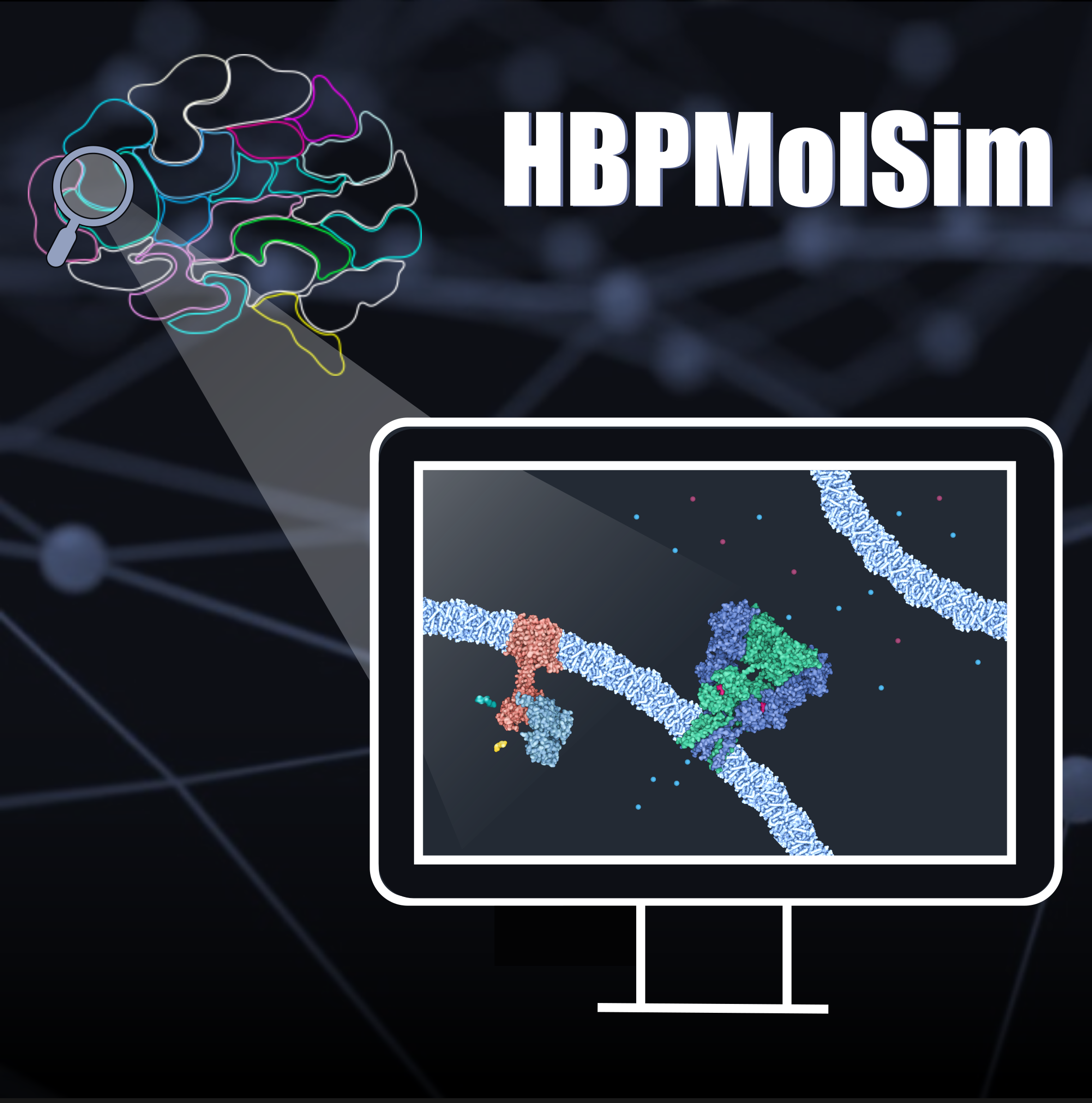 The human brain is one of the most complex and fascinating structures. It is still far from understood and therefore considered one of the last biological frontiers. Its function is the result of intricate signal transmission networks and reactions occurring within and between neurons.

To model and simulate such complexity, multiscale models are required, that are aimed at reproducing brain function through a bottom-up approach, from the molecular to the whole brain level.

This workshop will provide training in computational tools developed in HBP, that enable brain simulation and modelling at the molecular and subcellular levels. Participants will get an overview of these tools, the necessary theoretical background, and practical experience to apply the tools in own research. HBP research results will be shared and attendees be trained in how to use EBRAINS resources.

The target audience is advanced master students, doctoral students and postdoctoral researchers in molecular neuroscience, biochemistry, molecular biotechnology, biophysics, chemistry and related subjects, who would like to acquire an introduction to molecular simulation of neuronal signaling cascades and expertise in the relevant data sources and simulation tools developed in HBP. Prior experience with shell scripts, python and visualization of biomolecular structures (vmd or pymol) is recommended.

Times displayed are in CEST/GMT+2/UTC+2. 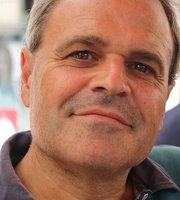 Alejandro Giorgetti obtained his bachelor’s degree in physics at the 'Universidad Nacional del Sur', Bahia Blanca, Argentina. He obtained a Ph.D. in Physical and Statistical Biology at the International School for Advanced Studies (SISSA), Trieste, Italy. After that, he spent three years in the Biocomputing lab. at the Universidad di Roma 'La Sapienza'. Nowadays, Alejandro Giorgetti is an Associate Professor of biochemistry at the University of Verona, Italy since 2018. Since his arrival  (2007), he has been the Principal Investigator of the group 'Laboratory of Applied Bioinformatics'.  Since 2015 he is also a research associate at the Institute for Advanced Simulation (IAS) / Institute of Neuroscience and Medicine (INM) (Computational Biomedicine (IAS-5/INM-9)) of the research center: Forschungszentrum Jülich, Germany. His principal activities regard protein structural bioinformatics and computational biophysics aimed at understanding the molecular mechanisms underlying the interaction of membrane chemo and neuro-receptors with their cognate ligands. He has published more than 80 peer-reviewed articles and several book chapters. Among other journals, he is a member of the editorial board of Scientific Reports (Nature group). 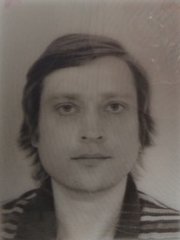 Andrii Stepaniuk is postdoctoral researcher in the Molecular Systems group of the Blue Brain Project at EPFL, Switzerland. The main focus of his research interests is computational modeling of synaptic plasticity at molecular and phenomenological levels. His scientific interests include synaptic physiology, simulation of synaptic molecular networks, and using single-cell RNA data for the modeling of neuronal phenotype space. He is participating in synaptic plasticity modeling for the mouse brain model developed in the Blue Brain Project. 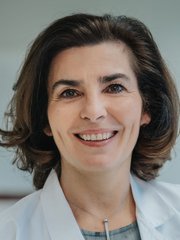 Nicola Palomero-Gallagher, PhD, PD, graduated 1990 from the Sciences Faculty of the Universidad Autónoma of Madrid, Spain. She was a PhD student at the C. & O. Vogt-Brain Research Institute of the Heinrich-Heine University Düsseldorf, Germany, between 1992 and 1999, and received the PhD in 1999. Since 2000 she works at the Institute of Neuroscience and Medicine (INM-1), Research Center Jülich, Germany, where she is a Senior Researcher and Leader of the research group “Rezeptoren”. She is a senior editor of Brain Structure and Function. Her research is centered on the structural (cyto- and fiber-architecture) and molecular (receptor-architecture) organization of the human, non-human primate and rodent cerebral cortex, with particular focus on the cingulate cortex. Her major goal is to understand the cyto- and receptor-architectonic basis of cortical segregation and interareal interactions, with emphasis on their relationship with function. 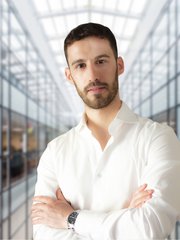 Rui Ribeiro obtained his bachelor’s degree in biochemistry in 2013 at the University of Porto in Portugal. Two years later, he obtained his master’s degree also in biochemistry at the same university. In 2021 he became a Ph.D. in Biotechnology by the University of Verona in Italy, and since then, he is doing a post-doc at the Institute for Advanced Simulation and Computational Biomedicine (IAS-5 / INM-9), Forschungszentrum Jülich, in Germany. His research has been focusing on the use of computational structural biology approaches and systems biology simulations applied to pharmacological and disease modelling. 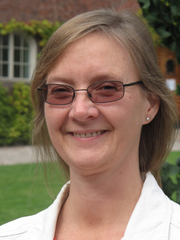 Jeanette Hellgren Kotaleski is professor in Neuroinformatics at Dept. Computational Science and Technology (CST) at the School of Electrical Engineering and Computer Science, KTH Royal Institute of Technology, Sweden. The main focus of her research is to use computational modeling to understand the neural mechanisms underlying information processing and learning in motor systems. Of specific interest are the basal ganglia, a structure in the forebrain that is important for the selection and initiation of motor (and cognitive) actions, and which constitutes the biological substrate for reward dependent learning. The levels of investigation range from simulations of large-scale neural networks, using both biophysically detailed as well as abstract systems level models, down to kinetic models of subcellular processes (e.g. dopamine receptor induced cascades). The latter approach is important for understanding mechanisms involved in e.g. synaptic plasticity and learning. JHK is also working closely with the International Neuroinformatics Coordination Facility. She is presently the leader of the Swedish national Neuroinformatics node, and has been active in the EU flagship, the Human Brain Project (HBP) since its start. 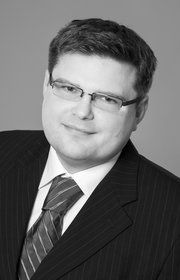 He applies the following methods and tools: 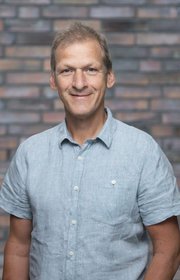 Stefan Richter worked as a programmer at MPI for Biocybernetics in Tübingen after his studies Biology. In 1994 he started a PhD about modelling residual cation transport in human erythrocytes at the Biophysical department of the Humbold University in Berlin, Germany. After he finished his PhD he worked as data manager in a section of the MPI for Molecular Genetics in Berlin, Germany. In 1999 he started a new engagement at Lion Biosciences in Heidelberg, Germany. Since 2005 until recent he works as a scientific developer and IT specialist at the MCM group of the HITS gGmbH, Heidelberg, Germany. 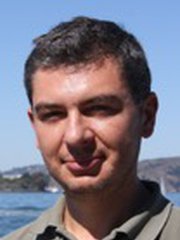 Marco Cecchini is head of the Laboratoire d'Ingénierie des Fonctions Moléculaires (IFM) at the University of Strasbourg. His research activities aim at fundamental questions concerned with molecular recognition in solution from self-assembly to the allosteric regulation of important biomolecular machines. Using modeling and Molecular Dynamics simulations, his research develops along three axes: (1) the exploration of molecular function in biomolecular motors and neurotransmitter receptors; (2) the theoretical investigation of protein-ligand binding and molecular self-assembly; and (3) the development of efficient numerical strategies for the calculation of the free energy.

After graduation in Chemistry from the University of Bologna (Italy) in 2000, he joined the University of Zurich (Switzerland) for PhD training on modeling and simulation of protein molecules. He obtained his Ph.D. degree in 2005 and joined the group of Martin KARPLUS (Nobel Prize of Chemistry 2013) at the Institut de Science et d’Ingenierie Supramoléculaires (ISIS) in Strasbourg as a post-doctoral fellow. After four years of successful research, he joined the Faculty at ISIS (UMR7006) as a junior PI and started an independent career at the age of 35. In 2011, he was awarded the Chaire d’Excellence du CNRS prize and appointed assistant professor (Maitre de Conférence) at the University of Strasbourg. He obtained his habilitation á diriger des recherches (HDR) in 2015 and a qualification aux fonctions des Professeur in 2016. In 2017, he joined the Institut de Chimie de Strasbourg (UMR7177) as a junior group leader. Marco Cecchini is head of the Laboratoire d’Ingenierie des Fonction Moléculaires since 2010. In the last nine years, he has secured 13 research grants from local, national and international organizations for a grand total of 1,8 million euros. He obtained two PRACE computing grants from EU worth 20 million CPU-hours in 2013 and 2018. He received the Prime d’Encadrement Doctorale et de Recherche (PEDR) in 2016. He is author of 48 peer-reviewed articles in international scientific journals and co-inventor in 2 European patents. His current H-factor is 25.

In the field of Neurosciences, his major contributions are: (1) the formulation of the first atomistic model of receptor’s activation (or gating) in pentameric ligand-gated ion channels with a notion of causality between the binding/unbinding of agonist and the quaternary isomerization of the protein (Proc Natl Acad Sci USA 2013, 110, E3987); and (2) the structural characterization of the active state of the Glycine receptor by a combination of Molecular Dynamics simulations and computational electrophysiology (Structure 2018, 11, 1555). 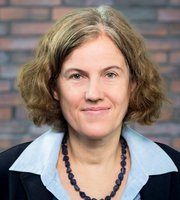 Rebecca Wade leads the Molecular and Cellular Modeling group at Heidelberg Institute for Theoretical Studies (HITS) and is Professor of Computational Structural Biology at the Center for Molecular Biology at Heidelberg University (ZMBH).  Rebecca Wade studied at Oxford University and, following postdoctoral research at the universities of Houston and Illinois, became a group leader at the European Molecular Biology Laboratory (EMBL) in Heidelberg in 1992. She moved to HITS in 2001. Rebecca Wade’s research is focused on the development and application of computer-aided methods to model and simulate biomolecular interactions. Her research group has developed novel protein structure-based methods for drug discovery and protein engineering, most recently for studying drug binding kinetics, as well as multiresolution computational approaches to investigate macromolecular association and the effects of macromolecular crowding. Rebecca Wade’s research has been published in over 250 scientific papers, as well as software programs and web servers that are used world-wide. She is an Associate Editor of the Journal of Molecular Recognition and PloS Computational Biology. She was awarded the 2004 Hansch Award of the QSAR and Modelling Society and the 2016 International Society of Quantum Biology and Pharmacology (ISQBP) Award in Computational Biology and was the 2020 Molecular Graphics and Modeling Society (MGMS) lecturer.  URL: mcm.h-its.org.