Einstein said that the measure of intelligence is the ability to change. While this is true for the majority of hippocampal neurons that change their firing across different environments, it has been recently shown that a small minority remains unaffected by environmental modifications. This paradoxical “rigidity in the minority” may however provide critical advantages to the hippocampal memory system, such as the ability to generalize across situations or orchestrate the firing dynamics of large populations of neurons. This project aims to determine the cellular, circuit and developmental mechanisms behind rigid and flexible cells as well as the computational benefits of mixing these two cell types in same network. 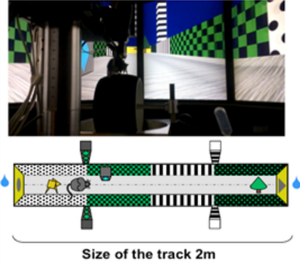 The hippocampus plays a critical role in the formation and consolidation of episodic memories, i.e. memories of events (what happened, where and when) that we experienced in our daily lives. Spatial information, essential for the formation of episodes is also processed by the hippocampus, as is evidenced by the presence of place cells in this structure. Place cells are hippocampal neurons that become active when the subject enters a particular location in the environment. Together, these neurons participate in the formation of a mental representation of that environment, allowing flexible spatial navigation. For a long time, hippocampal principal cells were thought to form a relatively homogeneous population and the ability of any given cell to be active in a new environment was thought to be evenly distributed. 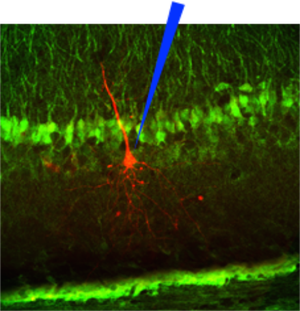 Recent data, however, suggest a more complicated scheme. While a majority of cells are active in only one or few environments (‘plastic cells’) a small minority of neurons is active in most of them (‘rigid cells’). However, it remains unknown how rigid and plastic circuits map onto specific cellular/circuit properties, developmental origins and intrinsic/synaptic cellular plasticity, already described in the hippocampus. By bringing together leading experts in a wide array of disciplines, ranging from developmental neurobiology, cellular physiology, systems and computational neuroscience, this project aims to address this specific question. Our aims are to determine whether the difference between plastic and rigid neurons is caused by a different developmental origin and/or different cellular/circuit properties. We also aim to understand the computational benefits for navigational strategies of mixing rigid and plastic neurons into the same network.

HippoPlast will help us bridge the gap between cellular and circuit analysis of hippocampal function and allow us to better understand and how this structure functions in normal and pathological states. Ultimately these results may help design new therapeutic procedures to restore network, cognitive and behavioral functions in pathologies such as epilepsy and Alzheimer’s disease.

This project will fuel the Mouse Brain Organization subproject, by generating reconstructed morphologies and anatomical distribution of different functional subtypes of CA1 pyramidal cell according to their birthdate. It will also contribute to the System and Cognitive Neuroscience subproject  by examining the relationships between spatial/episodic memory, network anatomical and functional properties as well as understanding how these are shaped by early developmental programs. Finally, our work will participate in the Theoretical Neuroscience subproject by bridging the gap between low-level and large-scale descriptions of the hippocampal networks. Imaging data will be shared with the European scientific community through the HBP ICT platform. 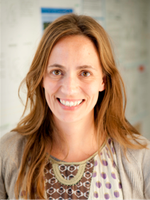 Rosa Cossart is group leader and director of the INMED institute in Marseille, France. Current work in her lab aims at testing the possibility that birthdate is a critical determinant of neuronal network function into adulthood, in health and disease. To test this hypothesis, and more generally to describe structure-function relationships in cortical networks, she and her group have developed a multidisciplinary approach that combines in vitro and in vivocalcium imaging and electrophysiology, neuroanatomy, notably from clarified intact structures, mathematical analysis and mouse genetics. 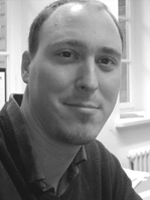 Jerome Epsztein is group leader at INMED in Marseille, France. With his research group he studies neuronal representations of space in the rodent hippocampus and associated cortical areas. Of particular interest to him are the mechanisms behind the initial formation storage and recall of internal spatial representations. To tackle these questions his lab combines navigation tasks in real and virtual environments with cutting-edge multisite extracellular recordings, computational modeling and optogenetics. To gain further insights into the cellular mechanisms of place cells activation he recently contributed to the development of methods allowing whole cell recordings in freely navigating animals. 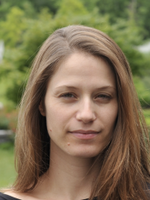 Judit Makara did her medical Ph.D. in cellular physiology at the Department of Physiology of the Semmelweis Medical University in Budapest, Hungary. After having worked as a postdoctoral fellow at the Institute of Experimental Medicine in Budapest, Hungary she joined the lab of Dr. Jeff Magee at Janelia Farm Research Campus in Ashburn, Virginia for a second postdoc period in 2006. Since 2011 she is back in her home country leading her own research group at the Institute of Experimental Medicine of the Hungarian Academy of Sciences in Budapest. Together with her research group Judit Makara has been working toward explaining the local properties of the receiving dendritic end of the communicating nerve cells. 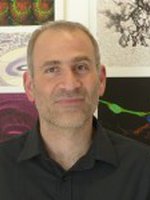 Pierre-Pascal Lenck-Santini is researcher at INMED in Marseille, France. He did his PhD in spatial cognition with Bruno Poucet at Aix-Marseille University then joined the lab of Robert Muller in New York to further study place cells. He then joined the lab of Gregory Holmes in Dartmouth Medical school to study spatial coding deficits in animal models of epilepsy. He later became assistant Professor of Neurological Sciences at the University of Vermont and joined INMED in 2015. His current research interests in integrative neuroscience include spatial cognition, epilepsy, hippocampal function and neural coding. One of his current project is the development of neonatal hippocampal sharp waves. 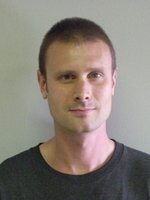 Alex Roxin is a group leader at the Centre de Recerca Matematica in Barcelona, Spain. He and his group are interested in the dynamics of cortical microcircuits using computational modeling.  In particular, they study the role of the recurrent connectivity in shaping spontaneous activity in models of cortical microcircuits.  They also study models of memory formation and memory consolidation in order to explore the computational limits of biological memory systems and shed light on the physiological mechanisms involved in memory in the animal brain. Recently he and his group uncovered the role of theta oscillation in generating replay sequences through spike-timing dependent plasticity rules.