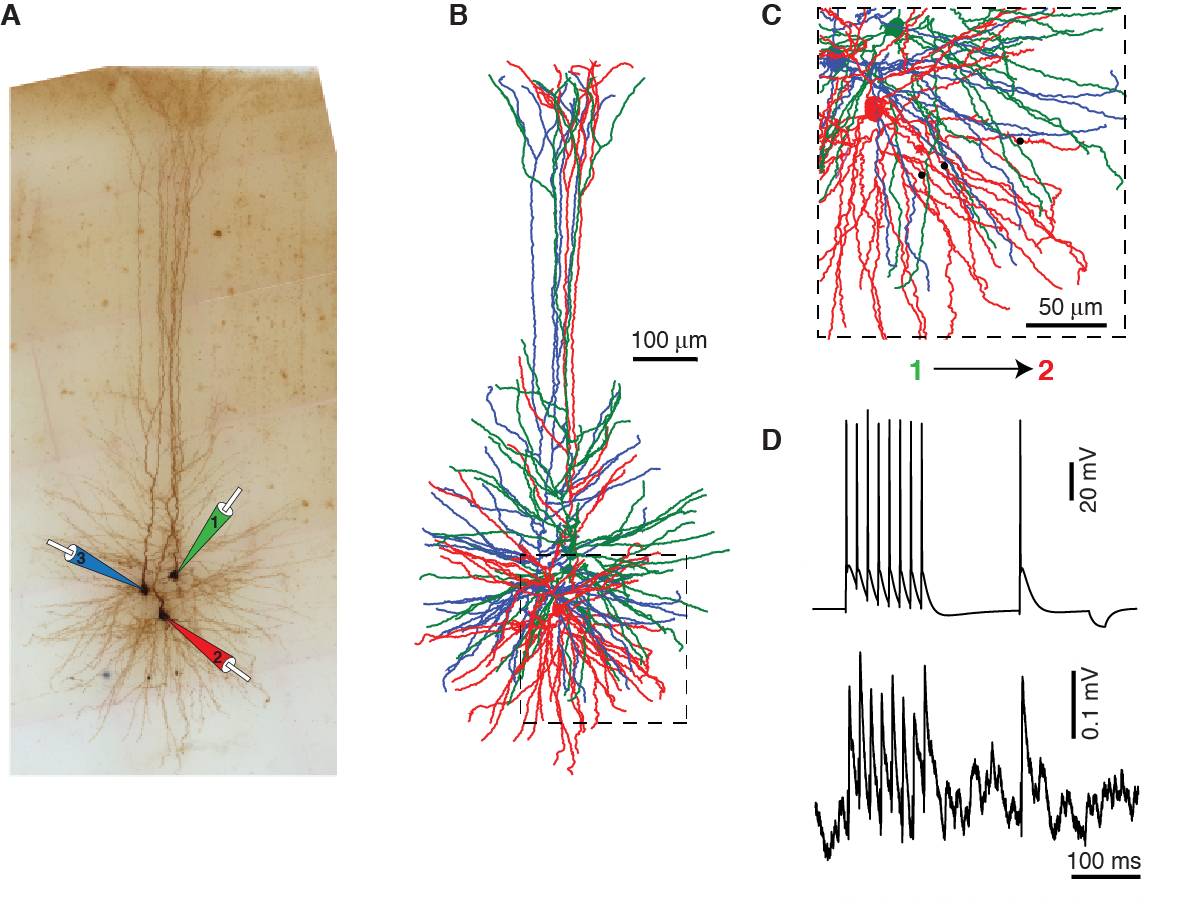 Understanding the human brain is of high priority for humankind, as is manifested by the thousands of studies published every year on the various aspects of the human brain, and by the large-scale projects initiated in the last decade worldwide. This is a challenging task; not only because of the complexity of the brain and the technical difficulties involved, but also because ethical limitations do not allow all of the necessary datasets to be acquired directly from human brains. Consequently, most of our present knowledge of the fine structure of the brain has been obtained from experimental animals. However, certain fundamental structural and behavioural aspects are unique to humans and the functional significance of the human-specific structure should be dealt with by employing a range of specific strategies.

Using biopsy material obtained during neurosurgical treatment for epilepsy, or following the removal of certain brain tumours, we study the micro-structure of the human brain. Integrating a wide range of anatomical and physiological data on human pyramidal cells, we built, and provide, the most comprehensive models of human neurons available today. These models demonstrate that human cortical neurons have distinctive biophysical and computational properties.

Due to the size, complexity, individual variation, paucity of experimental specimens, and limited methods available to study the human brain, the great majority of basic neuroscience research focuses on model organisms with the assumption of conservation across mammalian species. This assumption has been costly, as the vast majority of preclinical trials based on rodent studies are unsuccessful, and it is clear that a renewed focus on the human brain is essential in order to identify features that are conserved and divergent across species.

One of the major tasks of the HBP is to simulate the rodent brain; but what can be learnt from that on the human brain? Here, we characterise the biophysical and computational properties of human neurons. Are human neurons similar to rodent neurons? What are the differences? How may we integrate these into the simulations? And may these differences explain the cognitive capabilities of humans?

We provide the most comprehensive models of any human neuron to-date. These models have shown that human neurons are indeed distinctive. They have unique membrane properties, very strong synaptic conductances, and the ability to support many non-linear dendritic sub-units. These, together with the large number of excitatory synapses/cell (~30,000), equip human pyramidal cells with enhanced computational capabilities.

In 2016, we published passive models of human L2/3 pyramidal cells. These models showed that the specific membrane capacitance (Cm) of these neurons is ~0.5 µF/cm2, half of the commonly accepted 'universal' value (~1 µF/cm2) for biological membranes.

In 2018 we have extended the passive models of human L2/3 and estimated also the synaptic properties, in particular the NMDAR-kinetics, as well as the properties of the ion channels underlying the somatic/axonal spiking mechanisms.

InSGA3,  we plan to to extend the above models to include dendritic nonlinearities for L2/3 human pyramidal cells as well as to develop models for CA1 human neurons. We also plan to extend the research to model other neurons in the human cortex, including inhibitory neurons, and to build a model for each of them. These modeled human neurons will be compared to models of the respective rodent’s neurons

The models are based on a tight collaboration between three groups in the HBP.

The following people and their teams are currently the main contributors of this effort:

Model use: If you simply want to use some of the results of our work (e.g. take a human pyramidal neuron for a spin, reveal its computational significance) you can go to the EBRAINS Cellular Level Simulation Platform and run one of the models. Alternatively, you can download data and models as indicated in the Resources box.

Participate in community modelling: We would be happy to hear from you. If you would like to get involved and contribute to our community effort, please contact any of us to discuss our common interests.