Project Description and Collaboration with the HBP

Prepulse inhibition (PPI) of the startle is an extensively studied disease phenotype that is associated with many mental disorders. PPI is a phenomenon where the startle response, i.e., an involuntary contraction of muscles caused by a strong sensory stimulus, is weakened by presenting a relatively weak sensory stimulus (prepulse) 30–500 ms in advance. Several studies have shown that PPI is diminished in schizophrenia patients (Turetsky et al. 2007). Due to the startle network being very similar across mammalian species, the PPI system has been characterized in close detail in animal studies and the major brain areas and neurotransmitter systems involved are known (Swerdlow et al. 2001). However, a computational framework for testing different mental disease-associated mechanisms is still missing. Here, we propose to build a subcellular- to whole-cell-level computational model that allows studying how hypothesized disease-related genetic or metabolic abnormalities map to observable behavioural PPI deficits, or by contrast to enhanced PPI, in neurons that are central in the startle network. This will allow systematic testing of disease mechanisms for mental disorders, and in particular for schizophrenia, which has been previously associated with genetic variants in many genes central to neurotransmission (Devor et al. 2017) and where the PPI of the startle is a well-established disease phenotype.

The aim of the project is to build a subcellular- to whole-cell-level computational model that allows studying how hypothesized disease-related genetic or metabolic abnormalities map to observable behavioural PPI deficits in neurons that are central in the startle network. 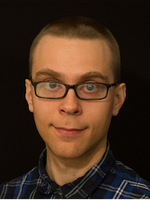 Dr. Tuomo Mäki-Marttunen (Tampere University) is an early-career principal investigator with a focus on biophysically and biochemically detailed neuron modelling. His main area of research is cortical information processing in health and mental disease, both at a sub-cellular, cellular and network levels. He recently received a starting grant from Academy of Finland to study the mechanisms of schizophrenia-associated phenotypes by computational modelling. 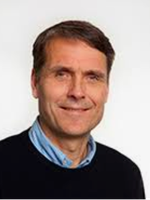 Prof. Ole A. Andreassen (University of Oslo) is a leading researcher in psychiatric genetics, brain imaging, clinical pharmacology, and pharmacogenetics. Prof. Andreassen is the leader of NORMENT , a Center of Excellence funded by Research Council of Norway, and is a long-standing member of the coordination group of the Psychiatric Genomics Consortium. 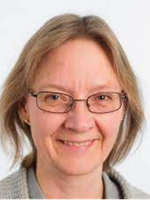 Prof. Jeanette Hällgren Kotaleski (KTH Stockholm) is an expert in mathematical modelling of information processing, rhythm generation and learning in motor systems – basal ganglia in particular. She is the leader of the Swedish node of the International Neuroinformatics Coordinating Facility (INCF) and has been a principal investigator in the Human Brain Project since its start in 2013. 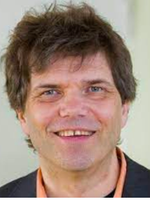 Prof. Gaute T. Einevoll (Norwegian University of Life Sciences) is an expert in computational neuroscience with a special focus on modelling of local field potentials and EEG based on neuronal spiking activity. He has been a co-leader of the Norwegian node of the International Neuroinformatics Coordinating Facility (INCF) since 2007, and has been a partner in the Human Brain Project since its start in 2013. 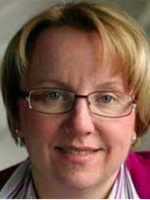 Prof. Marja-Leena Linne (Tampere University) is an expert in computational neuro- and glioscience with a focus on developing models of biological neural networks, cells and signal transduction pathways. Her areas of interest include cellular excitability, activity dynamics and neurotransmission as well as growth, plasticity and learning in the brain. She is a core member of the Human Brain Project, where she contributes to the development of neuroscience infrastructure in theory, simulation and neuromorphic engineering and develop computational models of glial-neuronal interactions.