NEST Desktop enables the rapid construction, parametrization, and Instrumentation of neuronal network models typically used in computational neuroscience. The primary objective is to provide a tool of classroom strength that allows users to rapidly explore neuroscience concepts without the need to learn a simulator control language at the same time.

In the past few years, we have developed a web-based graphical user interface (GUI) for the NEST simulation code of the HPAC: NEST Desktop. This GUI enables the rapid construction, parametrization, and instrumentation of neuronal network models typically used in computational neuroscience. The primary objective of our development was to create a tool of classroom strength that allows non-specialists to rapidly explore interesting neuroscience concepts without the need to learn a simulator control language at the same time.

To date, we have used NEST Desktop very successfully in two different courses at the university of Freiburg addressing students at the bachelor, master, and graduate level with diverse background including biology, physics, computer science and engineering (Single Neuron Modelling and Biophysics of Neurons and Networks). NEST Desktop replaced the Mathematica notebooks we used for many years. With the new tool, we observed much faster learning progress than before, and a strong motivating effect on the side of the students.

Currently, NEST Desktop requires a full NEST installation on the user's machine, limiting uptake by a non-expert audience, and limiting the networks studied to such that can be simulated on a laptop. To ease the use of NEST Desktop and the range of simulations possible with NEST Desktop, we want to separate the GUI from the simulation kernel, rendering the GUI in the web browser of the user, while the simulation kernel is running on a centrally maintained server. 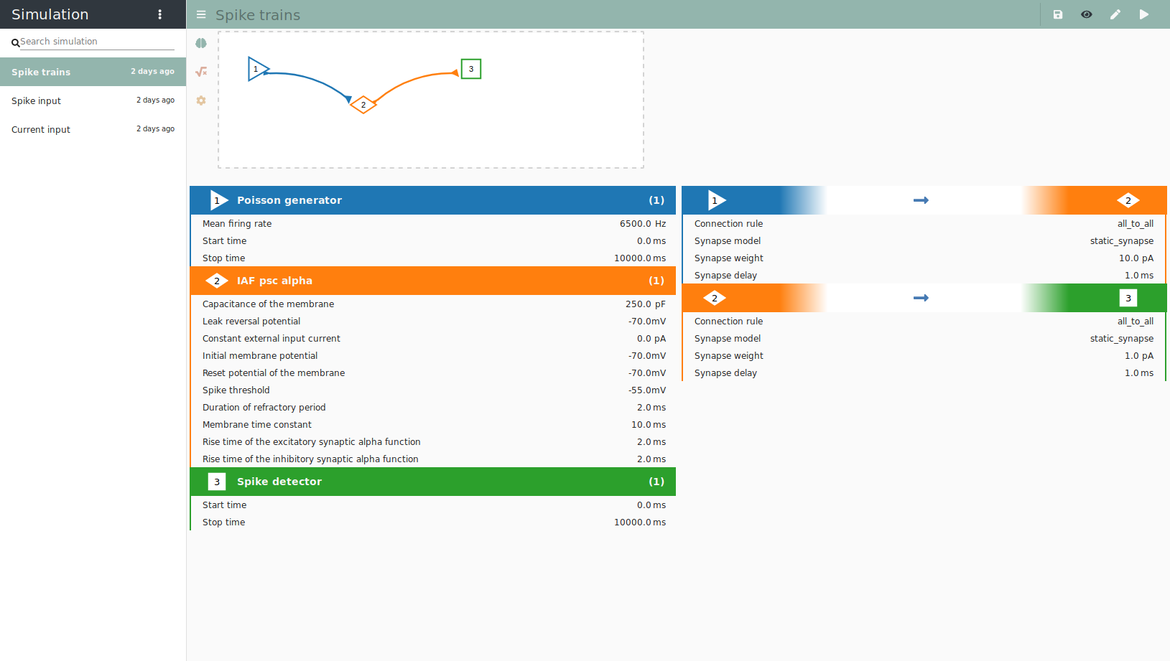 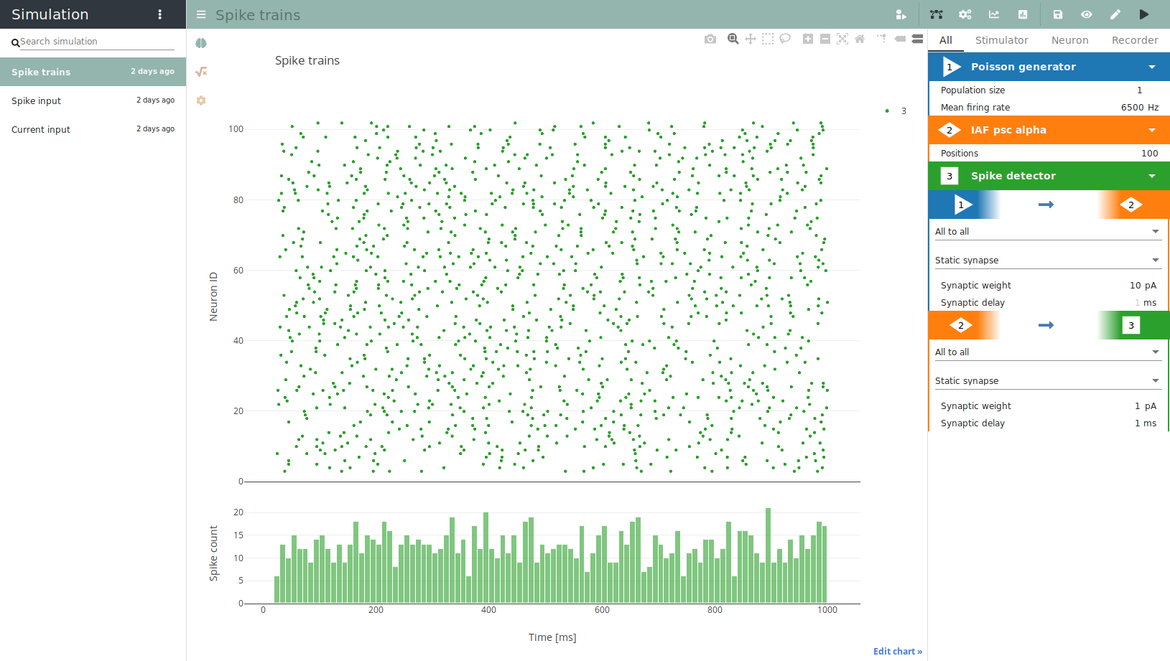 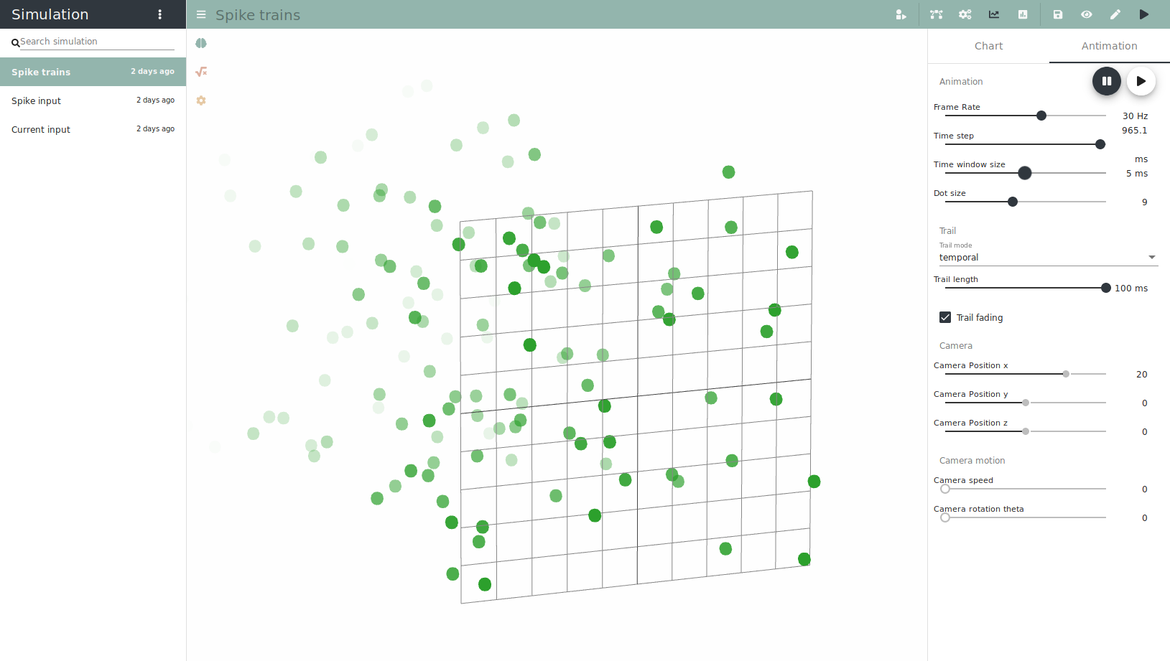 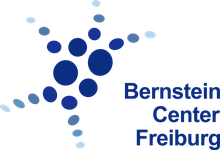 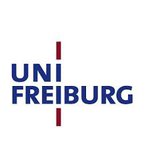 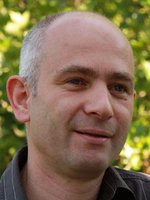 Stefan Rotter is currently the Managing Director of the Bernstein Center Freiburg, an interdisciplinary research facility for Computational Neuroscience and Neurotechnology at the University of Freiburg. He holds a Diploma in Mathematics, a PhD in Physics, and since 2008 he is Professor of Computational Neuroscience at the Faculty of Biology. The long-term goal of his research is to develop a theory of functional brain networks, which also supports a better understanding of the neuronal mechanisms underlying some brain diseases. In his work, large-scale numerical simulations are a very important research tool, but they are also a very suitable vehicle to teach students at all stages the concepts and results of modern computational neuroscience. 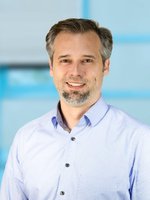 Benjamin Weyers is currently assistant professor at the University of Trier, Germany, and head of the Human-Computer Interaction Group. From 2013 to 2019, he was postdoctoral researcher at the Virtual Reality and Immersive Visualization group at the RWTH Aachen University. He received his PhD in 2011 at the University of Duisburg-Essen in Computer Science. He is interested in the development and research on interactive analysis methods for abstract and scientific data using immersive systems as well as the integration of VR and AR into everyday work environments. Additionally, he focuses on the development and use of formal methods for the description of interactive systems. 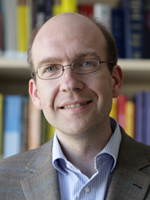 Markus Diesmann is the director of the Institute of Neuroscience and Medicine (INM-6, Computational and Systems Neuroscience), the Institute for Advanced Simulation (IAS-6, Theoretical Neuroscience), and the JARA-Institut Brain structure-function relationships (INM-10) at Forschungszentrum Jülich, Germany, where he heads the Group on Computational Neurophysics. He is also full professor in Computational Neuroscience at the School of Medicine, RWTH University Aachen, Germany. He studied physics at the Ruhr University Bochum, Germany, and carried out his PhD studies at Weizmann Institute of Science, Rehovot, Israel, and Albert-Ludwigs-University, Freiburg, Germany. His main scientific interests include the correlation structure of neuronal networks, models of cortical networks, simulation technology and supercomputing. He is one of the original authors of the NEST simulation code and a member of the steering committee of the NEST Initiative. 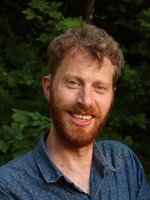 Sebastian Spreizer is currently PhD in biology at the University of Freiburg, Germany. In 2013 he graduated diploma in biology at the University of Freiburg. Since 2014 he is studying on activity dynamics of large-scaled neuronal networks and his research focuses on mechanism of connectivity structure producing activity sequences in both EI- and I-network models experimentally observed in various brain regions e.g. basal ganglia, hippocampus, amygdala. He is a passionate software developer for GUI application that visualizes activity dynamics of the neuronal networks.