Memory determines the uniqueness of our personal history, and is decisive for each individual to survive and prosper. It is a multistate process that includes encoding, consolidation and retrieval. Impairment of memory processing may result in intrusive ideation, triggering maladaptive responses that are key symptoms of psychiatric disorders such as generalized anxiety, obsessive-compulsive disorders, post-traumatic stress disorder and phobias. Insights leading to better treatments of these diseases can be gained by understanding the neurobiology of emotional memory. Several neurotransmitters contribute to memory formation and in particular, the integrity of the hypothalamic histamine (HA) system is necessary for the different phases of emotional memory formation and retrieval. HA neurons are organized into functionally distinct circuits, display selective control mechanisms and impinge on different brain regions involved in memory, including amygdala, prefrontal cortex and hippocampus. HA neurotransmission is critical to provide the brain with the plasticity necessary to store and retrieve memories through recruitment of alternative circuits.

Despite the extensive literature reporting the importance of brain HA in learning and memory, a detailed map of HA pathways that are recruited at different time points during memory formation and retrieval is currently not available. HA-CTion aims at elucidating how brain HA networks and selected ligands of HA receptors modulate emotional memory. The project poses particular emphasis on H1 receptor (H1R) ligands, as antagonists of this receptor are among the most used drugs worldwide, and on new H3R compounds. These ligands have memory impairing or memory enhancing effects, respectively, that could be exploited to modulate emotional memory. In this respect, animals are crucial to bridge the translational gap between preclinical and clinical research, as the basic architecture of emotional memory and its mechanisms are conserved across species. HA-CTion will use a validated preclinical model, the inhibitory avoidance test, to establish a strong emotional memory in mice. HA-CTion will analyse the architecture and function of circuits that link hypothalamic HA neurons to its target neurons (e.g., in the prefrontal cortex, hippocampus or amygdala) implicated in the processing of emotional memory consolidation and retrieval. The proposal is built on close cooperative actions of 4 partners from 3 EU countries. The combined use of new neuroanatomical, chemogenetic and photo-pharmacological tools will uncover previously unidentified HA brain circuitries and mechanisms involved in emotional memory consolidation and retrieval with unprecedented temporal and spatial resolution.

The overall aim of the HA-CTion project is to set the physiological and anatomical bases for the discovery of new potential therapeutic targets for various psychiatric disorders, including generalized anxiety, obsessive-compulsive disorders, PTSD and specific phobias.

Furthermore, by using multidisciplinary and innovative approaches HA-CTion will offer a conceptual framework to be implemented in other fields of behavioural neurobiology in need of neuroanatomical and neurophysiological explanation. In this regard, our project is a well balanced and interconnected example of front-line technologies applied in this case to the neurobiology of the brain histaminergic system that has been neglected for several years. 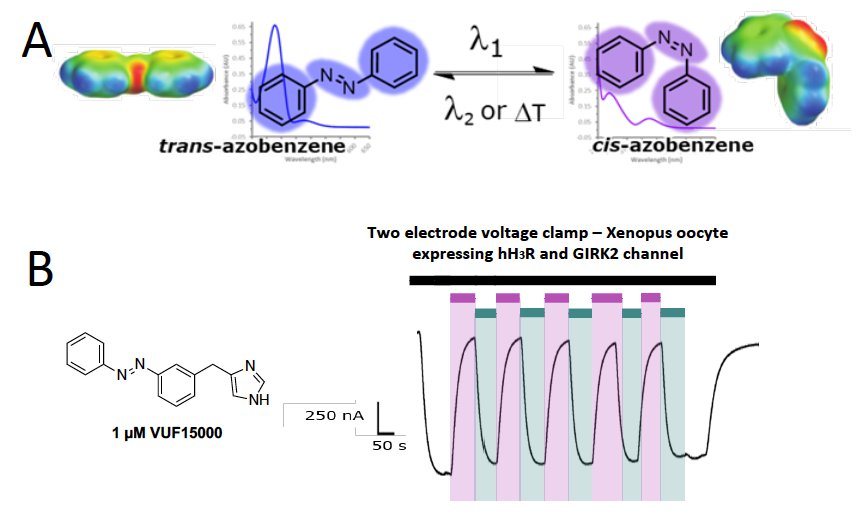 Schematic drawing of the photo-switchable azobenzene unit, that can photo-switch between 2 conformers with different shape, size and distibution of charge. B VUF15000 is a new azobenzene containing H3R agonist (Hauwert et al., 2019), that can be converted from trans-to-cis by illumination with UV light (360 nm, purple shade), thereby losing its ability to activate H3Rs, as measured by GIRK2 channel activation. Conversion from cis-to-trans can be performed with 434 nm (green shade) and results in activation of the H3R again. 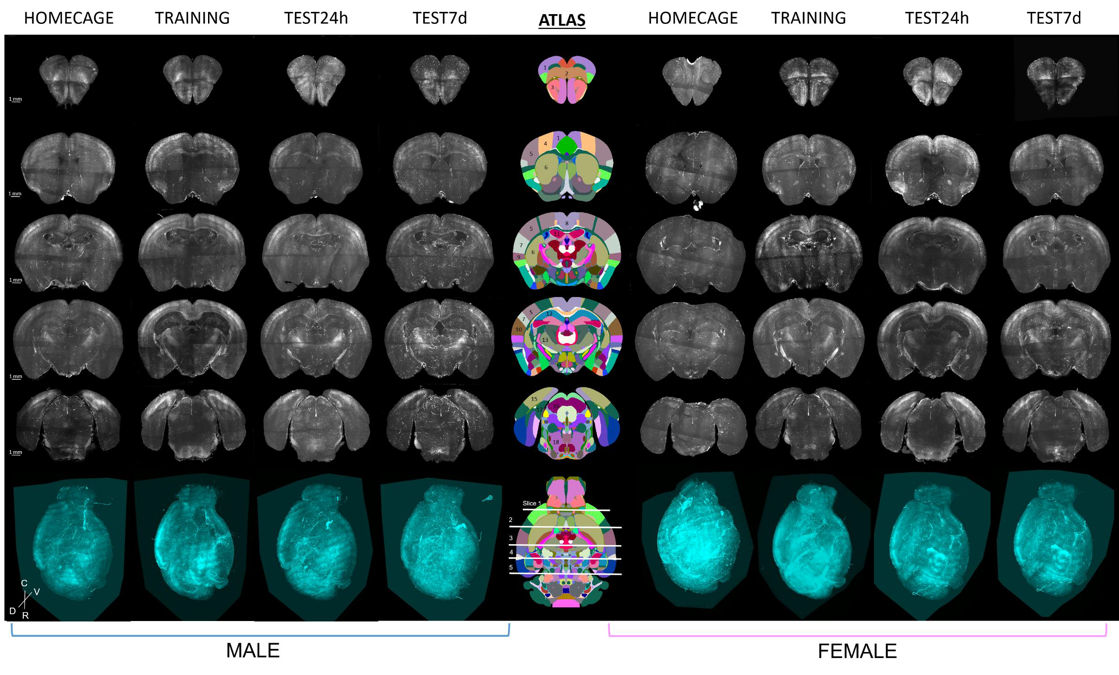 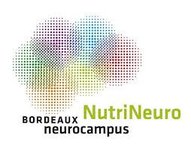 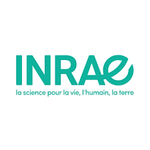 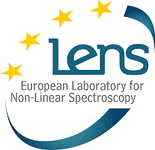 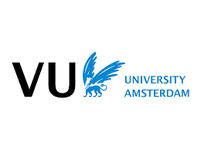 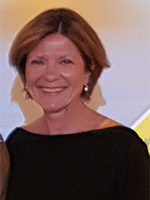 Prof. Beatrice Passani received her Master degree in Psychobiology at the University of Irvine, CA (1986) and her Doctorate degree in Biological Sciences at Columbia University in New York (1993). She is now Associate Professor at the University of Florence (Italy). She has over twenty year experience in basic neuropharmacology research, focusing mainly on the role of brain HA in different cognitive and homeostatic functions in rodent models. The laboratory of B. Passani is engaged in parallel projects aimed at understanding the relevance of brain histamine in controlling learning and memory processes, eating behaviour, and stress. She and her team have been working on the hypothesis that the brain histaminergic system serves as a gateway for peripheral and central signals (being these food searching, social encounters, activation of mnemonic pathways,) to orchestrate the appropriate behavioural responses. She recently expanded her interests trying to understand the role of the HA system in the gut-brain axis and stress-induced cognitive deficits. 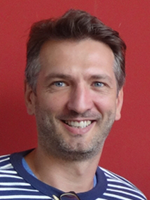 Prof. Guillaume Ferreira has received a Master degree in Neuroscience from Paris University, France (1996) and a PhD in Behavioral Neuroscience from Tours University, France (2000). After a post-doc position at UNAM in Mexico (2001), he was appointed as research scientist (eq. assistant professor) at INRA in Tours, France, and moved to NutriNeuro lab in Bordeaux in 2009 (eq. associate professor). He was appointed as research director (eq. Professor) in 2016 and since then he is co-leading the team “Nutrition, Memory & Glucocorticoids”. Guillaume Ferreira has an extensive experience in the study of the neural bases of memory processes. In particular, he extensively uses tools, including chemogenetics and mutant mice, that allow cell-specific manipulations to disentangle the implication of discrete neuronal populations in the various phases of memory formation and retrieval (Busquets-Garcia et al., 2018; Parkes et al., 2018; Terral et al., 2019). 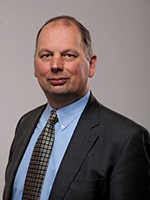 Prof. Dr. Leurs has received a Master Degree in Chemistry (1987) and a PhD in Medicinal Chemistry (1991) from the Vrije Universiteit Amsterdam. As a postdoctoral fellow at INSERM in Paris (U109, Unité de Neuroscience et Pharmacologie) he was involved in the cloning of genes encoding histaminergic and serotonergic receptors. In 1993, he was awarded with a 5-year fellowship of the Royal Netherlands Academy of Arts and Sciences. Leurs was appointed as assistant and full professor of the Division of Medicinal Chemistry in respectively 1998 and 2000. The research group was selected as one of the few Dutch centers of excellence in Chemistry in 2014 in 2016, Leurs has been appointed as an elected member of the Royal Netherlands Academy of Arts and Sciences. Leurs has been heavily involved in research on G-protein coupled receptors, with specific emphasis on ligands and receptor proteins for histamine and chemokines. Moreover, he is co-founder of Griffin Discoveries, a company that is valorizing the G-protein coupled receptor expertise and is currently involved in the discovery and development of GPCR receptor ligands. The Medicinal Chemistry research group at VUA led by Rob Leurs is a world-leader in GPCR medicinal chemistry, according to recent research and educational assessments. The MC researchers are investigating GPCR proteins and ligands (small molecules, nanobodies), with a particular focus on GPCR photo-pharmacology and histamine receptors. 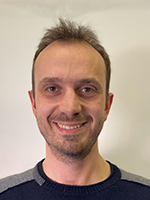 Dr. Ludovico Silvestri has received a Master Degree in Physics from the University of Pisa, and then a PhD in Spectroscopy from the University of Florence. After spending several years in the National Institute of Optics of the Italian National Research Council, he is now Assistant Professor at the Department of Physics of the University of Florence, and Junior Group Leader at LENS. He gave significant contributions to light-sheet microscopy of cleared specimens, including confocal line detection ,real-time autofocus and Bessel beam illumination. He also worked on data analysis tools to extract quantitative information from large-scale microscopy images. The biophotonics lab @ LENS has a long-lasting expertise in optical microscopy applied to neuroscience. In the field of whole-brain imaging, the lab fully masters the entire experimental pipeline ranging from tissue preparation (introducing 2’2-thiodiethanol as a clearing agent), to imaging (with significant contributions to the development of light-sheet microscopy), to image processing (with the development of cell localization methods based on deep learning). Besides this specific expertise, LENS can provide widespread competence in optics, chemistry and data analysis, which can help solving unforeseen problems during the project.