The first days after birth in ferrets provide a privileged view of the development of a complex brain. Unlike mice, ferrets develop a rich pattern of deep neocortical folds and cortico-cortical connections. Unlike humans and other primates, whose brains are well differentiated and folded at birth, ferrets are born with a very immature and completely smooth neocortex: folds, neocortical regionalisation and cortico-cortical connectivity develop in ferrets during the first postnatal days.

After a period of fast neocortical expansion, during which brain volume increases by up to a factor of 4 in 2 weeks, the ferret brain reaches its adult volume at about 6 weeks of age. Ferrets could thus become a major animal model to investigate the neurobiological correlates of the phenomena observed in human neuroimaging. Many of these phenomena, such as the relationship between brain folding, cortico-cortical connectivity and neocortical regionalisation cannot be investigated in mice, but could be investigated in ferrets. Our aim is to provide the research community with a detailed description of the development of a complex brain, necessary to better understand the nature of human neuroimaging data, create models of brain development, or analyse the relationship between multiple spatial scales.

We have already started a project to constitute an open, collaborative atlas of ferret brain development, integrating multi-modal and multi-scale data. We have acquired data for 28 ferrets (4 animals per time point from P0 to adults), using high-resolution MRI and diffusion tensor imaging (DTI). We have developed an open-source pipeline to segment and produce – online – 3D reconstructions of brain MRI data. We propose to process the brains of 16 of our specimens (from P0 to P16) using high-throughput 3D histology, staining for cytoarchitectonic landmarks, neuronal progenitors and neurogenesis. This would allow us to relate the MRI data that we have already acquired with multi-dimensional cell-scale information. Brains will be sectioned at 25 µm and scanned at 0.25 µm of resolution, and processed for real-time multi-scale visualisation.

We will extend our current web-platform to integrate an interactive multi-scale visualisation of the data. Using our combined expertise in computational neuroanatomy, multi-modal neuroimaging, neuroinformatics, and the development of inter-species atlases, we propose to build an open-source web platform to allow the collaborative, online, creation of atlases of the development of the ferret brain. The web platform will allow researchers to access and visualise interactively the MRI and histology data. It will also allow researchers to create collaborative, human curated, 3D segmentations of brain structures, as well as vectorial atlases. Our work should provide a first integrated atlas of ferret brain development, and the basis for an open platform for the creation of collaborative multi-modal, multi-scale, multi-species atlases. 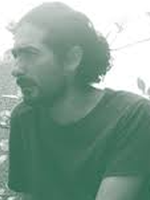 Roberto Toro is leader of the group of applied and theoretical neuroanatomy at the unit of human genetics and cognitive function, department of neuroscience of the Institut Pasteur. After a degree in engineering, he obtained a Master and a PhD in Neuroscience at the University of Paris 6, France. He is interested on the development and evolution of the brain, which he studies through mathematical modelling, magnetic resonance imaging and genomics. 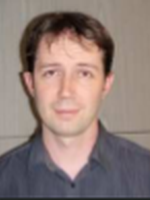 Thierry Delzescaux has a PhD in image processing, and is researcher at the CEA. He specialises in preclinical research (experimental models), image processing in neurodegenerative diseases (Alzheimer's, Parkinson's, Huntington's), multimodal co-registration of in vivo (PET, MRI, CT) and post mortem (histology, autoradiography, immunohistochemistry) brain images, 3D reconstruction and image analysis of post mortem / ex vivo data, anatomo-functional studies in rodents and primates. Thierry Delzescaux is coordinator of the BrainRAT project (Brain Reconstruction and Analysis Toolbox) developed by the image processing team of the MIRCen and integrated into BrainVISA software. 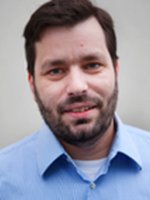 The overall goal of my research is to understand how information is processed in the brain and what the role of oscillations ('brain waves') is. Understanding the mechanistic role of oscillations is both important for cognitive processes in the healthy brain as well as for determining the mechanisms underlying impairments in the diseased brain. I aim to achieve these goals by building computational models of the cortex and develop methods to analyze the signals produced by these simulations as well as signals recorded from the brain. I am also involved in experiments where these computational principles are tested using a variety of approaches including optogenetics. Data sharing is not only important for making the best use of available data, even if these are collected by different researchers, but it can also ensure data integrity and reproducibility. Hence, my aim is to help develop policies and procedures to achieve data sharing in the neuroscience/cognition domain. 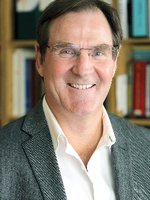 Professor Alan Evans did his PhD in biophysics at Leeds University in the UK, studying 3D protein folding. He spent 5-year at Atomic Energy of Canada, working on the physics and analysis of PET images.In 1984, he moved to the Montreal Neurological Institute (MNI) at McGill where his research interests include multi-modal brain imaging with PET and MRI,structural network modeling and large-scale brain databasing. He has published 540 peer-reviewed papers (ISI h-index = 118 ; Google h-index =164) and has held numerous leadership roles, most notably as Director of the McConnell Brain Imaging Centre (BIC) during the 1990's. Dr. Evans is a founding member of the International Consortium for Brain Mapping (ICBM). He was one of the founders of the Organization for Human Brain Mapping (OHBM), serving in numerous positions on the OHBM Council since 1995. He chaired the 4th International Conference on Human Brain Mapping in 1998 and is OHBM Chair for 2016-2017. In 2003 he received a CIHR Senior Scientist Award. In 2014, he was awarded the national Margolese Prize for Research into Human Brain Disorders, the Vezina Prize for Québec Neuroradiology and recognition as a Highly Cited Scientist (top 1%) for Neuroscience and Behaviour (102,816 citations, Google Scholar). In 2015, he was inducted as a Fellow of the Royal Society of Canada. He is currently Co-Director of the Ludmer Centre for Neuroinformatics and Mental Health. He headed theData Coordinating Center for the NIH-funded multi-center MRI study of normal pediatric development. This project provides a web-accessible referencedatabase of normal maturation. The technologies developed here, notably (i) web-based imaging/behavioural database, LORIS (ii) automated MRI segmentation pipeline, (iii) brain-behavior correlation analysis, are now used in many multi-centre networks studying abnormal pediatric development and neurodegeneration. He leads network projects in grid-processing of large brain databases, both nationally and internationally (CBRAIN). He is Founder and Director of Biospective Inc.,(www.biospective.com), a CRO that offers 3D image analysis for clinical/pre-clinical pharmaceutical studies.