PrimCorNet will combine experimental and modeling work to explore how local and large-scale dynamics are shaped within and across primate visuo-parieto-frontal cortical networks.

We will examine the effect of different brain states at multiple levels of neuronal activity ranging from spiking activity of neurons in different cortical layers to inter-areal interactions. Experimental data will be used to refine and extend a recently developed multi-scale spiking network model of macaque visual areas to include motor and premotor areas, using layered microcircuits.

Understanding the human brain and its dysfunctions constitutes a core objective of the Human Brain Project (HBP). One of the greatest challenges is to understand how differences in the anatomy and organization of local circuits and large scale networks across brain areas give rise to neuronal activity profiles that mediate successful behavior. Studies of the visual pathways in non-human primates (NHPs) have provided the most comprehensive models of network organization involving multiple cortical areas and integrating local and long-range connectivity constraints. Although these models greatly improve our understanding of the cortical circuitry for visual information processing, they cannot readily generalize to other functional networks with distinct structural and functional properties. Notably, it is unknown whether the experimentally observed and modeled patterns of interactions can be generalized to include the fronto-parietal network, which is considered the core coordinator of activity of other networks in a task- and state-dependent manner in primates.

In the proposed project we will combine experimental and modeling work to explore how local and large-scale dynamics are shaped within and across distinct fronto-parietal and visual areas. To this end, we will employ large-scale, layer-resolved, simultaneous recordings across frontal, parietal and visual areas of NHPs during different states of arousal and predictability. Our goal is to examine the effect of different states at multiple levels of neuronal activity ranging from spiking activity of neurons in different cortical layers to inter-areal interactions. The experimental data will be directly employed to refine and extend a recently developed multi-scale spiking network model of macaque visual areas to include motor and premotor areas, using layered microcircuits of simplified neuron models with the full density of neurons and synapses for all areas. This will result in a model including visual, motor and prefrontal areas in one hemisphere of macaque cortex, constrained with multi-scale electrophysiological activity data from multiple areas across several brain states. This combined experimental and modeling effort will clarify the organization of neural circuits that involve the fronto-parietal network and its contribution to different states of consciousness in order to facilitate a better understanding of how distinct functional architectures shape cognition.

Particular emphasis will be placed on fronto-parietal areas which are known to be profoundly influenced by cognitive state. We will provide the scientific community with robust fronto-parietal electrophysiological datasets at a high temporal and spatial resolution that will complement and extend the existing knowledge on cortical organization beyond the visual cortex. These data along with data from visual cortices will be used to refine recent models of visual network organization and extend them to describe cortical networks for visuo-motor integration and executive functions. We will challenge these models by investigating their response to brain state changes in relation to different levels of arousal and predictability in order to shed light into how local circuits shape local and global dynamics.

The integrative view of PrimCorNet on visuo-parieto-frontal dynamics across brain states with both electrophysiology and modelling will provide a unique contribution to the HBP’s aim of supporting an integrated multi-scale understanding of the brain. The corresponding electrophysiological data and validation tools will be shared, enhancing the HBP’s scope in terms of tools for future neuroscience and model development. PrimCorNet will further contribute to the neuroscientific validity of the visuo-parieto-frontal cortical network model that is planned as a use case for large-scale simulations using high-performance and neuromorphic computing (NEST, SpiNNaker). Finally, the multi-area cortical model will flow into visuomotor architectures including cerebellar and basal ganglia components, which will be brought to the HBP’s neurorobotics platform. 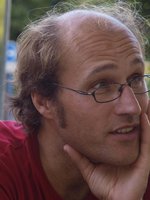 Thomas Brochier is CNRS Research Director (DR2) working at the Institut de Neurosciences Timone (INT) operated by the CNRS and Aix-Marseille University and directed by Guillaume Masson. He is currently head of the Cognitive Motor Control team (CoMCo) at INT and french PI of the CNRS international research program (IRP 1187, 2017-2020) between the INT and the Forschungszentrum Jülich INM6 in Germany. He is also director of the newly created Mediterranean Primate Research Center (MPRC, UMS CNRS-AMU 2018), a service unit supporting research projects in non-human primates. Its scientific projects aim to characterize the functional properties of visuomotor networks for the preparation and execution of complex reaching and grasping movements. He has long-standing expertise in cortical recordings and analyses of electro-physiological data from cortical motor areas in behaving monkeys, including the use of implanted multi-electrode arrays. He is coordinating together with Bjørg Kilavik the MSCA Innovative Training Network In2PrimateBrains (2021-2025).

Bjørg Kilavik received a Master degree in Physics at NTNU in Trondheim, Norway (1998), and a PhD in Biology at University of Tübingen, Germany (2002). After post-doc positions at University of Verona (Italy), at Université de la Méditerranée (Marseille, France), and at RIKEN Brain Science Institute (Wakoshi, Japan), she was appointed as CNRS Research Scientist in 2011 and currently works at the Timone Neuroscience Institute (CNRS & Université Aix-Marseille).

She has more than 20 years’ experience in neuroscience research including the non-human primate (NHP) model. Her PhD work focused on sub-cortical mechanisms of vision in marmosets and owl monkeys, with an inter-species comparative approach. Her post-doc work focused on neuronal substrates for selective attention in macaque visual cortex, and for visuomotor integration in macaque motor cortex. Her current work is aimed at understanding local and large-scale dynamics of visuomotor integration and attention in NHP cortical networks. Experimental techniques include multi-area laminar recordings of spiking activity and local field potentials in NHPs engaged in complex visuomotor behavior, enabling the study of local (intra- and inter-layer) as well as large-scale (inter-areal) network dynamics. 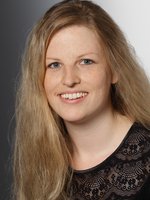 Sacha van Albada is Junior Professor for Computational Neuroanatomy at the University of Cologne and group leader at Jülich Research Center in Germany. She co-leads the work package on cognitive architectures in the Human Brain Project. Her group combines anatomical and physiological data from a wide range of sources to build neural network models of mammalian cerebral cortex. The aim is to understand relationships between cortical structure and dynamics, and to provide open-source models that serve as research platforms. 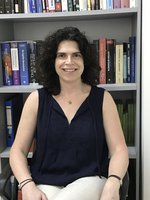 Georgia Gregoriou is currently an Associate Professor of Physiology at the University of Crete, Greece and a Collaborating Faculty at the Institute of Applied and Computational Mathematics of the Foundation for Research and Technology Hellas (FORTH). She obtained her PhD in Neuroscience from the University of Crete and did postdoctoral research in neuroanatomy and neurophysiology at the University of Parma, Italy, the National Institute of Mental Health at NIH and the McGovern Institute for Brain Research at MIT, U.S.A.  Research in her lab focuses on the local and long-range circuits that underlie cognitive functions using behavioral, electrophysiological and computational methods.