The desire to understand large scale brain dynamics, as observed using EEG, MEG and fMRI has prompted the increasing use of computational models [1] and, among these approaches, we find The Virtual Brain (TVB) project [2] ,which makes use of networks of interconnected neural mass models. However, the inability of a single neural mass model to support event-related desynchronisation/synchronisation [3] or to capture the onset of synchronous oscillations in networks of inhibitory neurons [4], reminds us that these phenomenological models could be improved upon. Of course, building more detailed biophysically realistic models of neurons and their interactions would improve this state of affairs, though at a price: the increase of computational complexity increases together with a decrease of our ability to interpret the behaviour of very high dimensional models in a meaningful way.

Even though recent advances in neuroscience has been impressive both at the microscopic scale of cellular biology of neurons, and the macropic scale of whole-brain functionality, the spatio-temporal gap between these two activity scales is enormous. Here we aim at bridging the gap between highly detailed neuron models and population models that describe the dynamics emergent in large neuronal systems, such as brain connectomes. To address this issue we employ a recently developed exact method [5], which allows to rewrite the dynamics of large networks of spiking neurons in terms of few collective variables representing the firing rate and the mean membrane potential of the neuronal populations [6] or their level of synchronization [7]. These next generation neural mass models we aim to implement, are very much in the original spirit of neural mass modelling, yet importantly they can be interpreted directly in terms of an underlying spiking model. This exact derivation is possible for networks of quadratic integrate-and-fire neurons, representing the normal form of Hodgkin’s class I excitable membranes [8], thanks to the analytic techniques developed for coupled phase oscillators [5].

Project Description and Collaboration with the HBP

The project aims to be a clever blend between classic unifying multiscale frameworks and pyramid-style approaches thanks to the following strengths:

In this framework will be developed a next generation neural mass model encompassing short-term plasticity (STP), which has not yet been implemented in TVB.

The resulting plasticity models can then be integrated into single neuron or population models and will serve as a starting point for including more realistic and biologically relevant aspects (e.g. pulsatile interactions or transmission delays). In particular the work plan includes the following steps: a) validation and extension of the next generation neural mass model developed in [9] to take into account finite-size fluctuations of the microscopic synaptic variables [10], synaptic delays [11], electrical coupling via gap junctions [12] and chemical synapses [13]; b) parameter optimization; c) application to Showcase 1 (WP1) in SGA3 to reproduce both resting states and task-related states; d) application to Showcase 2 (WP1) in SGA3 to construct personalized brain models of epileptic patients. 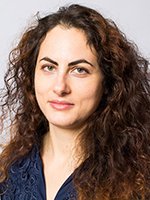 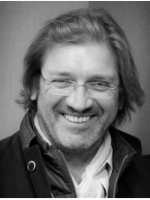 Viktor Jirsa is senior researcher at the Centre National de la Recherche Scientifique (CNRS) in France and Director of the Inserm Institut de Neurosciences des Systèmes (UMR1106 Inserm) at Aix-Marseille University. He has pioneered the field of connectome-based brain modeling and contributed for over 25 years to computational neuroscience at the interface with brain imaging data. Dr. Jirsa has published more than 160 articles and 6 patents with a total of over 14 000 citations and has been awarded international and national research awards including the Francois Erbsmann Prize for biomedical imaging in 2001, the Early Career Distinguished Scholar Award in 2004, and the Grand Prix de Recherche by Provence (PACA, Inserm) in 2018. Dr Jirsa is Scientific Director of the French large-scale multi-site clinical trial EPINOV testing Virtual Brain technologies in Epilepsy surgery with 400 prospective patients. In the Human Brain Project, he leads the workpackage Human multiscale brain connectome, pioneering the European efforts in the use of brain network models for health and personalised medicine. 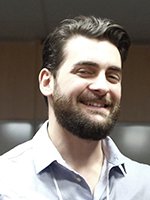 Function in the project: Post doctoral researcher. It is one of my tasks to implement and study the "next generation" neural mass models for large-scale brain simulations.

Bio: I am a Theoretical Physicist working as a Postdoctoral researcher at INS,  Marseille. I obtained my Master degree in Theoretical Physics in 2015 at the University of Pisa. In 2018 I obtained my PhD degree at the University of  Hamburg with a thesis focused on the mathematical study of gravity at the quantum scale. Following a long-standing curiosity, I finally decided to dedicate myself full-time to Neuroscience. My current research interest is the theoretical and computational study of large-scale brain dynamics, with a special focus on the understanding of how stimulation propagates and influences the global rhythms of the brain. The ultimate goal of our research is to understand how to stimulate the brain to cause a predictable and beneficial effect by comparing in vivo experiments with in silico results. 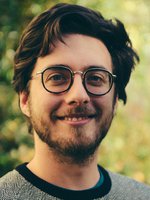 Bio: PhD in computer science focused on the development of efficient and scalable algorithms for the implementation of Brain Network Models. Currently Post-Doc Researcher at INS focusing on studying models of resting state activity through the lens of structured flows on manifolds, and modelling brain response to external perturbations. Actively involved in the coordination of brain network modelling research in the EBRAINS infrastructure.