The left and right hemispheres of the brain are specialized for different functions in most people. Language is a prominent example of a lateralized function, for which the left hemisphere is usually dominant. It is likely that genes specify how the two hemispheres develop and function differently, by affecting how nerve cells carry signals and interact with each other.

The studies will expand our knowledge of the biology of language, from the molecular to the behavioural level. 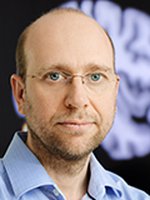 Cyde Francks graduated in zoology from the University of Oxford in 1996. He moved to the Wellcome Trust Centre for Human Genetics, Oxford, where he was a Wellcome Trust Prize doctoral student (DPhil 2002), and then a postdoctoral researcher. During these years he investigated the genetics of dyslexia, handedness and schizophrenia. From 2005 he continued as a visiting fellow at Oxford while working as Medical Genetics Advisor to GlaxoSmithKline (Verona, Italy), during which time he led collaborative academia-industry projects on the genetics of schizophrenia and nicotine dependence. In 2010 he started as Senior Investigator at the new Language & Genetics Department of the MPI Psycholinguistics, focusing on the genetics of language-related disorders and asymmetries of the human brain. Clyde Francks has a tenured W2 (Associate Professor level) position within the Max Planck Society of Germany. His research is funded by the Max Planck Society and by grants for which he is the lead principal investigator, from the Netherlands Organization for Scientific Research (NWO), and a partnering project to the European Commission's Flagship Human Brain Project. 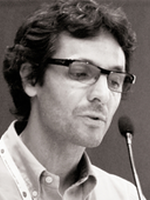 Fabrice Crivello studied signal and image processing before receiving his PhD in biological and medical engineering from Paris XII University in 1997. His PhD topic was on the detection and localization of cerebral activations with positron emission tomography. He then obtained a postdoctoral position in the context of the European Union Program BIOTECH, entitled: “European Computerized Human Brain Database – coord. Per Roland – Karolinska Institute” aiming at building a multiscale and multi-modality neuroanatomical database. He was appointed as a research fellow at the Atomic Energy Commission (commissariat à l’énergie atomique [CEA]) in December 1998 and received his habilitation to conduct research in March 2006. In July 2011 he was appointed to his current position at the Neurofunctional imaging group (GIN) – UMR 5296 CEA-CNRS-Bordeaux University in Bordeaux. Dr. Crivello’s research focuses on the development of neuroanatomical data analysis methods to explore large imaging cohorts. In this context, he coordinates the setting-up, standardization and distribution of the automated procedures dedicated to the extraction of cerebral structural phenotypes (brain volumes for example) from the various neuroimaging databases the GIN is working with. 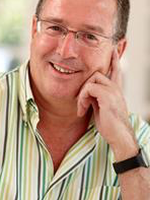 Prof. Manuel Carreiras received his PhD in Psychology from the University of La Laguna, Spain, in 1984. From 1984 to 2008 he worked first as Associate Professor of Psychology than as Professor of Psychology at the University of Laguna. Over the years, he was also a Visiting Researcher at Universities in Sweden, England, USA, Spain and Australia where he gain a lot of research experiences. In 2008 he joined the Basque Center on Cognition, Brain and Language as Scientific Director and is Professor of Research at Ikerbasque, a Foundation for Science in Spain. Prof. Carreiras wrote also a large number of scientific books and articles and won several grants and honors for his work. His research interests are mainly the cognitive and neural processes of human language comprehension in different modalities like reading and speech.