The MAC-Brain project proposes a new, integrated and systematic approach to study Attentional Control in the (human and non-human) primate brain.

The MAC-Brain project proposes a new, integrated and systematic approach to study how multiple priority signals contribute to guiding spatial attention in the primate brain and, most crucially, how these interact with each other. The main aim of MAC-Brain is to develop an innovative and integrated theoretical account of Attentional Control in the human and macaque brain, alongside with generating highly standardized, multimodal datasets for translation into a comprehensive computational framework, with the collaboration and at the service of computationally-oriented HBP platforms.

Mechanisms of Attentional Control (AC) have been extensively investigated in primates, especially in humans, showing that several factors determine how the brain selectively processes incoming sensory information and targets motor output to behaviorally relevant objects in the environment. AC can be considered as an overarching mechanism that integrates signals from multiple cognitive domains (such as sensory-perceptual, memory, motivation, emotion) in order to assign processing priorities to specific sensory inputs and gate motor response selection in the service of goal-oriented behavior, thus acting at the core of visuo-motor integration processes. Available data already identified neurophysiological correlates of different factors contributing to AC, but the highly specialized nature of previous experiments has prevented a systematic study of the interactions between these factors. Moreover, studies in humans and behaving macaques have been typically optimized according to different constraints, holding back the integration of system-level human data and cellular-level monkey data within a single framework. To fill these major gaps in the current understanding of AC, our research program has been conceived with the aim to achieve two clear-cut strategic objectives: 1) Generating a set of highly standardized protocols for investigating the unique and combined influence of specific priority signals, including sensory, cognitive, experience-based and value-related factors, within a highly coherent experimental framework across species (humans/monkeys) and techniques. 2) Gathering a cross-species, multi-dimensional dataset associated with the neural implementation of these priority signals, as obtained by a collection of methodological approaches characterized by highly diverse spatial and temporal resolution (behavior, EEG, TMS, fMRI and electrophysiological recordings).

The main scientific goal, and foreseen theoretical advancement, of the project will be that of uncovering the functional architecture of attention and to unveil the degree of independence vs. synergy between different priority signals and, ultimately, to understand the role of functional segregation vs. integration/convergence in the brain's implementation of AC. Specifically, we will directly address the issue of whether different priority signals act as fully independent sources of AC, each taking precedence at any given time, or whether they exert synergistic effects (as implemented by linear summation algorithms or more complex computations). In pioneering the development of an integrated theoretical and computational account of AC, the proposed research will provide new constraints for validating and extending existing neural simulations of visuo-motor integration, and insights for the development of theoretical models linking observations at the neuronal level with data on network dynamics, thus being of immediate value for computation-oriented units of the HBP consortium.

MAC-Brain was assigned a mentor within the HBP Consortium, Prof. Lars Muckli, Professor of Visual and Cognitive Neurosciences at the Institute of Neuroscience and Psychology of the University of Glasgow, and Deputy Leader of the HBP Subproject 3. The fruitful interaction with Prof. Muckli was the basis for the planning and organization of a joint Workshop, “Perception and attention mechanisms in the primate brain: An integrated, multi-component perspective” (Paris - November 26, 2019), aimed at laying the foundations for future collaborations between MAC-Brain researchers and other scientists within the HBP Consortium. The Workshop was organized by Prof. Lars Muckli, Dr. Elisa Santandrea, a senior collaborator of Prof. Chelazzi at the University of Verona, and Prof. Alain Destexhe, research director and member of the Integrative and Computational Neuroscience Unit (UNIC) of the CNRS at Gif-sur-Yvette and Director of the European Institute for Theoretical Neuroscience (EITN) in Paris. The main goals of the Workshop were that of boosting an active and stimulating debate, the exchange of different views and expertise, and a concrete and generative connection between experts in the field to jointly reach a deeper understanding of physiological and computational constraints underlying AC.

In light of the enormous opportunity for scientific growth that resides in scientific exchanges, MAC-Brain is actively seeking further collaborations and interactions, as these constitute an important tool to foster theoretical advancements into the broader perspective of the HBP Flagship. The Workshop was a first concrete step in that direction. The Workshop was organized in collaboration with the EITN Team to bring together scientists who investigate perceptual and attentional processing and decision-making. The possibility of exchanging with these researchers, using complementary methods and experimental approaches, is a key ingredient to allow for a comprehensive understanding of the neural and cognitive mechanisms underlying AC and for a successful translation of research evidence into a comprehensive computational framework. The Workshop was a first attempt aimed towards setting solid grounds for the establishment of research networks linking scientists with complementary state-of-the-art methodologies and common scientific interests, devoted to the study of brain mechanisms underlying cognitive functions. 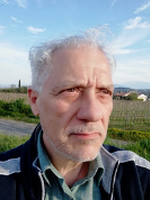 Leonardo Chelazzi obtained a MD at the University of Florence in 1984. He entered a PhD program in Neurological Sciences at the University of Turin, where he explored the role of the cerebellum and of the inferior olivary nucleus in the control of eye movements in the rat. After receiving his PhD in 1989, he spent one post-doctoral year at UNIVR, developing strong interest for visuospatial attention. In 1990 he moved to the NIMH laboratory of Dr Robert Desimone in Bethesda (USA), where he acquired a strong expertise in electrophysiology in awake non-human primates and a profound knowledge of the neural mechanisms underlying selective attention and the interplay between memory and attention. In 1994 he returned to UNIVR, where he established the first laboratory in Italy to investigate visual selective attention (VSA) in awake non-human primates. Since then his neurophysiological approach has been successfully complemented by psychophysical, ERPs and TMS experiments investigating VSA in human participants, both healthy and with brain damage. He is now internationally recognized as a leading figure for the study of the cognitive and brain mechanisms of VSA, which he conceives as an emerging property of selectivity in perception, which confers an adaptive value to perceptual processing under the crucial influence of multiple brain signals. Among his most recent discoveries are the existence of a dedicated supra-modal mechanism in the human brain for the filtering of potential distraction and the crucial sensitivity of attentional mechanisms to the delivery of rewarding feedbacks. 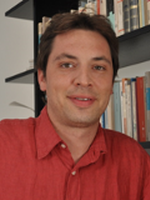 Emiliano Macaluso was awarded his PhD at University College London (UK) in 2000. After working as a PostDoc at the Institute of Cognitive Neuroscience (London, UK), in 2004 he moved to the Fondazione Santa Lucia (Rome, IT), where he set up and directed the Neuroimaging Laboratory. Since 2015, he is Professor of Neuroimaging at the UFR Bioscience of University Claude Bernard Lyon 1, and carries out his research at the ImpAct team of the CRNL-InsermU1028. His main research interests concern the neural basis of multisensory integration, space perception, attention and memory. Most recently, his research has focused on the interplay between different cognitive systems (e.g., attention, memory) during the processing of complex and naturalistic stimuli. He has used several brain imaging and behavioral techniques, including fMRI, PET, ERPs, and analyses of eye-movement patterns. Being interested in the dynamic changes of functional coupling between brain areas, he has become an expert in inter-regional analyses of functional and effective connectivity. He received a Starting ERC grant (MindTravel) in 2010. 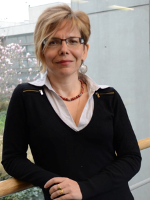 Suliann Ben Hamed was awarded her PhD at the University of Marie Curie, Paris, in 1999. After a first PostDoc at Institute of Physiology of Parma University, Italy, in 2000, and a second PostDoc at the Brain and Cognitive Science Department at the University of Rochester, NY, USA, in 2001-2002, she became a tenured research scientist at the CNRS in 2002. She is now research director with a dual internationally recognized expertise in non-human primate cortical neuronal recordings, as well as in non-human primate fMRI. She is part of the Labex CORTEX, a 2021-2026, Research Excellence program grant, and received a Consolidator ERC grant (Brain3.0) in 2016. Her research focuses on the study of the neural bases of space and peripersonal space representation, spatial attention, eye movements. She has a special focus on the contribution of the parietal and prefrontal cortex in these cognitive functions. In recent years, and of relevance to the MAC-Brain project, she has in particular introduced novel machine learning techniques to analyze dense multi-electrode recordings, and track attention in real-time (Astrand et al., Current Biology, 2016). Using this approach, she has demonstrated that attention explores space rhythmically, alternating between top-down driven exploitation of information available in advance and bottom up exploration of novel unexpected information (Gaillard et al., Nat. Comm. , 2020). 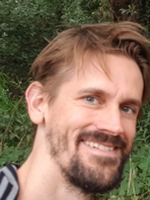 Dr. Boehler obtained separate Master degrees in Psychology and Neuroscience at the University Magdeburg (Germany), where he also completed his PhD in Neuroscience at the Leibniz Institute for Neurobiology in 2007. After post-doctoral work in Magdeburg and at the Center for Cognitive Neuroscience (Duke University, USA), he was appointed as lecturer at Ghent University in 2011, and got promoted to tenured senior lecturer in 2016. Dr. Boehler’s research revolves around attentional control, motivation, and cognitive control, with a special focus on their mechanistic integration. He has expertise in numerous cognitive-neuroscience methods (MEG, EEG, fMRI, eye tracking), as well as in their integration (fMRI-EEG; fMRI/EEG-pupillometry), and advanced analysis techniques. 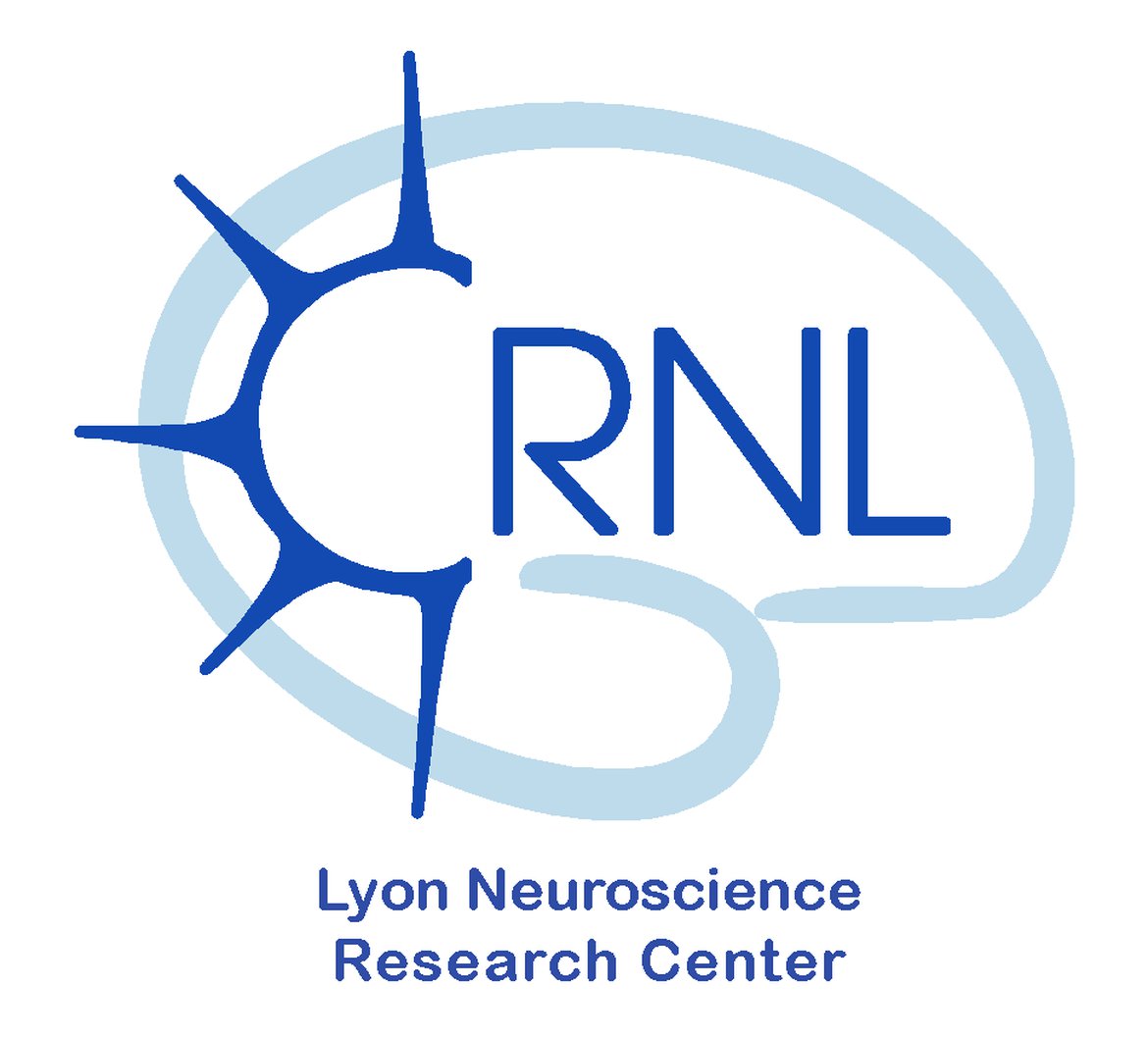 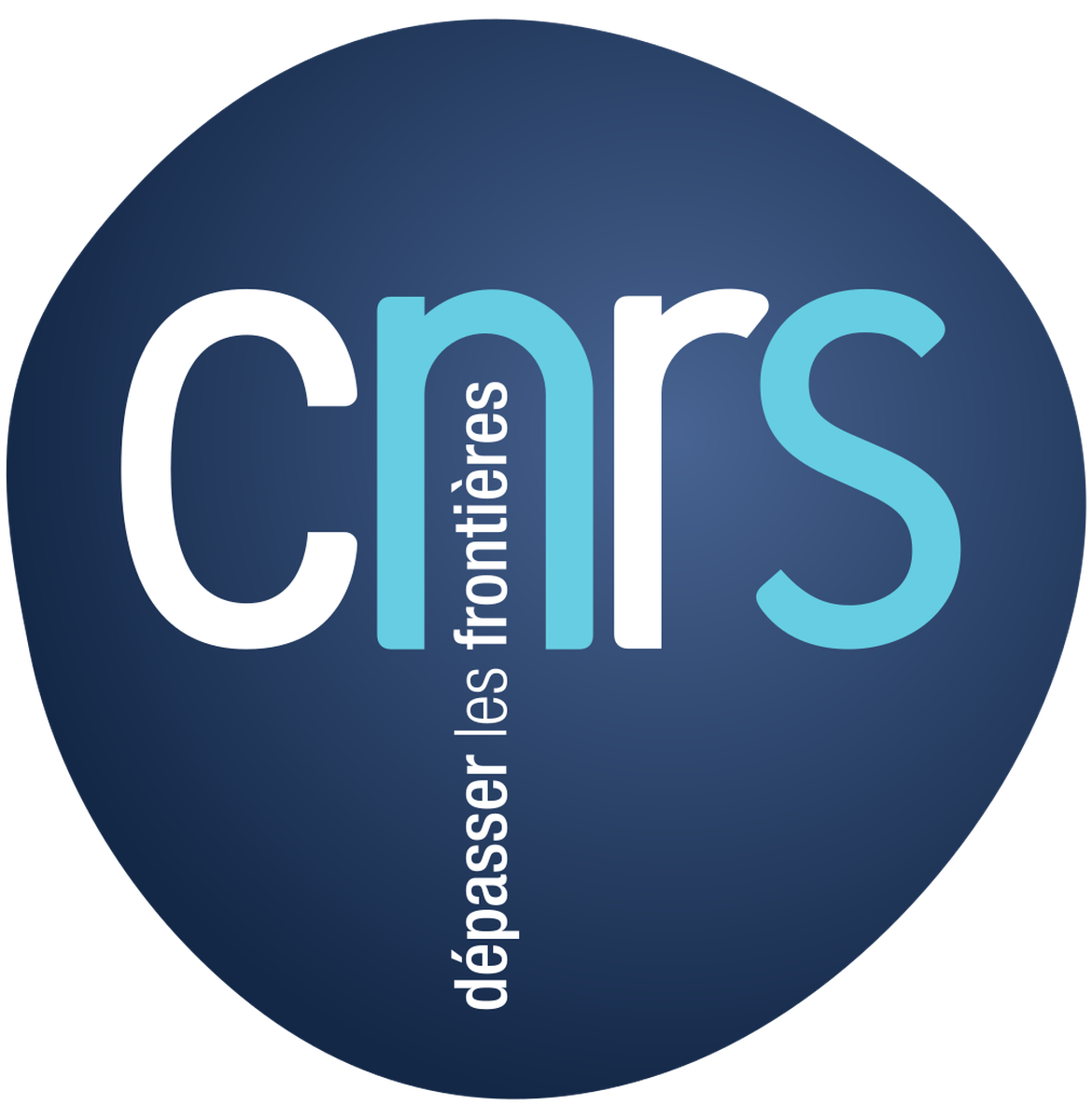 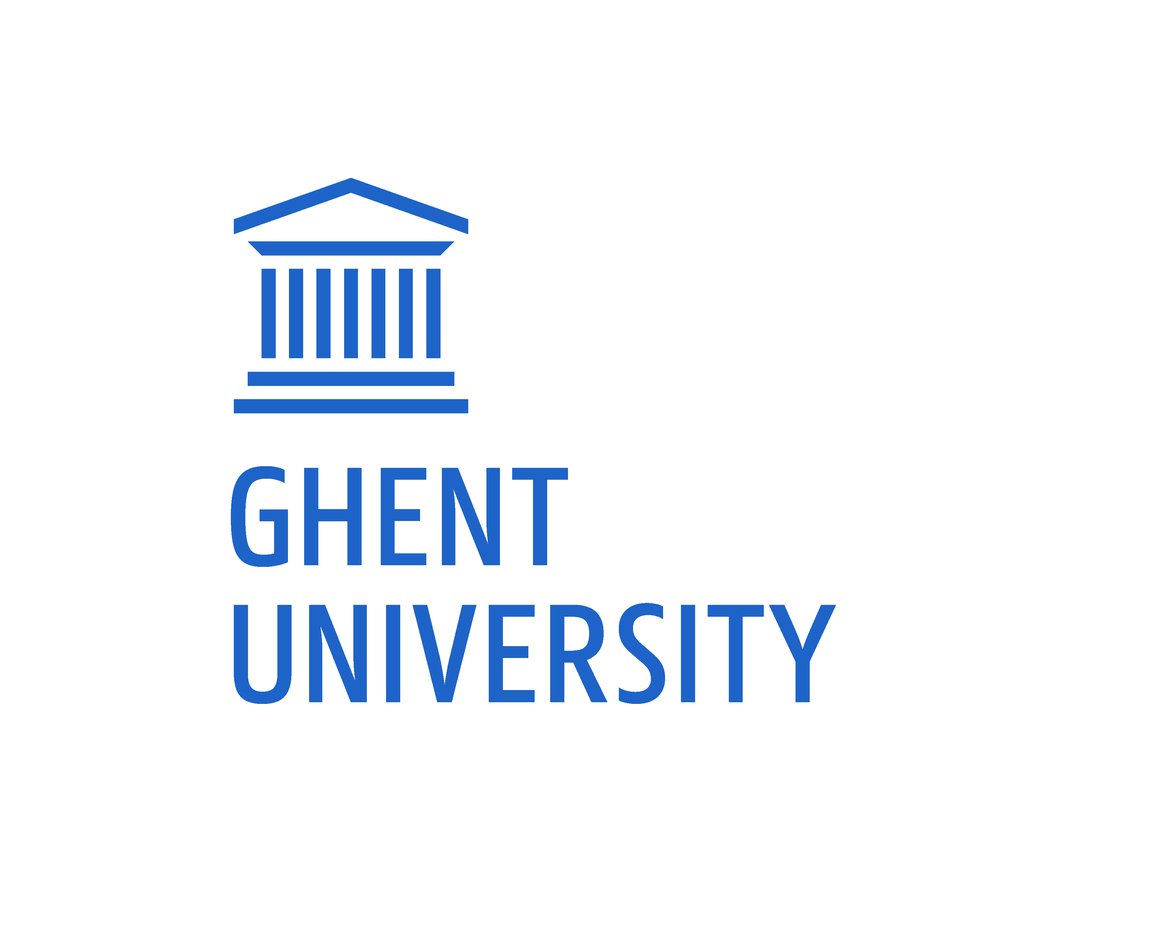