Alice Geminiani (working with CerebNEST and SP6) was awarded the Massimo Grattarola award for the best PhD thesis in Italy in the field of neuroengineering and biotechnology.

The cortico-cerebellar circuit forms complex loops strongly involved in sensorimotor control and they turned out to be compromised in most of neurological movement disorders. However, it is still not clear which role each one plays and how the neural plasticity tunes such loops.

The cortico-cerebellar circuit, including the thalamus and the basal ganglia as signal integrators, form complex loops strongly involved in sensorimotor control and they turned out to be compromised in most of neurological movement disorders. However, it is still not clear which role each one plays (e.g. acquisition of internal models, selection of motor patterns, inhibition of competing motor patterns) and how the neural plasticity tunes such loops (D’Angelo et al., 2016 Front Cell Neurosci, Casellato et al., 2015 Front Comput Neurosci). 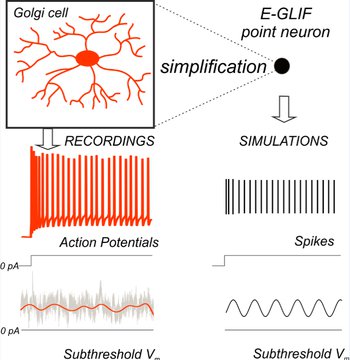 Focusing on the cerebellum as a starting point, in order to propagate microcircuit properties to the integrative system level, neuron simplification and embedding into large-scale network models are needed.

This process can be best performed starting from detailed NEURON models and transforming them into PyNEST code. These PyNEST network models can be subsequently connected to other modelled brain structures and tested into relevant protocols. The goal of this project is to transform and further develop the NEURON codes of the cerebellar network into PyNEST and to embed the new code into the virtual mouse robot.

A large-scale neural network of the cerebellum as point-neuron detailed circuit (NEST), with cell-specific neuron models and plastic connections, will be enriched with geometric information (coming from the Allen Mouse Brain Atlas – Erö et al., 2018 Front Neuroinf). It will be tested in closed-loop simulations as stand-alone circuit and then it will be connected to input/output structures in the virtual mouse robot (sensorimotor plant, Falotico et al., 2017 Front Neurorob). 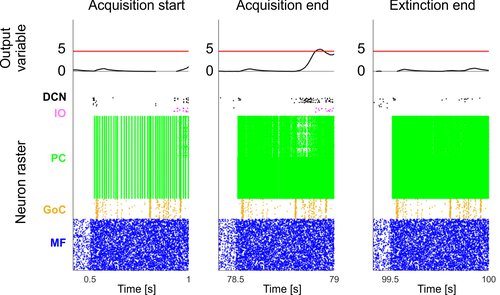 The PyNEST network will be built joining multi-domain knowledge, from neuron properties, in-vitro information to large-scale network dynamics. The embedding into virtual system will develop decoding and encoding strategies.

From the first simulations with the stand-alone cerebellar network to the final fully integrated model, it will be possible to associate neuron spiking patterns and network dynamics to behavioural outcomes during sensorimotor tasks (Casellato et al., 2014 PlosOne). In fact, the developed tool aims at reproducing realistic neural dynamics, while being computationally efficient to drive closed-loop simulations. 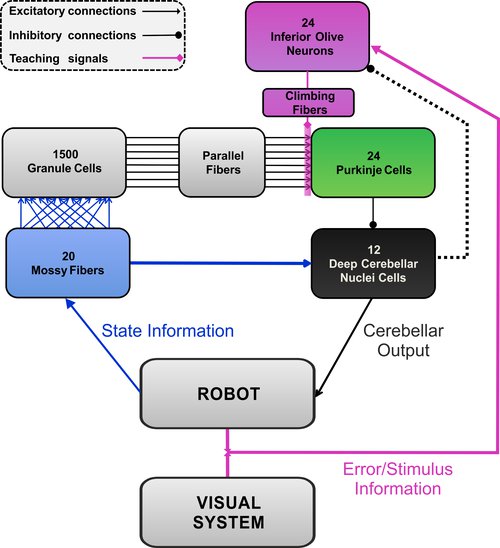 This project, through its connections HBP, will provide important advancements to cerebro-cerebellar circuits functional modelling, eventually integrating the PyNEST codes into the virtual mouse robot.

The integration foreseen by CEREBNEST will be carried out by a multi-scale approach, from microcircuit mechanisms (based on neurophysiological experimental data and detailed model information) to behavioural outputs in virtual behaving platform.

The exploitation of neurophysiological experimental data on the cerebellum should allow more and more realistic reconstruction and integrative maps of cerebellar networks, while the computationally efficient final network will allow controlling the virtual mouse robot developed in the Neurorobotics Platform and other robots.

The outcome of the project will be available to the whole HBP community and, in general, to the cerebellar research community.

The result will be a systematic update and validation of the developed network based on experimental data and detailed models, together with the evaluation of requirements to integrate the cerebellar network with the sensory-motor circuit model and the control system of the virtual mouse.

CerebNEST has tight collaborations with both the neurophysiologists of the University of Pavia (UNIPV, SP6), who ensure 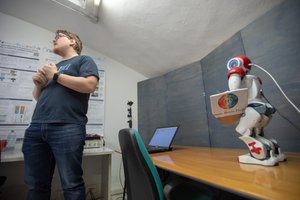 compliance with the biological evidence, and with the roboticists of the École Polytechnique Fédérale de Lausanne (EPFL, SP10), the Technical University of Denmark (DTU, SP10), and Scuola Superiore Sant'Anna Pisa (SSSA, SP10). Indeed, the same cerebellar controller developed in CerebNEST can be embedded into multiple robotic platforms, exploiting its learning capabilities in multiple contexts and paradigms. 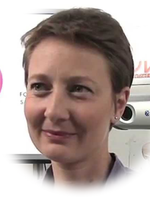 Associate professor and research leader of the Neuroengineering Section of the Nearlab. She has a Ms degree cum laude in Electronic Engineering and a PhD in Bioengineering. She currently teaches Neuroengineering to Master students and Medical Instrumentation to Undergraduate students of the Biomedical Engineering School at the Politecnico di Milano. She is co-author of more than 80 peer-reviewed papers, international conference proceedings and book chapters (ORCID orcid.org/0000-0001-9957-2786). Her research interests include: experimental and simulation studies on motor control and motor learning, with special focus on cerebellum network, and design of robots and neuroprostheses for the rehabilitation and assistance of neurological people. 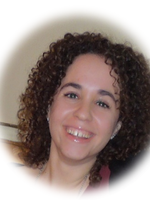 Alice Geminiani got her Ms degree in Biomedical Engineering at Politecnico di Milano in April 2015. Since November 2015, she is a Bioengineering PhD student of Politecnico di Milano at the Nearlab. Her research concerns computational neuroscience applied to the cerebellum, focusing on realistic Spiking Neural Networks, plasticity mechanisms and single neuron models with the goal to investigate pathological conditions involving cerebellar damages. She is working in close collaboration with neurophysiologists from the University of Pavia and the Erasmus Medical Center, where she spent a period as a visiting student. In addition, she has been working also on projects regarding in vitro recordings of neuronal network activity and the development of embodied mirroring setups for autistic children therapy. 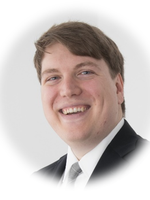 Alberto Antonietti has completed his Ph.D. in Bioengineering in May 2018 (cum Laude), working at the Nearlab of Politecnico di Milano. He has leveraged the realistic models of the cerebellum to investigate the effects of Transcranial Magnetic Stimulation (TMS) on cerebellar learning. During his Ph.D., he spent 4 months at EPFL and Blue Brain Project laboratories at Geneva to do an internship. He worked in the framework of Human Brain Project (HBP), collaborating in the generation of an integrated version of the cerebellar model in the whole point-neuron reconstruction of the mouse brain. His contribution to the neuroinformatics field has been recognized by travel grants and awards, among those the “Massimo Grattarola” Price, for the best Ph.D. dissertation in Neuroengineering in 2018.

Geminiani, A., Casellato, C., D'Angelo, E., and Pedrocchi, A. (2016). Simulation of plasticity damage in the cerebellar cortex during cerebellum-driven tasks. In Neuroinformatics 2016, volume 10.

Geminiani, A., Antonietti, A., Casellato, C., D’Angelo, E., and Pedrocchi, A. (2016). A computational model of the cerebellum to simulate cortical degeneration during a pavlovian associative paradigm. In IFMBE Proceedings, 1063--1068.