The organisational complexity of the cerebral cortex limits our understanding of its operation. Most studies focus on single aspects of cortical organization, yet an adequate understanding of the integration mechanisms of the brain at circuit level is missing. The goal of this project is to shed light on the multiscale organization of cortical computation by integrating neuronal and population activities with inter areal interactions. We aim to understand: i) whether the canonical architecture can be actually observed in a cortical circuit subserving multisensory integration, ii) the roles of different neuronal subpopulations in modulating feedforward and feedback processing and iii) whether such architecture is preserved across mammals. These goals will be assessed from a multi-level perspective, including whole-cell and ensemble recordings in awake animals performing multisensory integration tasks, and a neural model, performed over the collected data to extrapolate core functional architectures. Our project will reveal the microcircuit, columnar mechanisms of cortical processing related to the exchange of information across brain areas.

Within the CANON project, we are collecting electrophysiological data on the microcircuit bases of sensory processing in cortical areas. Specifically, we are focusing on the columnar organization of cortical sensory responses in mice and ferrets. This objective is tightly linked to that of SP1, which is focused on studying the anatomical architecture of the cortical column.

The aim of this collaboration is to develop a common approach to integrate anatomical and functional data. This applies to currently ongoing experiments and future experiments within the context of SP1, in collaboration with teams from other technical expertise. We are focused on developing a common experimental platform, aiming to generate a unified anatomic and functional dataset that can be curated and incorporated at HBP repositories. These steps are essential in the generation of more detailed and realistic models of cortical function. 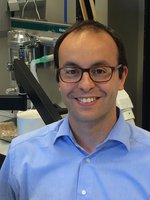 Conrado Bosman received his MD from the University of Chile in 2000, and his PhD in biomedical sciences from the Catholic University of Chile in 2005. He is currently appointed as Assistant Professor at the Cognitive & Systems Neuroscience group within the Swammerdam Institute for Life Sciences at the University of Amsterdam. His research is focused on the role of long-range neuronal communication during audio-visual multisensory integration and cross-modal attention in ferrets, using combined multi-scale recordings ranging from neuronal ensemble to cortical LFP. During his postdoc, he contributed to the development of chronically implanted high-density cortical electrode grids to study neuronal integration during visual attention in non-human primates under the supervision of Pascal Fries at the Donders Institute for Brain, Cognition and Behaviour in Nijmegen, The Netherlands. During his PhD, he worked with Francisco Aboitiz, studying dysfunctional cortical oscillations in schizophrenia patients using EEG recordings. 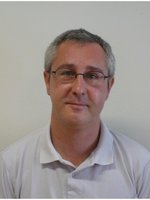 Dr Luc Gentet studied Physics as a bachelor student in London. During his PhD studies under the supervision of Dr Greg Stuart in Canberra, Australia, he investigated glycine receptor channel activation kinetics and directly measured the specific membrane capacitance of neurons. In his first postdoctoral period (2001‐2003), he joined the laboratory of Dr Daniel Ulrich to investigate synaptic transmission in the thalamus. During a second postdoctoral period with Dr Stephen Williams (2004‐ 2006), he studied the impact of dopamine auto‐inhibition on signal propagation in dendrites of dopamine cells. Finally, he joined Prof. Carl Petersen's lab (2007‐2011) where he perfected the technique of in vivo whole‐cell targeted patch‐clamp recordings in awake mice, with the aim of obtaining a causal and mechanistic understanding of the role and function of GABAergic interneurons in sensory processing. He was appointed PI at the University of Amsterdam in 2011 and obtained a permanent research position at INSERM in 2014. 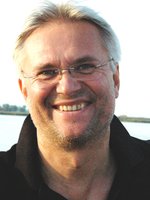 Dr László Négyessy is a senior research fellow who graduated as a biologist at the Eötvös Loránd University, Budapest, and later received his PhD in experimental neuroscience at the University of Pécs, Pécs, Hungary. Dr Négyessy works in fields related both to theoretical and experimental brain research. Hismajor field of interest is the structural and functional organisation of the cerebral cortex, especially in primates. Négyessy is also associated with the Semmelweis University, Budapest, where he leads a group in the Department of Anatomy, Histology and Embryology. Here his work is focused on the exploration of neuronal connections in relation to functional representations of the primate somatosensory cortex. From 2005-2008 he was awarded the János Bolyai Research Scholarship of the Hungarian Academy of Sciences. His research has been and is supported by the Fogarty International Collaborative Award, NIH, and the Hungarian National Research Fund. 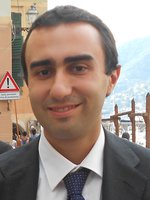 Dr Umberto Olcese is an assistant professor in the Cognitive and Systems Neuroscience Group at the University of Amsterdam, and is the joint coordinator of the CANON project. He is an expert in several of the most relevant technologies for investigating neuronal activity in vivo in rodents: extracellular ensemble recordings, optogenetic manipulations of genetically identified neuronal populations, two-photon calcium imaging, whole-cell recordings, EEG and LFPs, advanced signal analysis, and modelling. During his PhD (Scuola Superiore Sant'Anna, Pisa, Italy) he worked under the supervision of Professor Giulio Tononi (University of Wisconsin-Madison, USA), with whom he investigated the modulation of neuronal firing rates and synchrony as a function of the wake/sleep cycle. During his Postdoc (Italian Institute of Technology, Genoa, Italy) he worked with Dr Paolo Medini, and realised the first microcircuital characterisation of multisensory integration in the mouse parietal cortex. 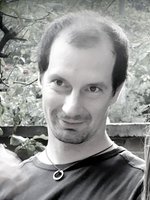 Dr Zoltán Somogyvári holds an MSc in physics and a PhD in neuroscience, and is currently a senior research fellow. His main interests are related to the mathematical analysis and development of new data analysis methods for multi-microelectrode potential recordings, in order to reveal synaptic current distribution on single neurons in the spatial information processing in the Hippocampal and Entorhinal system, and changes in the cortical dynamics during epileptic seizures. He has published several papers on analytical and semi-analytical descriptions of cortical computation and dynamics. He led research in Wigner RCP s part of the EC project ICEA- Integrating Cognition Emotion and Autonomy (IST-027819-IP) from 2006-2009. Currently, he is supported by a National Research Fund grant entitled "Micro-electric imaging: modelling, source reconstruction and causality analysis for multi-electrode arrays".