This project aims at optimizing a model of hippocampal neurons within the CA1 sub-circuit that mimics early alterations observed in Alzheimer’s disease. An experimental team (Dr Marie, IPMC, France) and a neurocomputional team (Dr Migliore, CNR, Italy) will collaborate to generate this model.

The scientific question to address is what are the changes in the intrinsic electrophysiological properties of neurons affected by Alzheimer’s Disease (AD).

AD is one of the major health challenges of the 21st century affecting millions of elderly worldwide. There is currently no cure or effective palliative therapy for this disease and its etiology remains unclear. Several lines of evidence obtained in AD animal models and AD human patients point to progressive neuron dysfunction, loss of cellular homeostasis, especially of neurons of the enthorhinal cortex and the hippocampus. This network imbalance is believed to underlie progressive memory loss, the earliest clinical alteration of AD. These alterations become exacerbated with age, which represents the first risk factor for this disease. Using patch clamp electrophysiology, we and others have observed alterations in neuron intrinsic excitability profiles in glutamatergic neurons of these key brain structures in different mouse models. Yet, no effort has been made thus far to harmonize these available data and to complete this analysis to obtain robust in silico models of disease neurons. We aim at filling this gap with a productive experimental/in silico collaboration.

Using available published data, electrophysiological traces in CA1 neurons of the hippocampus we already obtained, and new data to be generated in a mouse model at different ages, we plan to use the HBP platforms for in depth analysis of neuron intrinsic properties with the goal to generate comparative physiological (wild-type littermates) and pathological (AD) age-dependent neuron models.

We will use the Neuroinformatics Platform to upload the traces, the Brain Simulation Platform (BSP) to analyze the data and launch simulations, and the HPAC Platform to carry out the simulations. To date, a clear understanding of how AD affects the intrinsic properties of glutamatergic neurons is still missing. The tools available on the HBP infrastructure (and especially those in the BSP) provide a very effective, integrated and productive environment for implementing and running simulations, visualization and analyses of the experiments and findings; these tools would require a long and expensive effort to be arranged locally, in terms of human resources and technical expertise. Instead, the BSP would allow to relatively quickly set the gold standard in terms of hippocampal CA1 pyramidal cell models under AD conditions. This, and the investigation of the possible treatments using these models, would generate knowledge that would be beyond the current state of the art. In the long term, the effect at the CA1 network level can be explored using the full scale CA1 model circuit developed by SP6 and available within the HBP. 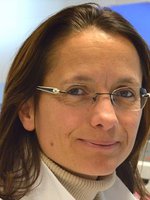 Hélène Marie obtained her PhD in Neuroscience in 2000 as a member of the 4 Year Welcome Trust PhD Program in Neuroscience of the University College London, UK, and then spent four years at Stanford University, USA, in the laboratory of Prof. Robert Malenka for her post-doctoral fellowship.  In 2005, she set up her own group as junior faculty at the European Brain Research Institute in Rome, Italy. In 2010, after 18 years abroad, she came back to her home country and integrated the CNRS to start her independent team at the Institute of Molecular and Cellular Pharmacology in the south of France. By combining in vivo viral mediated expression of recombinant proteins, patch-clamp electrophysiology and analysis of rodent behavior in mouse models, a main focus of her research group is the analysis of physiopathological mechanisms of synaptic plasticity and intrinsic neuronal excitability in the context of Alzheimer’s disease. 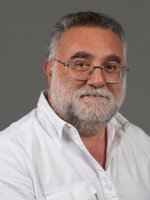 D.Phil. in Physics (1980, Summa cum Laude, University of Palermo, Italy). Director of the Palermo Section of the Institute of Biophysics (National Research Council, Italy, 2015-2017), Visiting Professor of Cybernetics at the Department of Mathematics and Informatics of the University of Palermo (Italy), Visiting Professor of Computational Neuroscience at the University of Rome "La Sapienza" (Italy), and Visiting Scientist at the Department of Neuroscience of the Yale University School of Medicine (New Haven, USA). His lab is involved in modelling realistic neurons and networks, synaptic integration processes, and plasticity mechanisms. The main long-term goal is to understand the emergence of higher brain functions and dysfunctions from cellular processes, implementing new tools and using state of the art simulation environments on different supercomputer systems.